Deep low and windstorm over the North Sea on Sunday, March 17th, 2019

A deep cyclone will develop over the North Sea late on Saturday and early on Sunday. It will bring storm force winds to parts of the North Sea and the coast of south Norway and NW Denmark.

A rapidly deepening cyclone was passing across the northern parts of the British Isles early on Saturday, tracking towards the North Sea. It is expected to further rapidly deepen, to a mean sea level pressure between 960 and 970 mbar early on Sunday, as it tracks from the North Sea into south Norway and towards south Sweden. 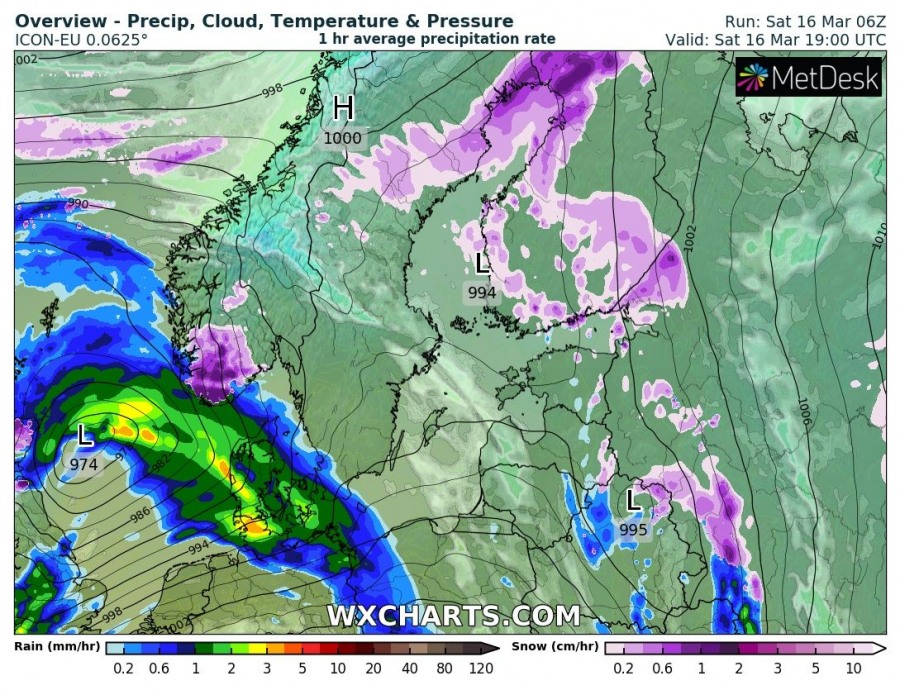 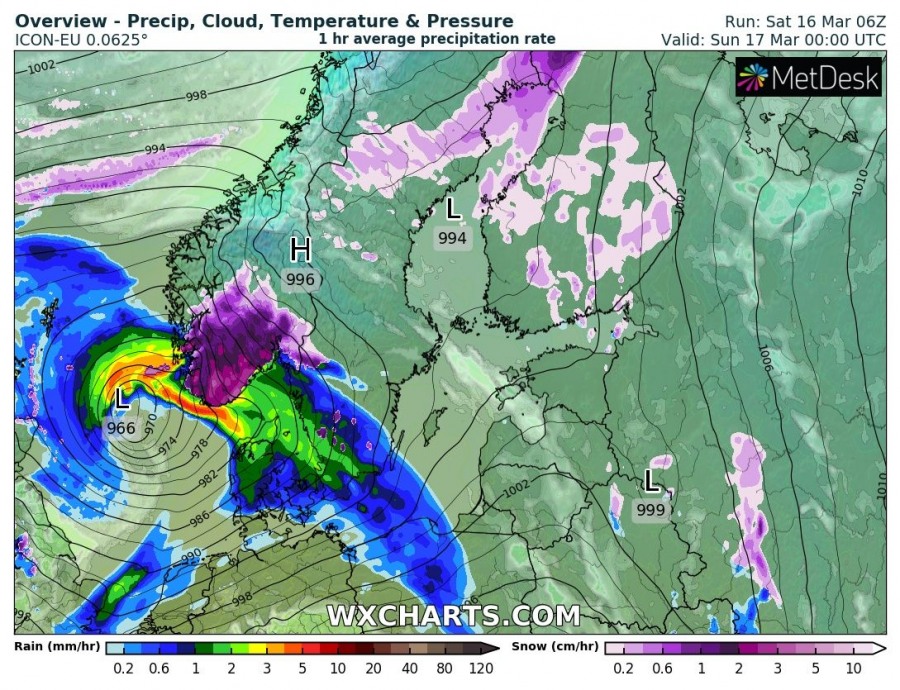 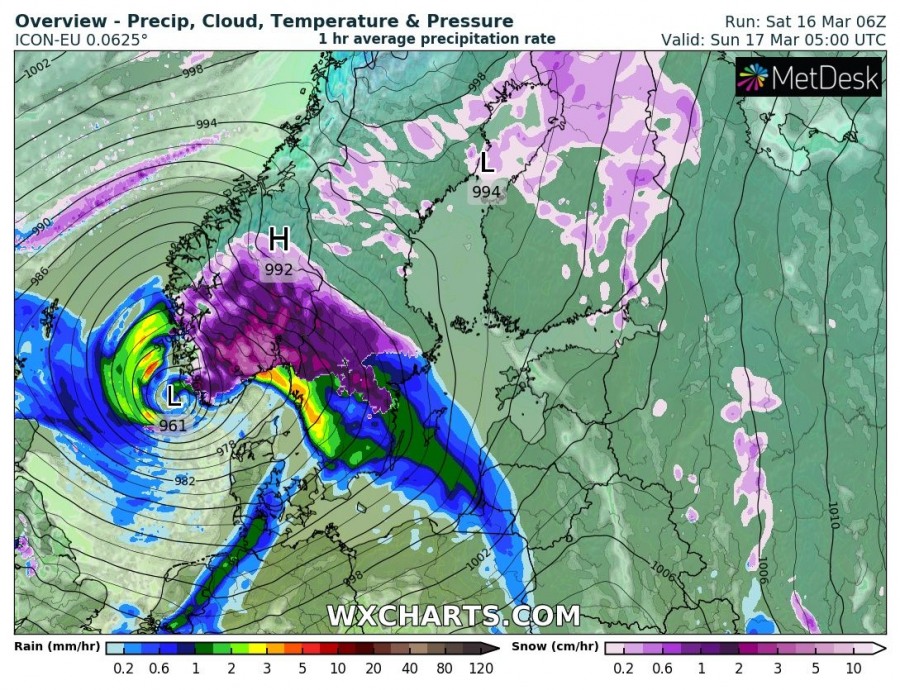 Peak wind gusts of 100-130 km/h are expected along the southern coast of Norway, up to about 100 km/h along the NW coast of Denmark. 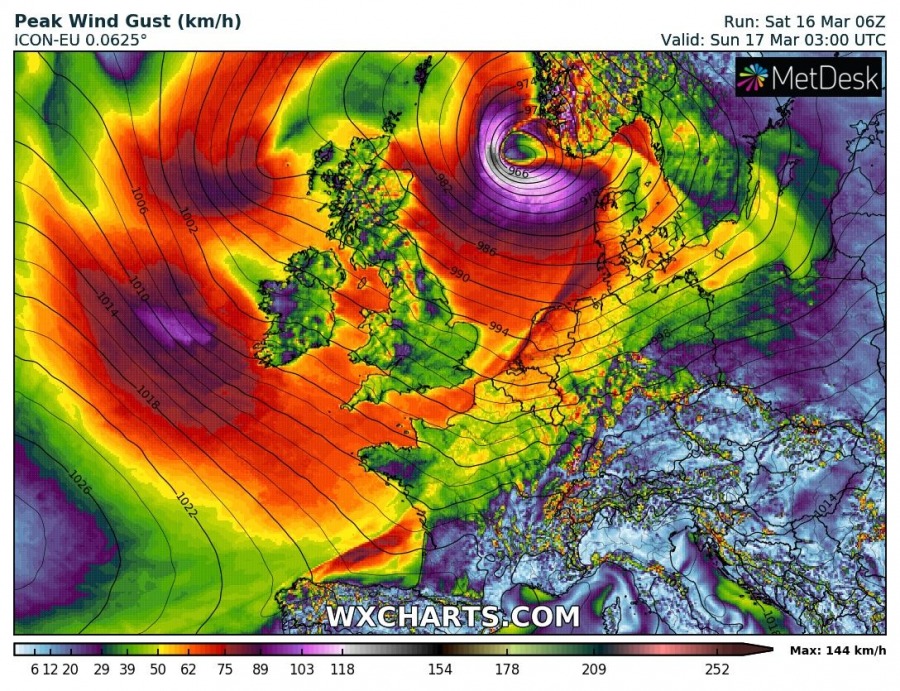 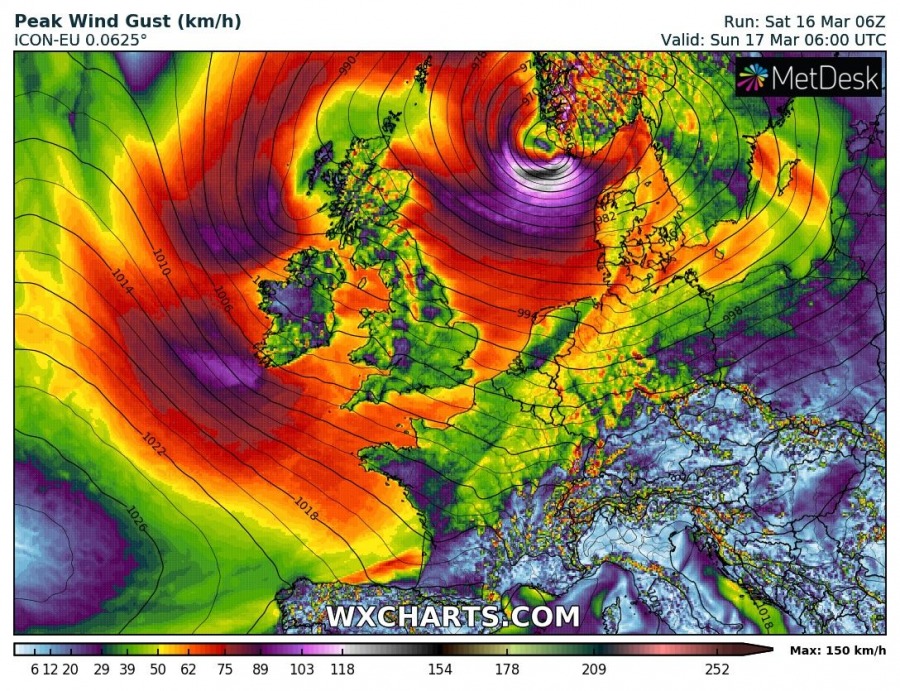 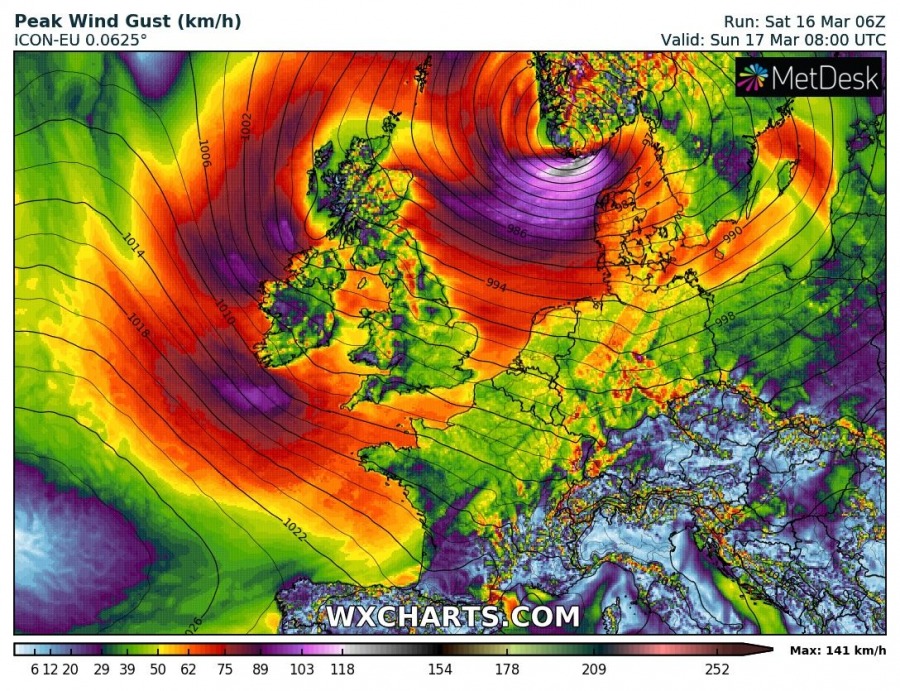 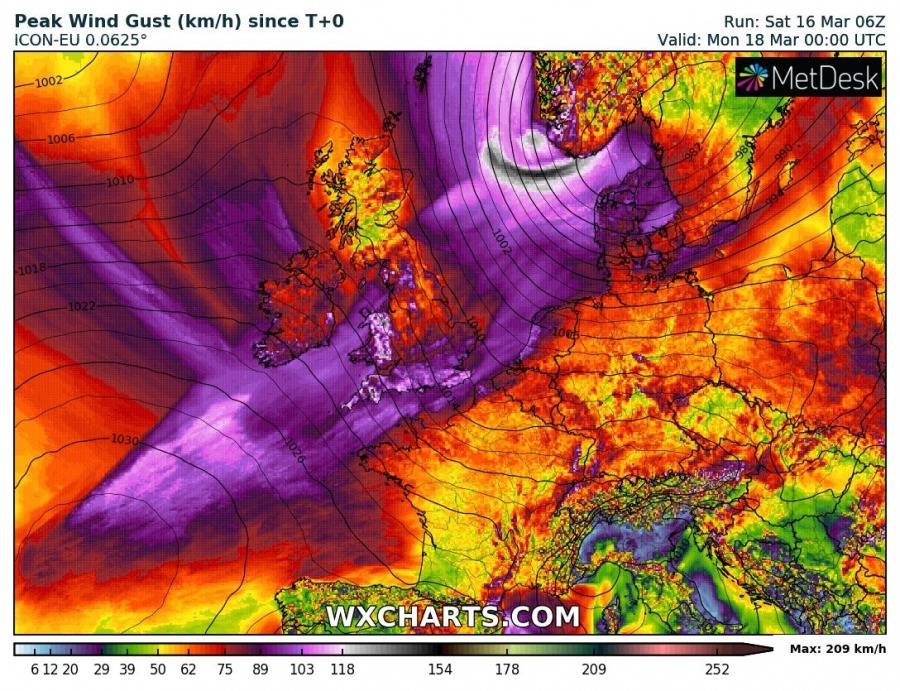 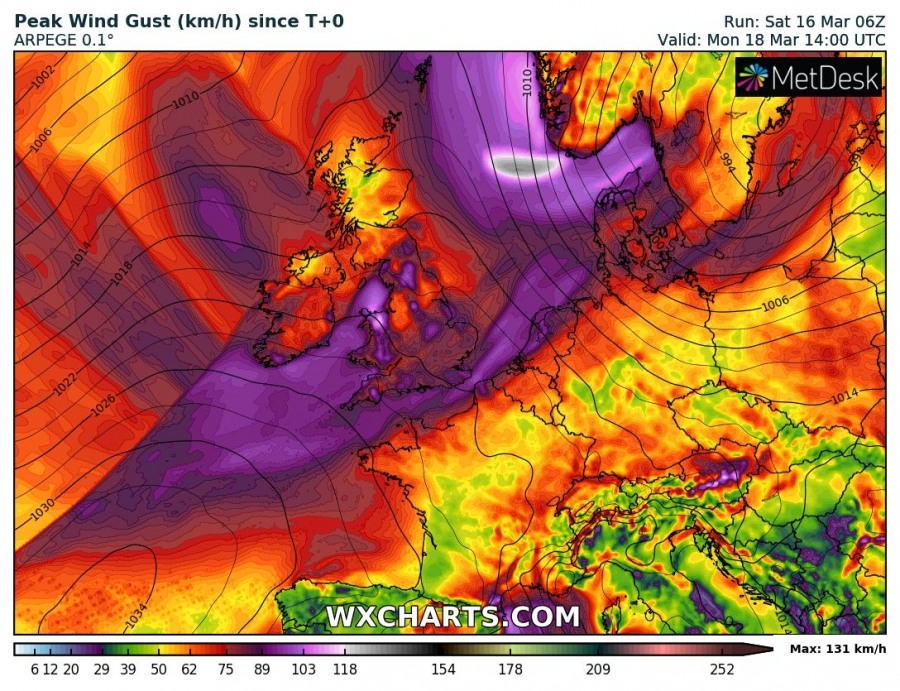