A deep and intense cyclone will develop over the North Atlantic tomorrow and will push into the British Isles on Saturday, March 2nd. The cyclone will bring severe to extremely severe wind gusts and also major waves to the coastal areas of north Ireland, Northern Ireland and western Scotland.

The pattern supporting this evolution is characterized by a deep trough over the north Atlantic where several waves are resulting in surface cyclones. 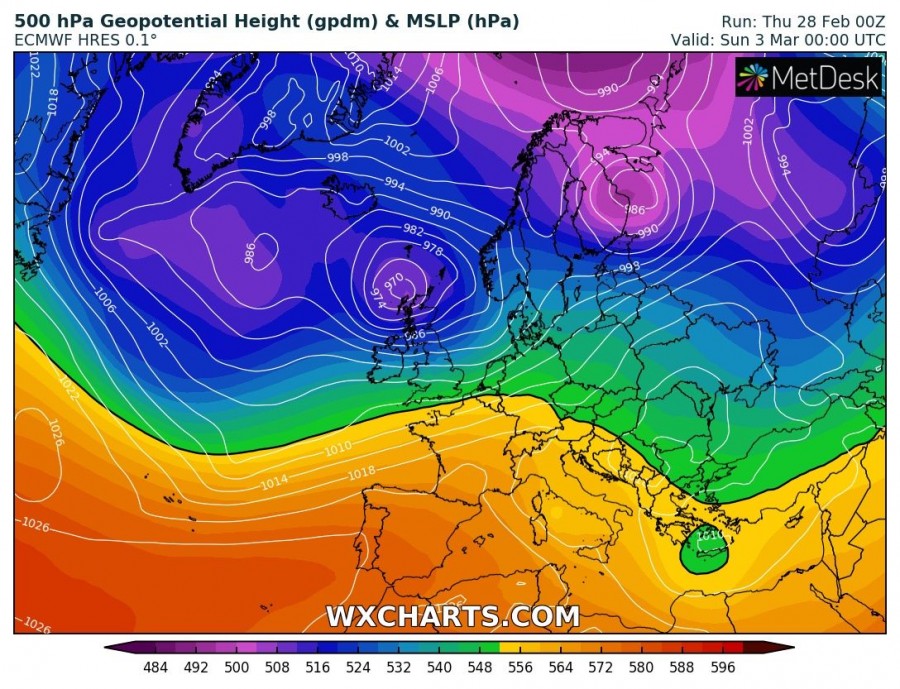 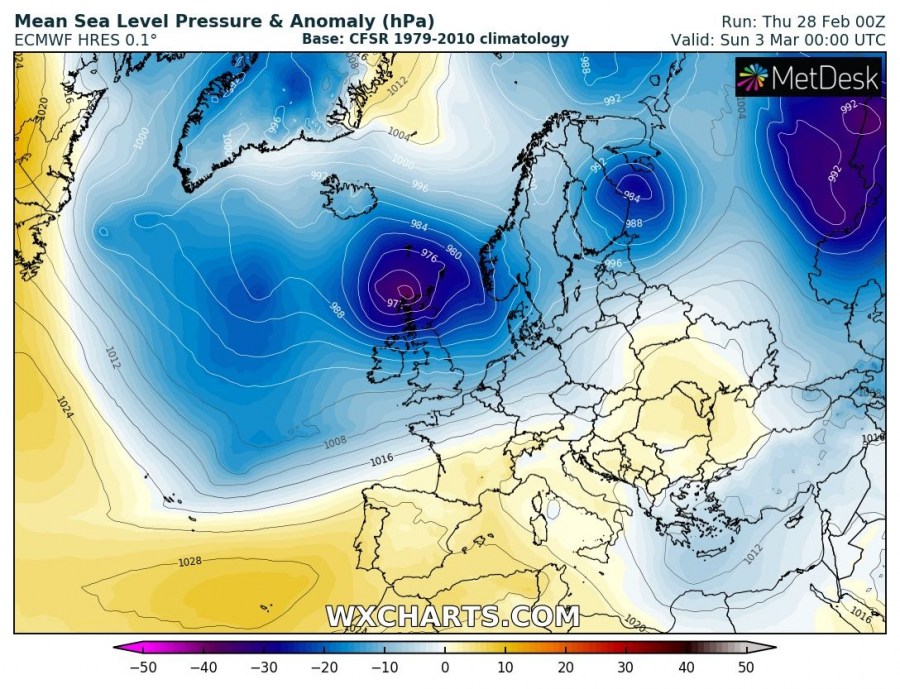 Attached is a 6-hour sequence of the peak wind gusts associated along the cyclone’s track, rapidly moving in from the north Atlantic across the northern parts of the British Isles and Ireland. Cyclone deepens below 965 mbar by Saturday morning and continues moving east/northeast during the day. It is expected to bring severe winds in the late afternoon and evening hours, first into Ireland and Northern Ireland. Overnight, the severe wind threat spreads across Scotland. 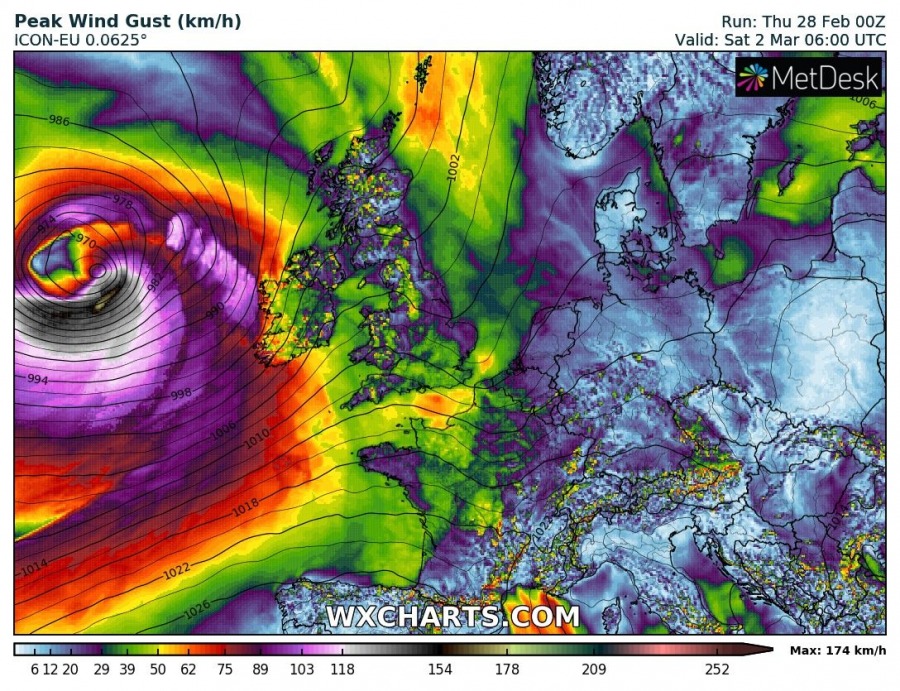 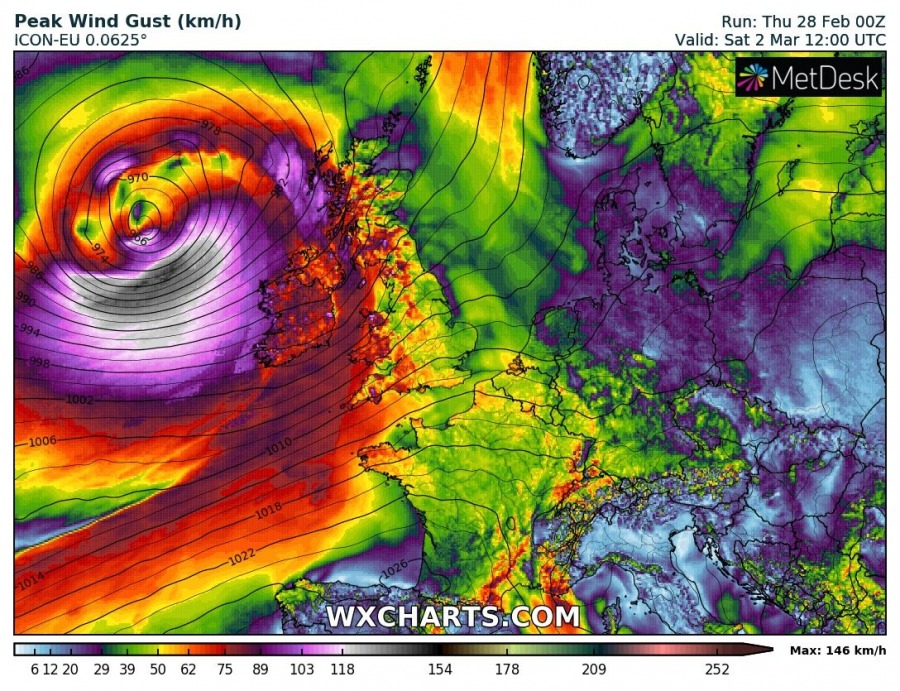 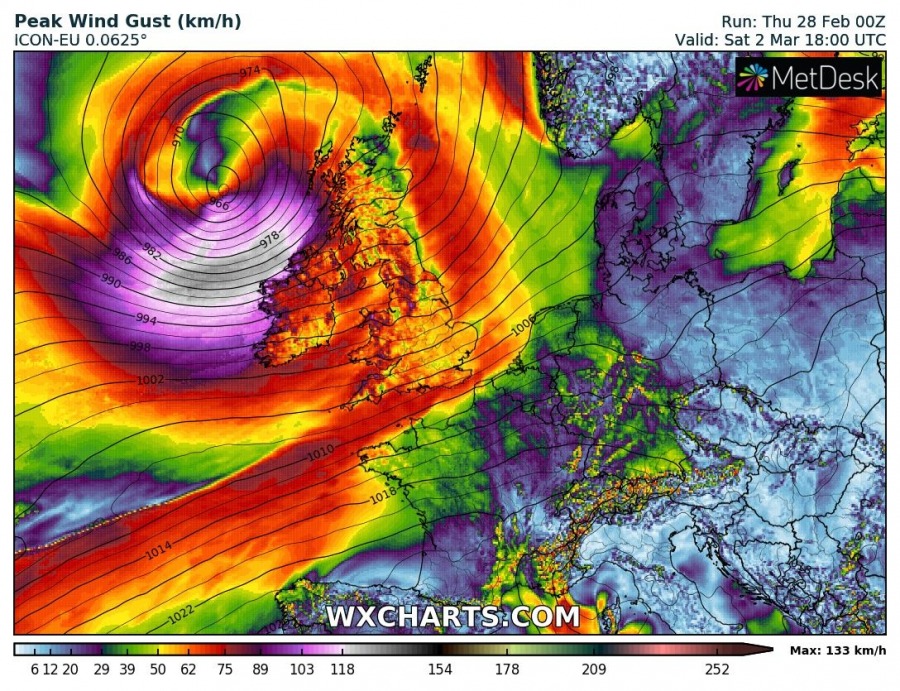 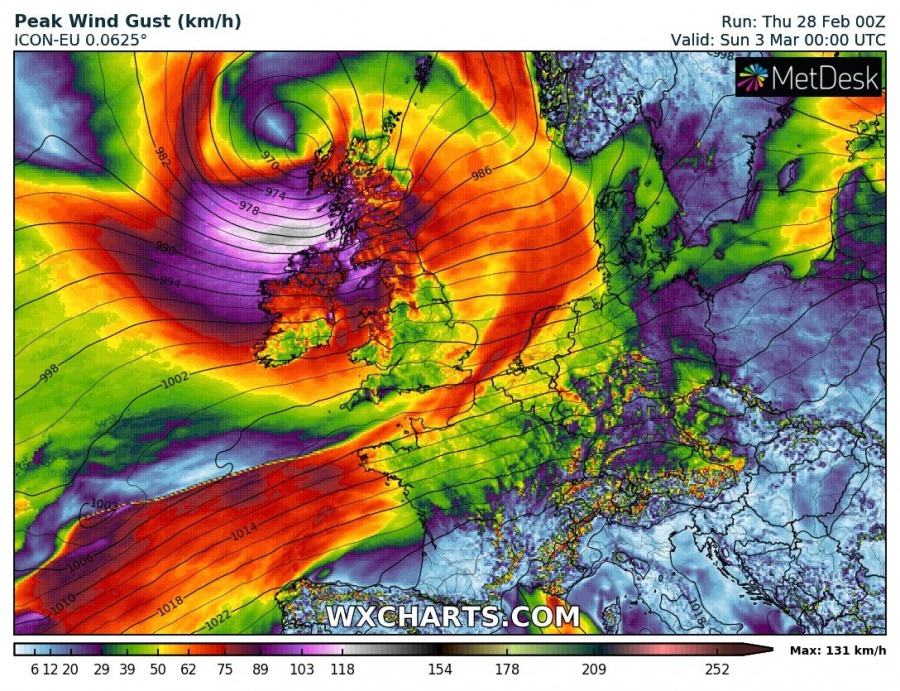 Peak wind gusts based on the ICON-EU, ARPEGE and GFS models until late Saturday’s night. Although the strongest gusts should likely remain over the open waters west of the British Isles, peak gusts will likely reach 100-130 km/h across parts of the Northern Ireland and Scotland. Indeed even stronger gusts in excess of 150 km/h are likely across the higher elevations (e.g. Scottish Highlands). 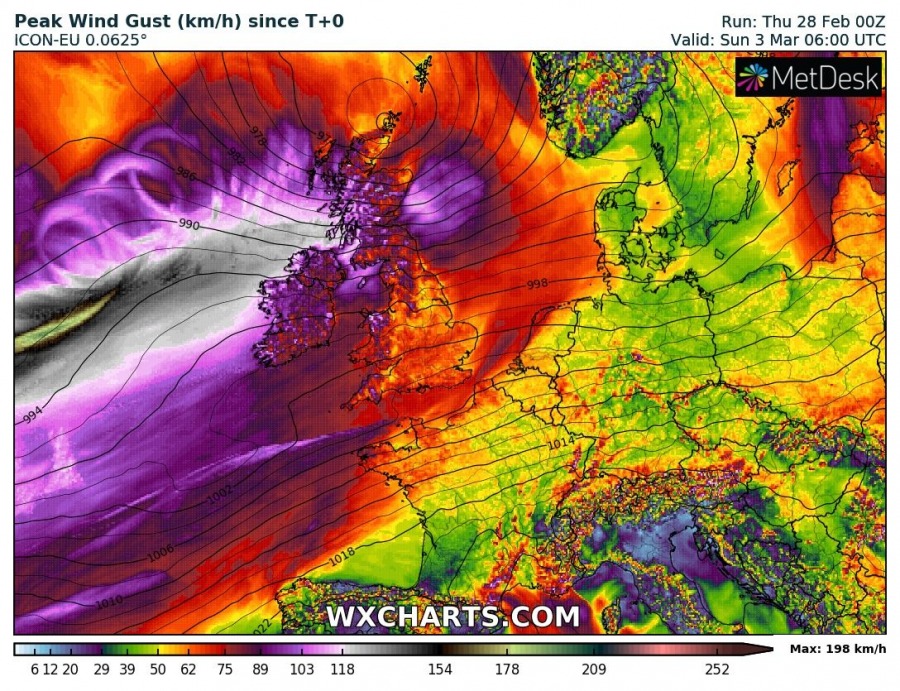 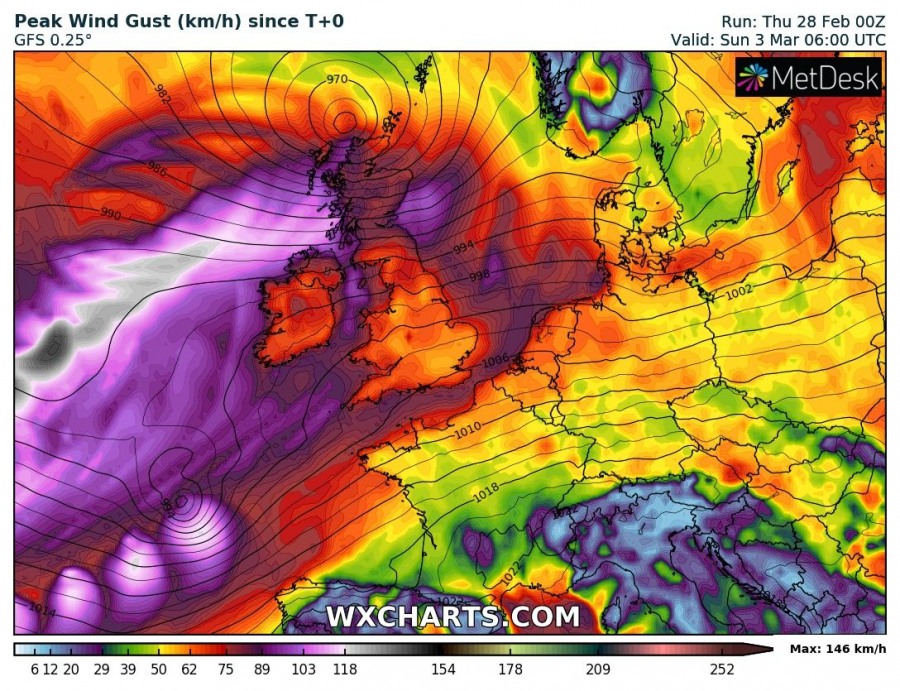 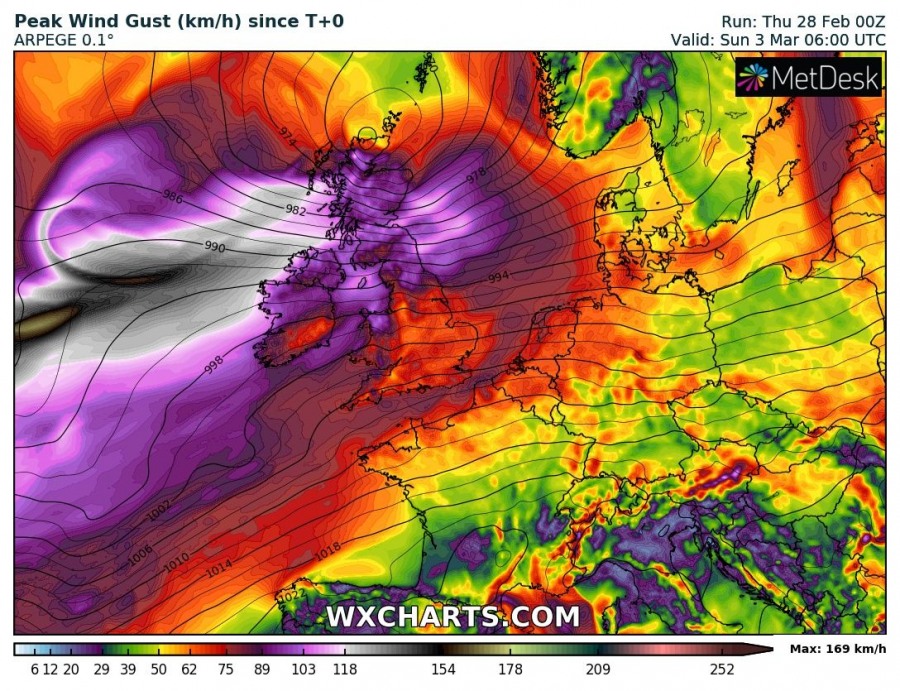 Major waves will develop along the strong wind field associated with the cyclone’s track across the North Atlantic and push towards the British Isles. Large wave heights are likely, maximum waves could exceed 10 meters! 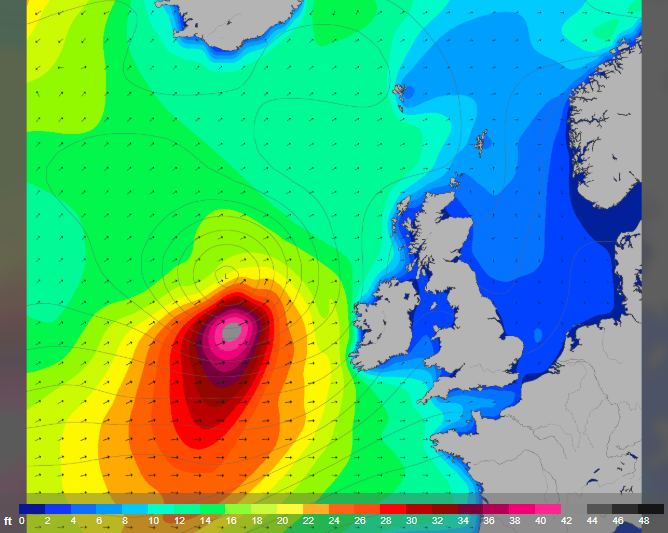 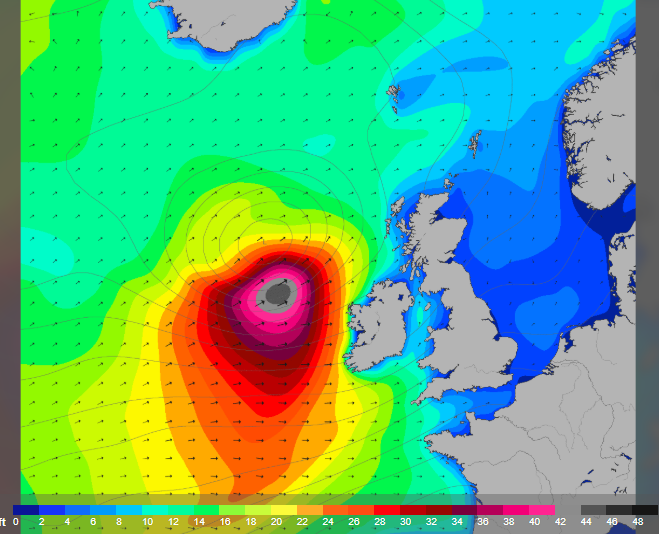 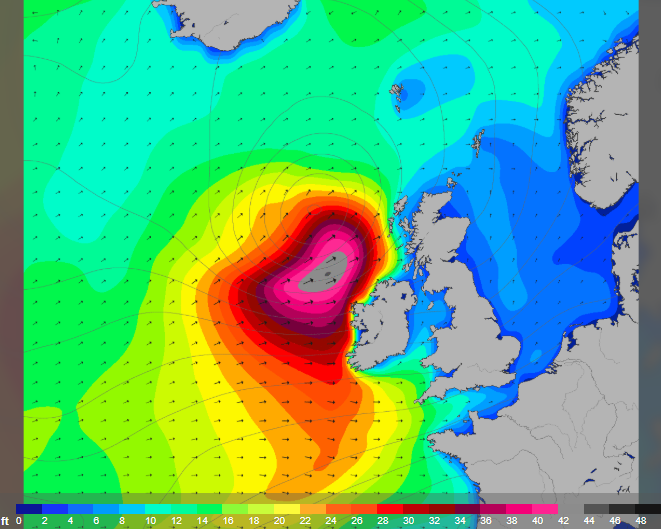 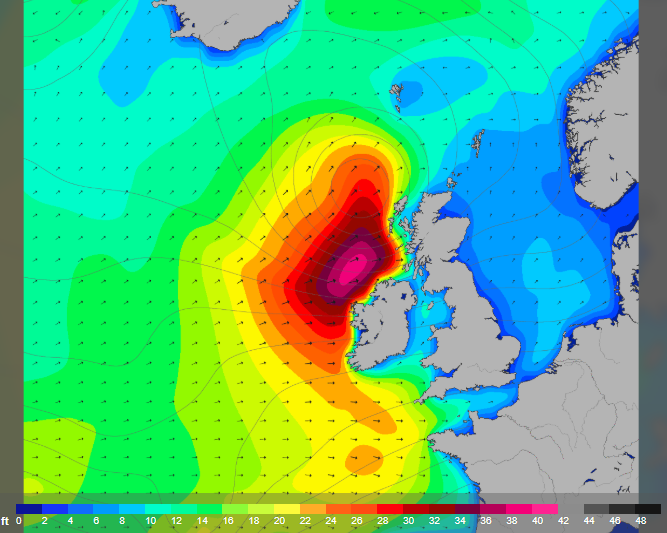 Stay alert for these dangerous conditions!

Share on TwitterShare on RedditShare on FacebookShare on PinterestShare on WhatsApp
Tropical cyclone Pola is now a Category 2 system, Feb 28-Mar 3rd
← Previous
A deep trough/cyclone will bring much colder weather into Fennoscandia and Baltic region through the next 3 days, Mar 1-3rd
Next →
Comments are closed.