A very deep cyclone will affect the British Isles and Ireland on Friday and Saturday. It will produce storm to potentially hurricane force winds, and locally quite significant rainfall totals. This is a potentially dangerous system for places along the track of maximum winds.

The system will produce a wide swath of severe to locally extremely severe winds. Winds gusting above 100 km/h are expected across much of Ireland, Scotland, southwest and north England and Wales. 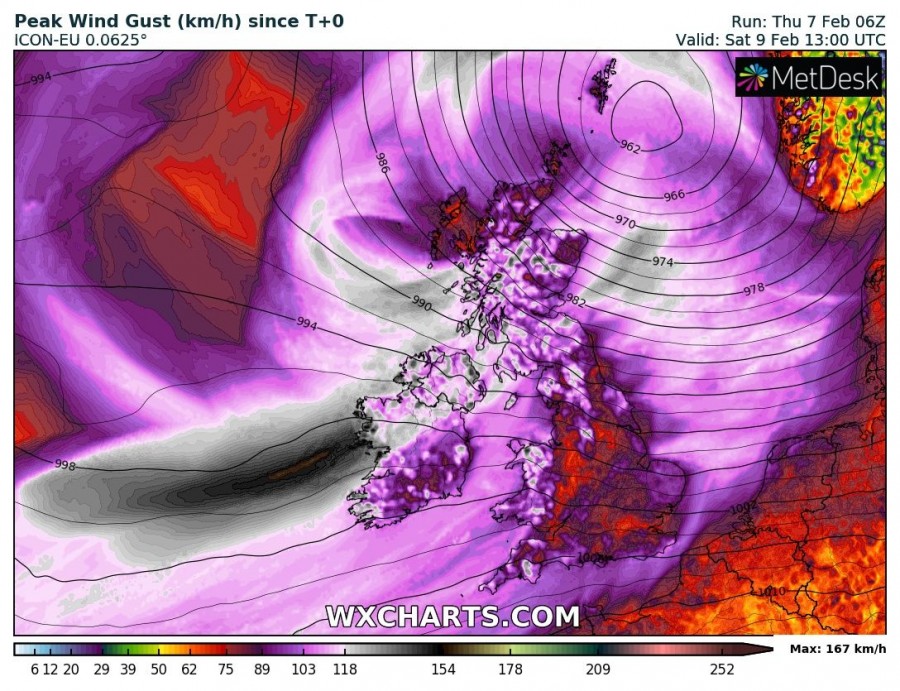 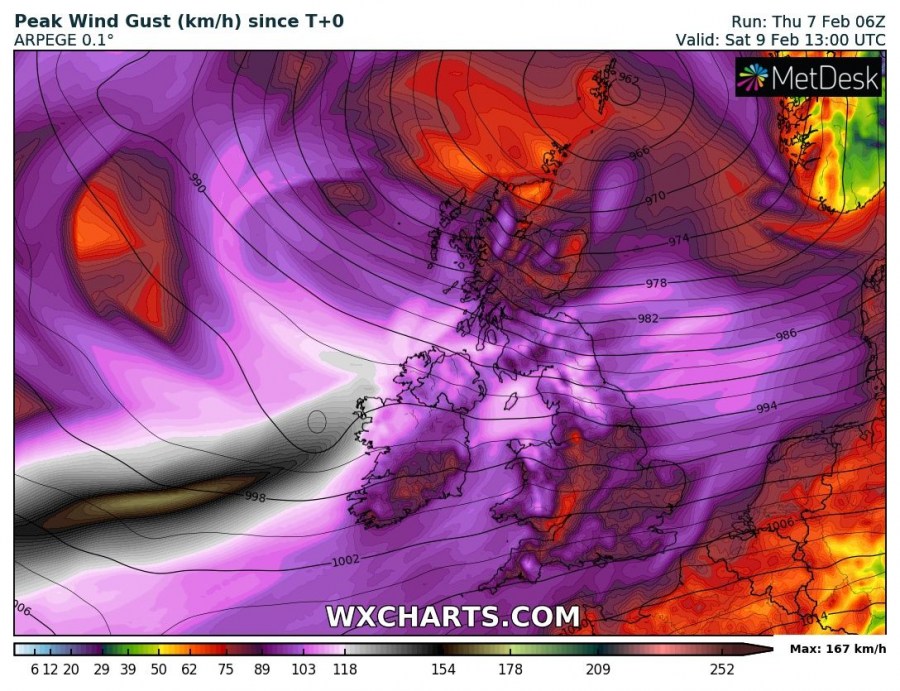 Currently both ICON-EU and ARPEGE models indicate a swath of extremely severe winds, with gusts well in excess of 150 km/h. Interestingly, ARPEGE is indicating stronger winds. This formation of a sting jet is uncertain, however, should it form at the time the cyclone begins affecting land, it could bring extremely severe winds to the coastal are of Ireland.

Gale to strong gale force winds will also affect NW and N France and parts of BeNeLux, as well as southern Norway and southern Sweden. 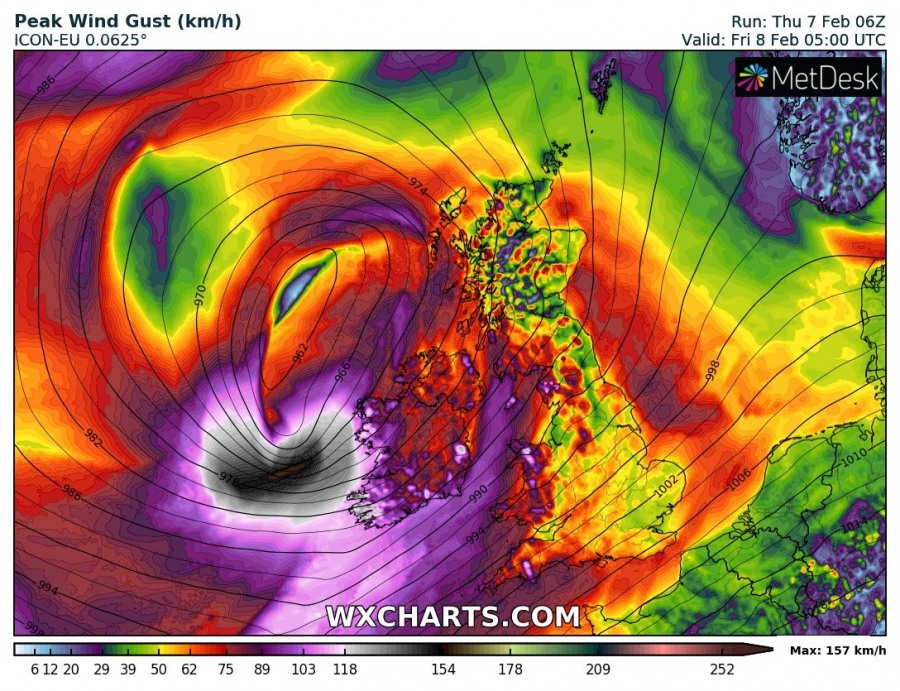 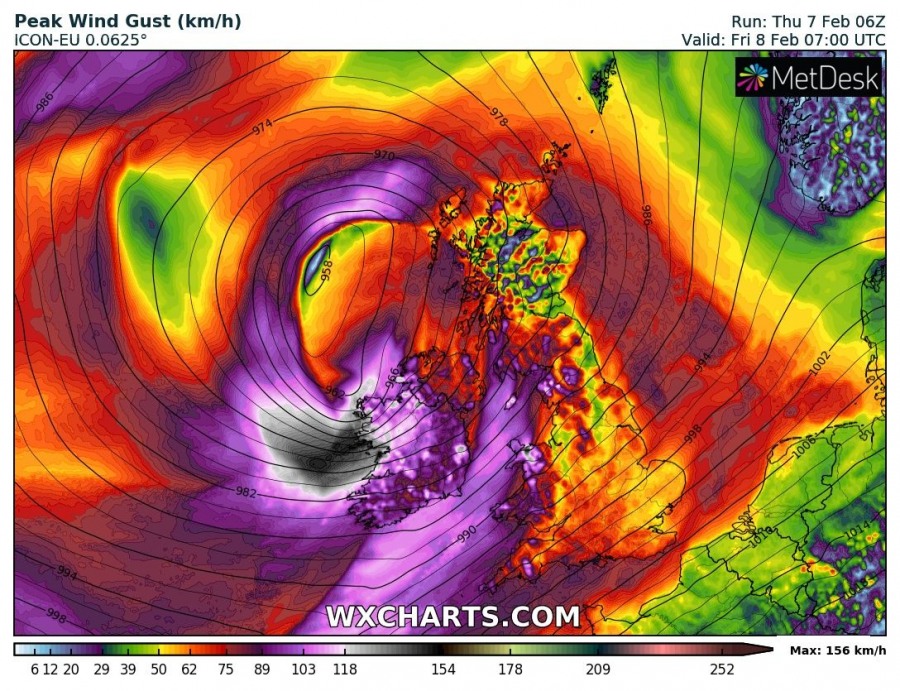 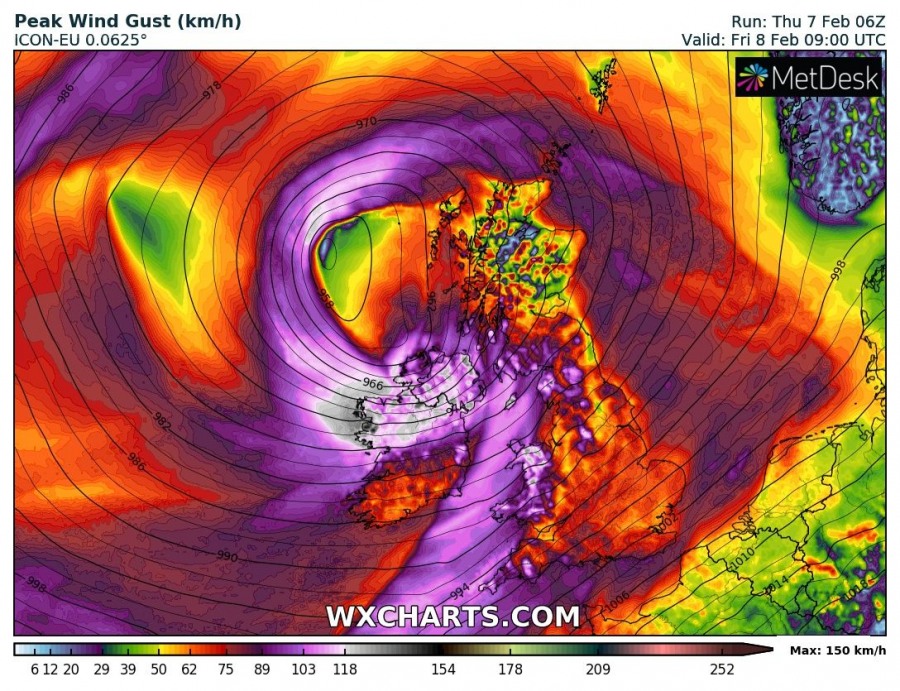 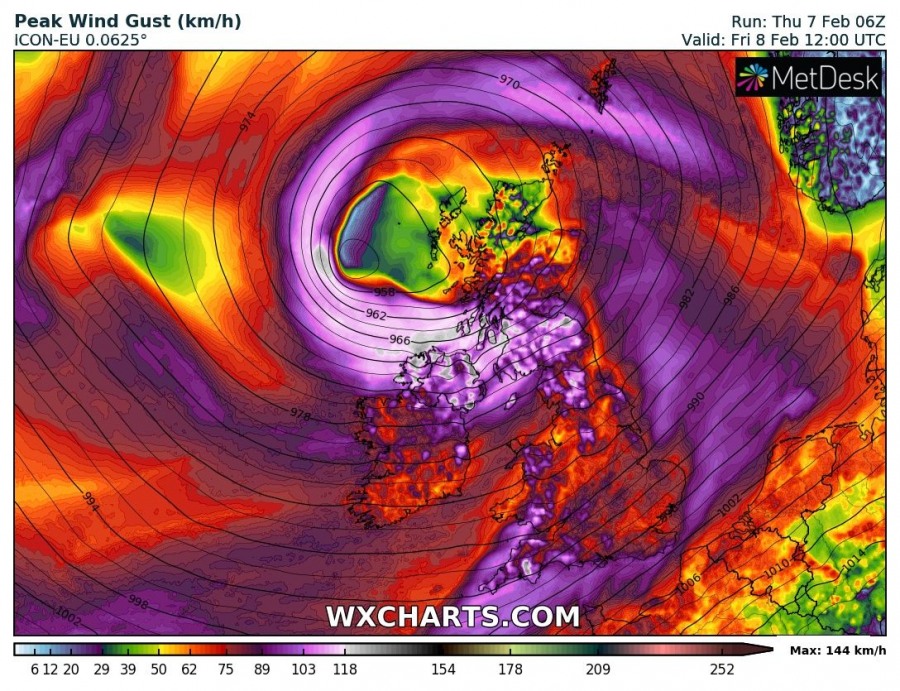 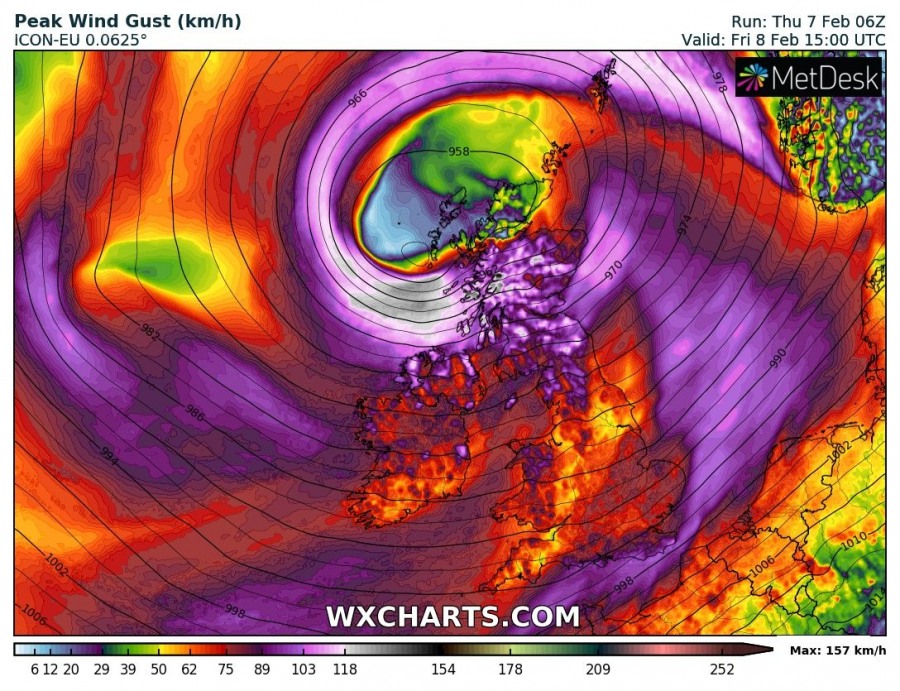 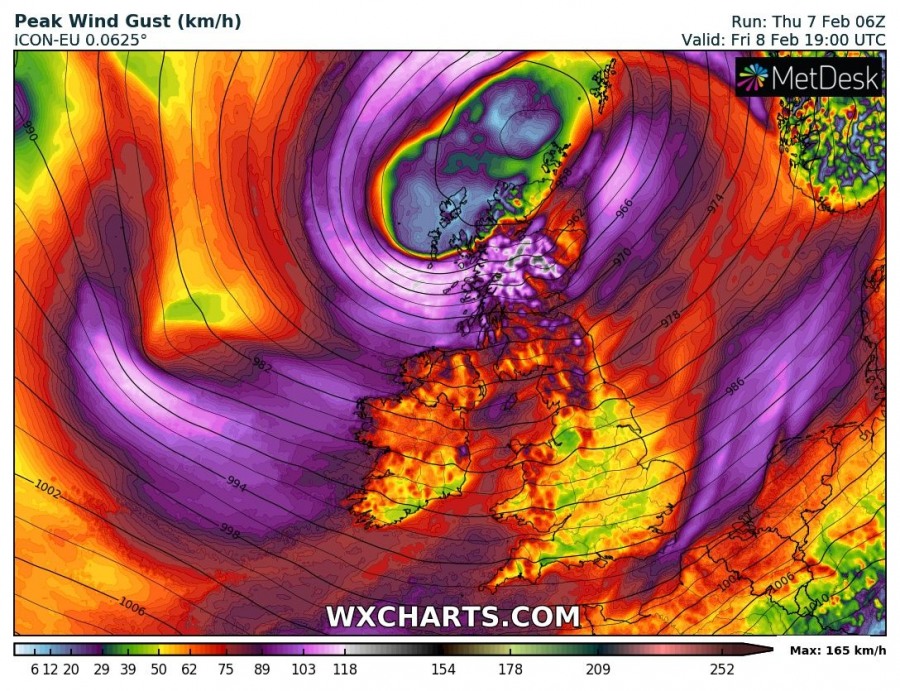 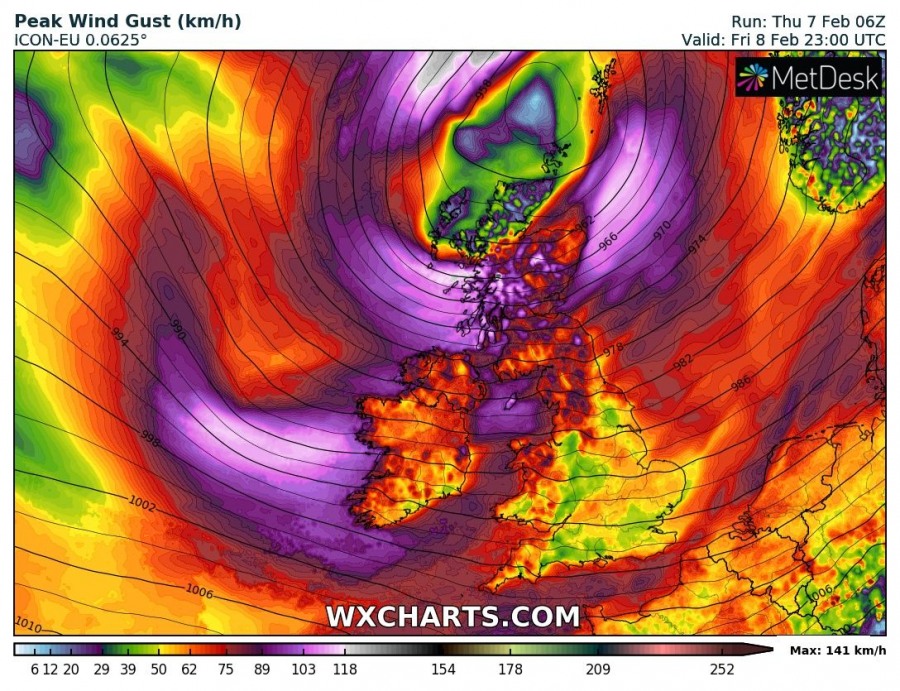 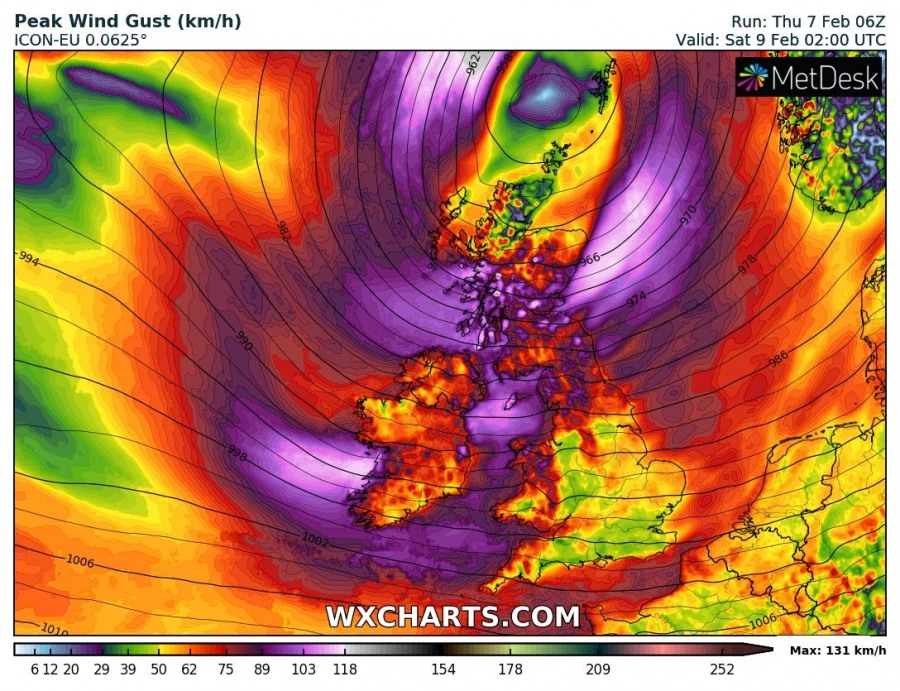 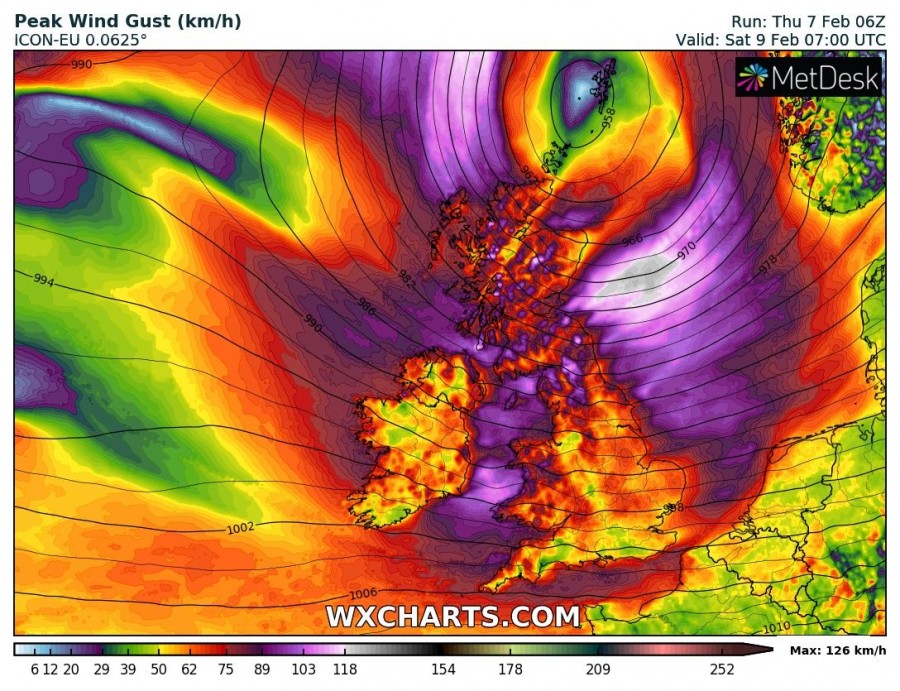 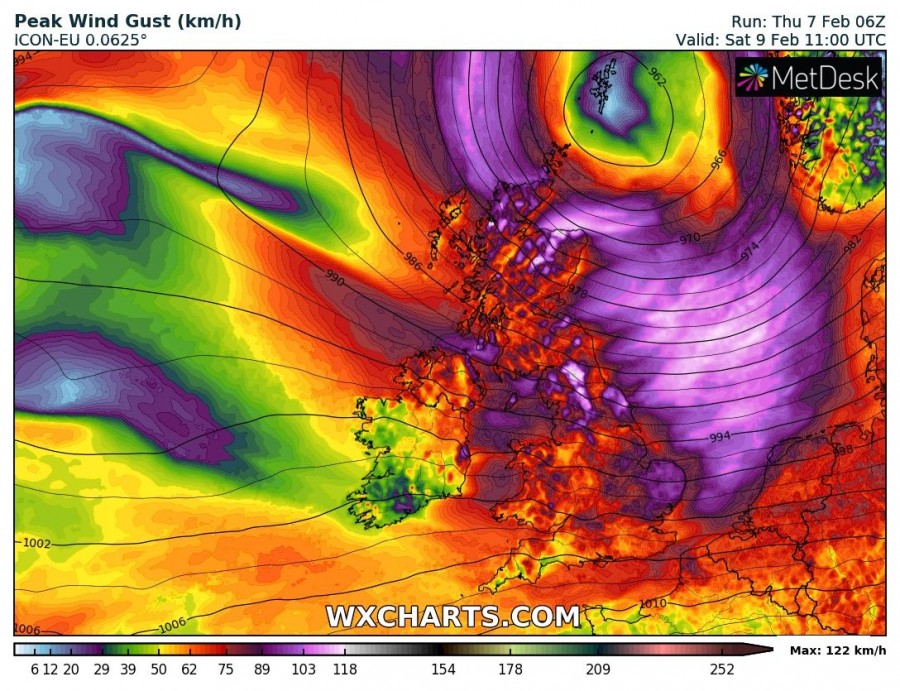