The weather pattern across North Atlantic and Europe has not changed much since mid-December, there are constant deep and often violent extra-tropical cyclones developing. While the European continent is under the effect of upper-level blocking ridges, high-pressure systems, and mild weather. This weekend, yet another monster cyclone is dominating the North Atlantic with a pronounced cold air mass advection on its wake. A part of this airmass will finally spread into western Europe from Sunday through Tuesday, delivering some snow locally across the higher terrain of Ireland, England, and Scotland in the coming days. At least.

First, here is the high-resolution ICON-EU model forecast for the wind field of North Atlantic cyclone pushing cold air mass and severe winds towards western Europe in the coming days:

A very large and deep upper-level trough is forming this weekend, resulting in a monster extra-tropical cyclone over the North Atlantic. The trough and an associated surface low will continue deepening until Monday while slowly drifting towards the southeast, resulting in a widespread powerful Arctic cold advection spreading from the Labrador Sea across the North Atlantic. The approach of the upper trough towards western Europe will bring several days of colder temperatures into the UK and Ireland. 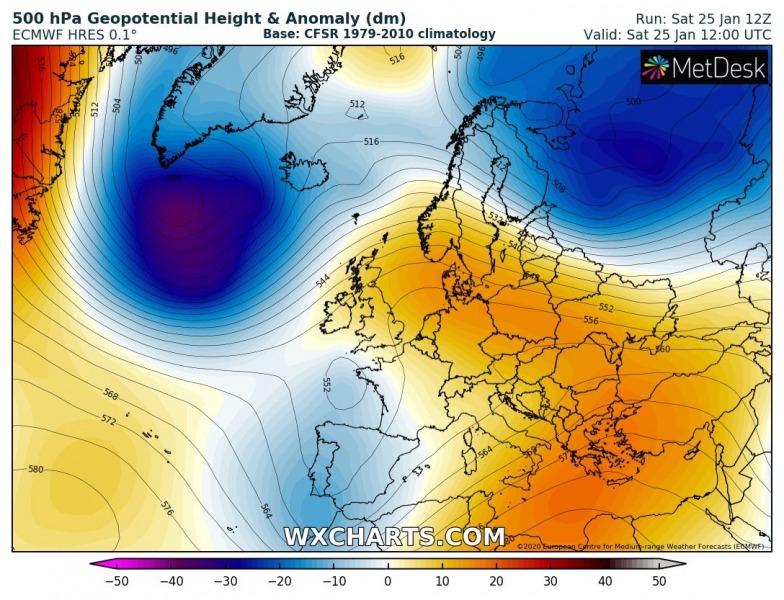 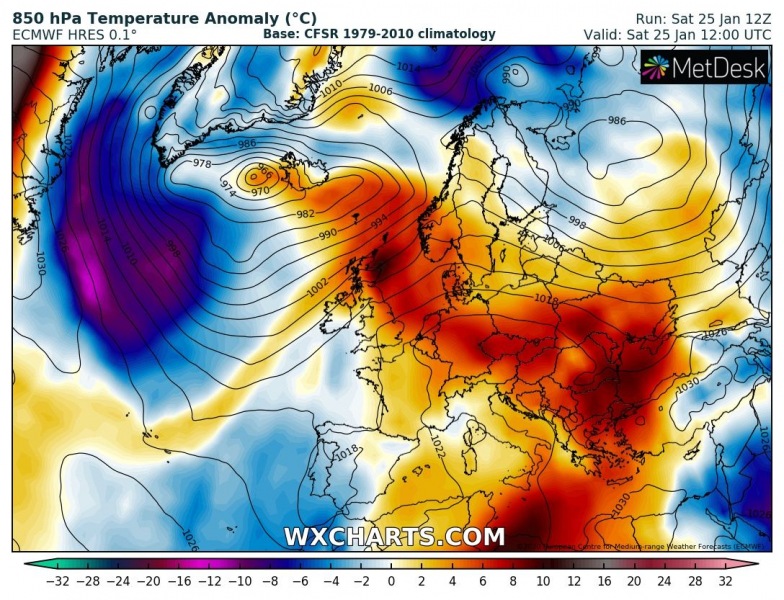 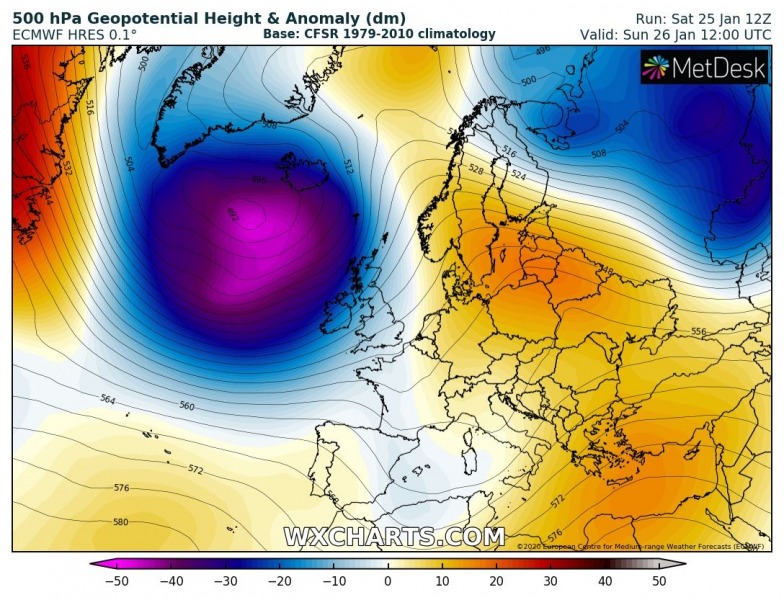 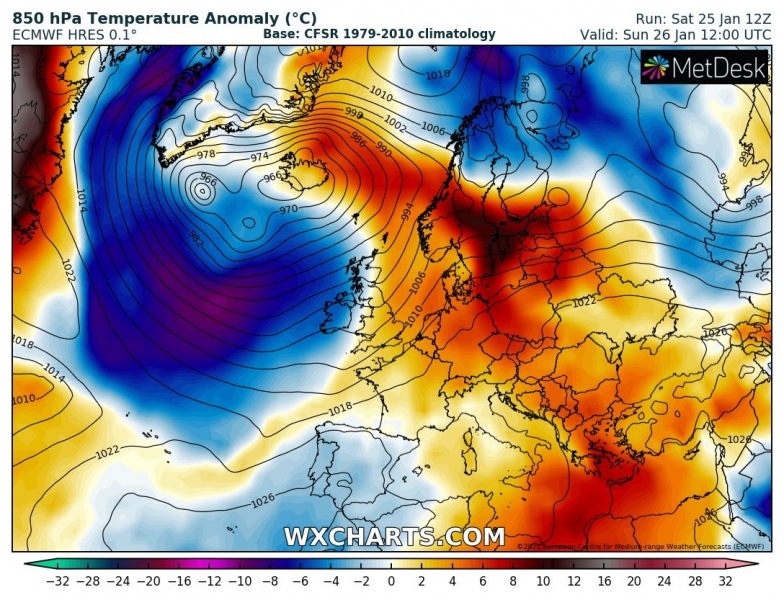 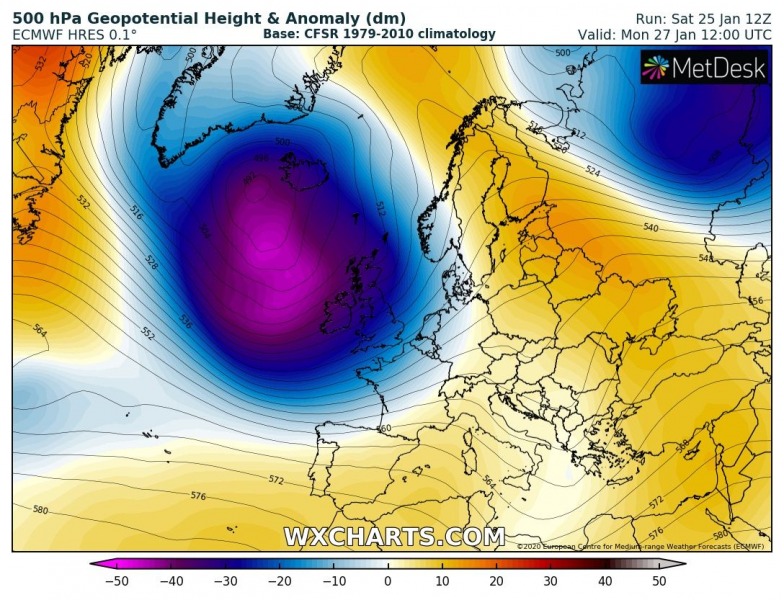 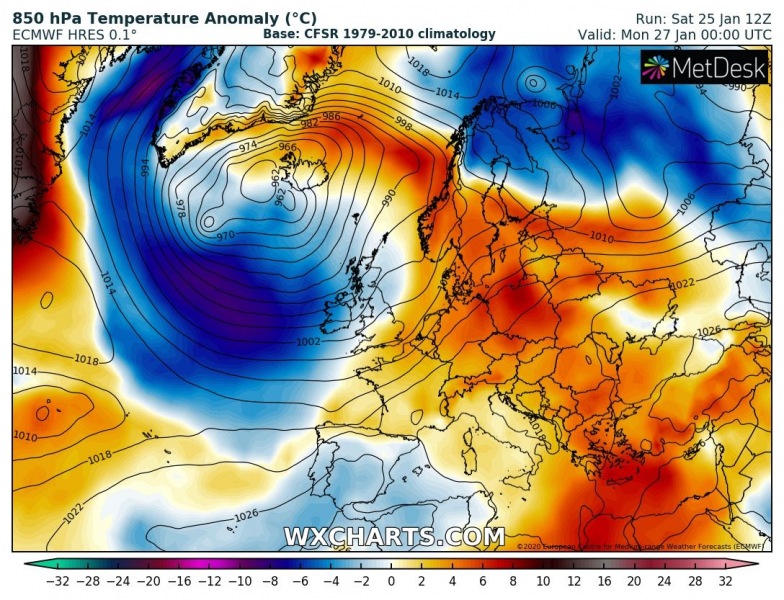 Here is a close-up view of the 850 mbar (approx. 1500m ASL) and 2 m temperature anomalies across western Europe until Tuesday. A quite colder air mass compared to the last few days will spread over the region, bringing temperatures back to normal and slightly below normal at least for a few days. 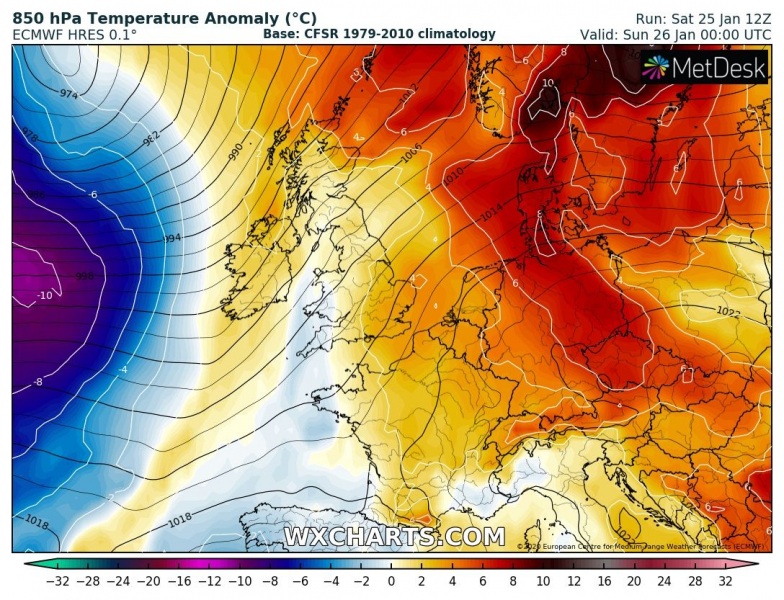 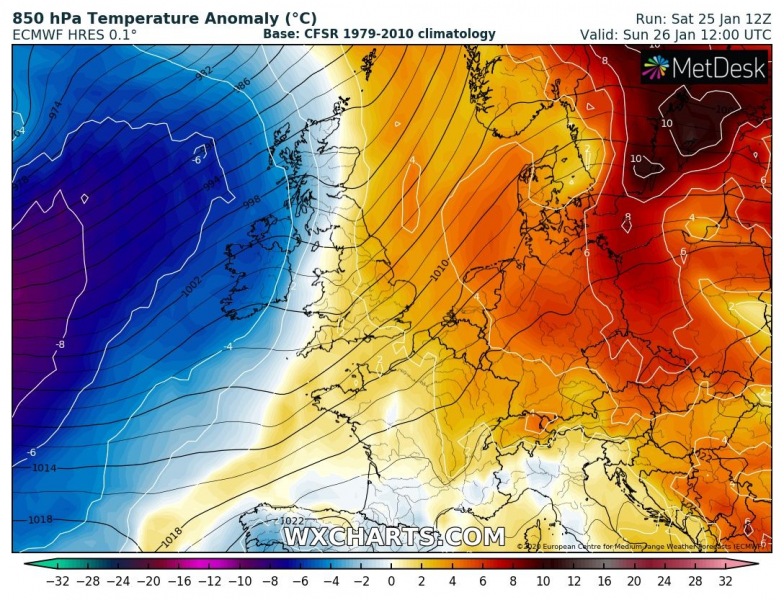 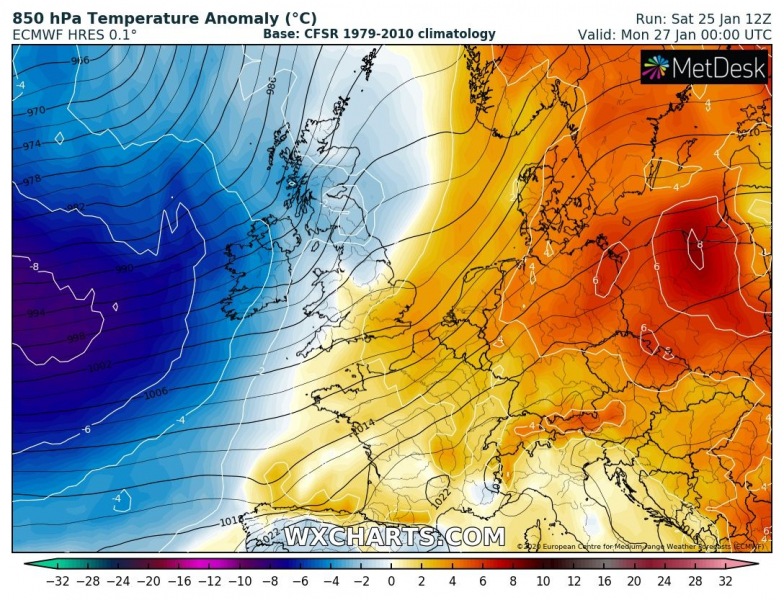 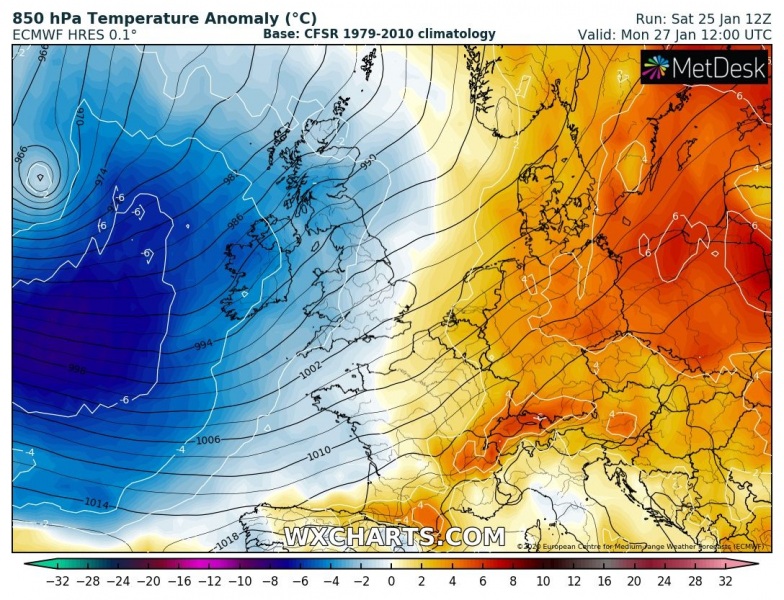 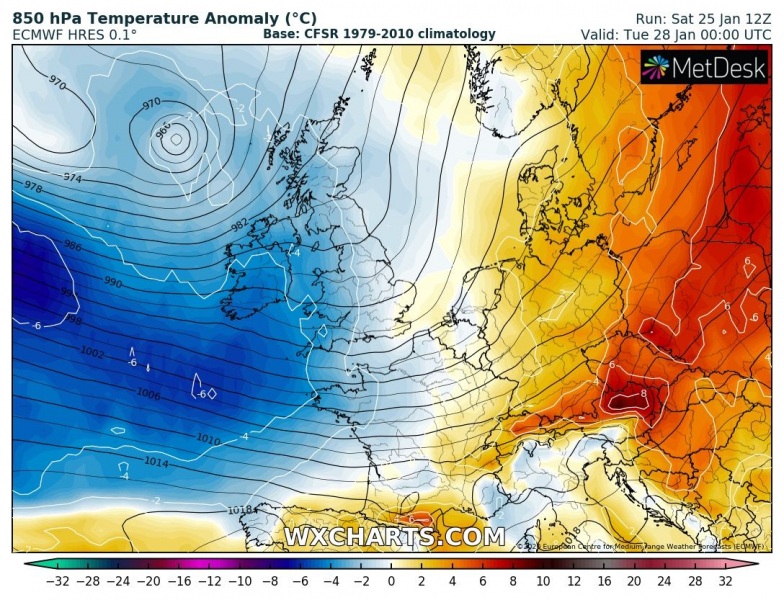 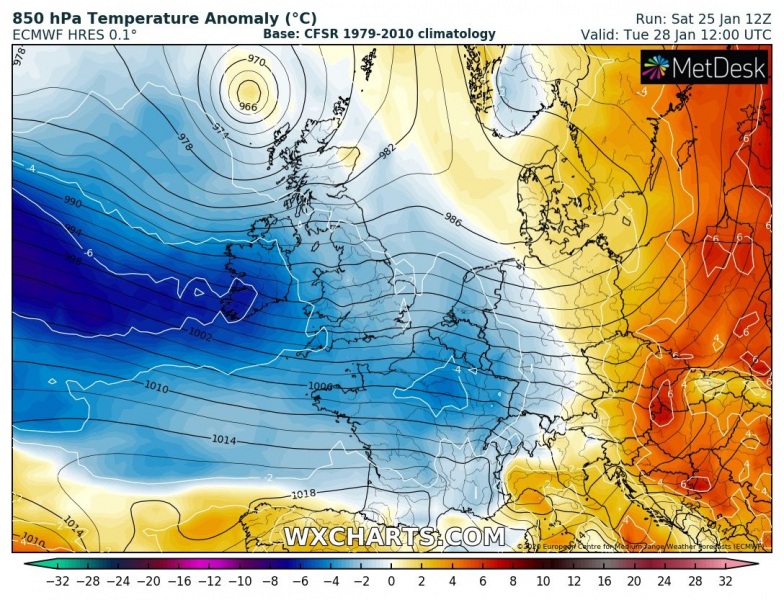 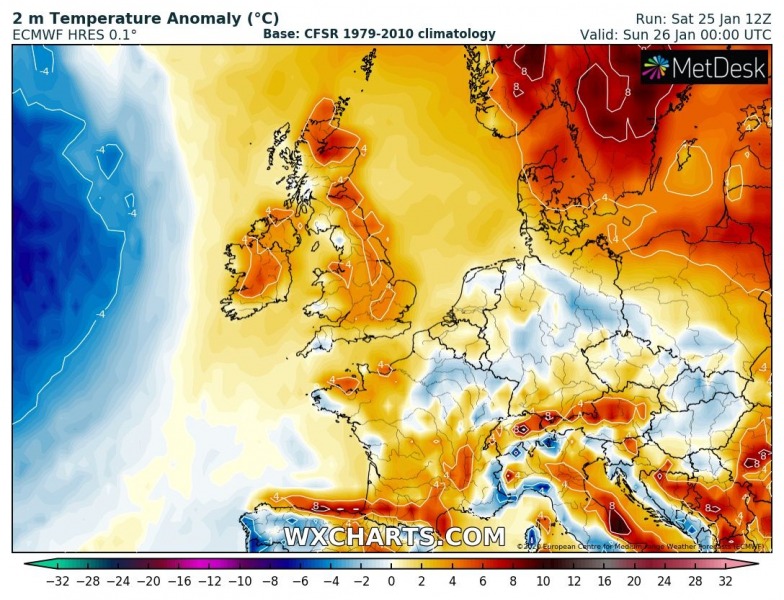 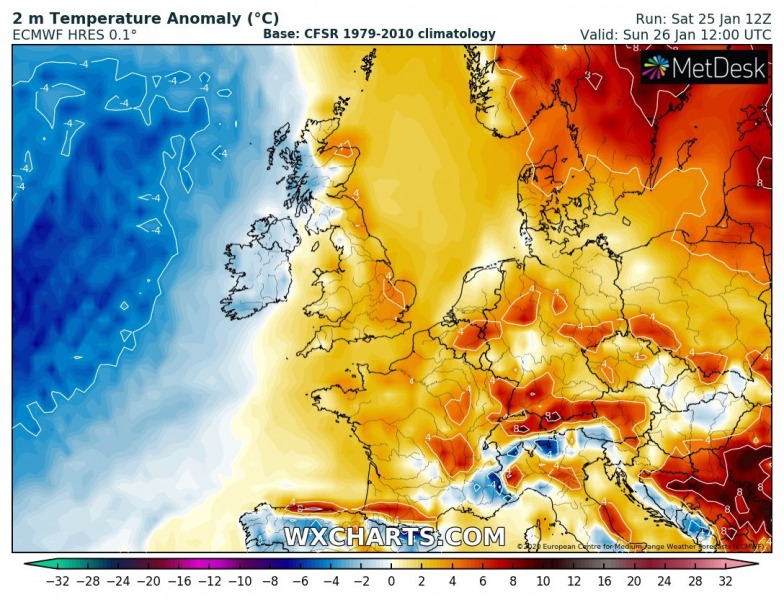 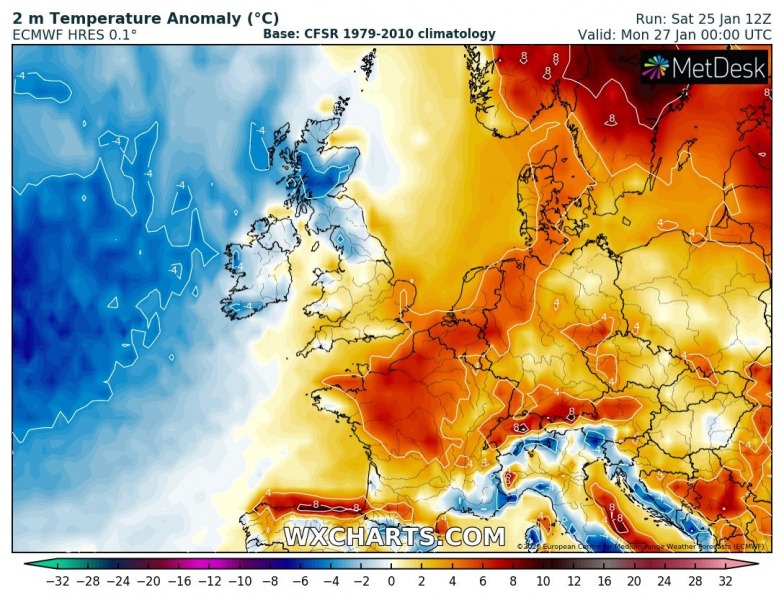 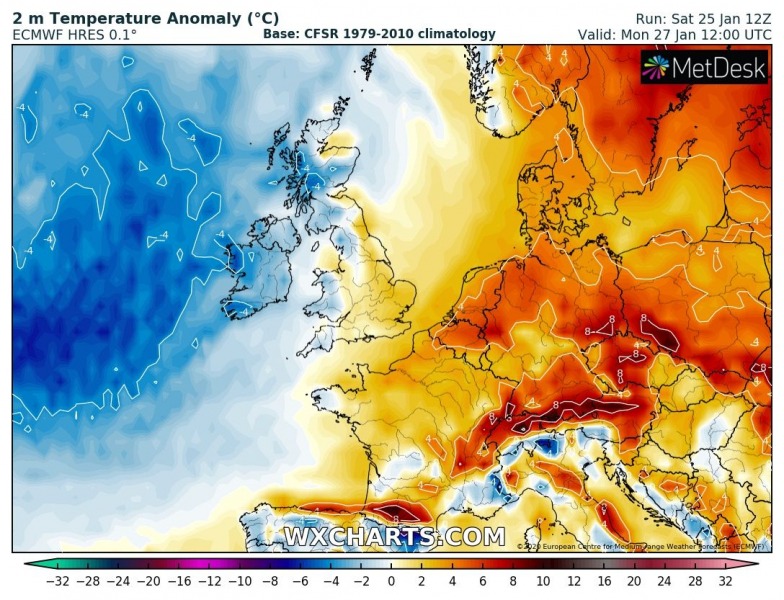 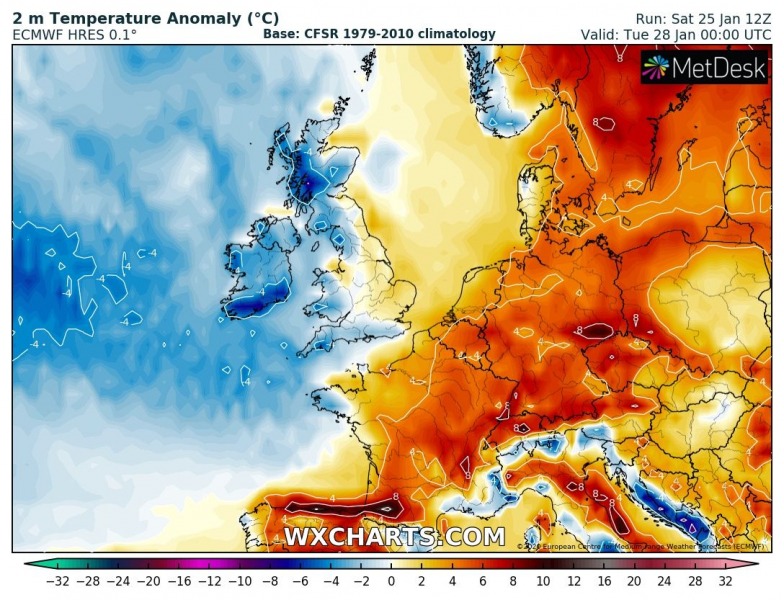 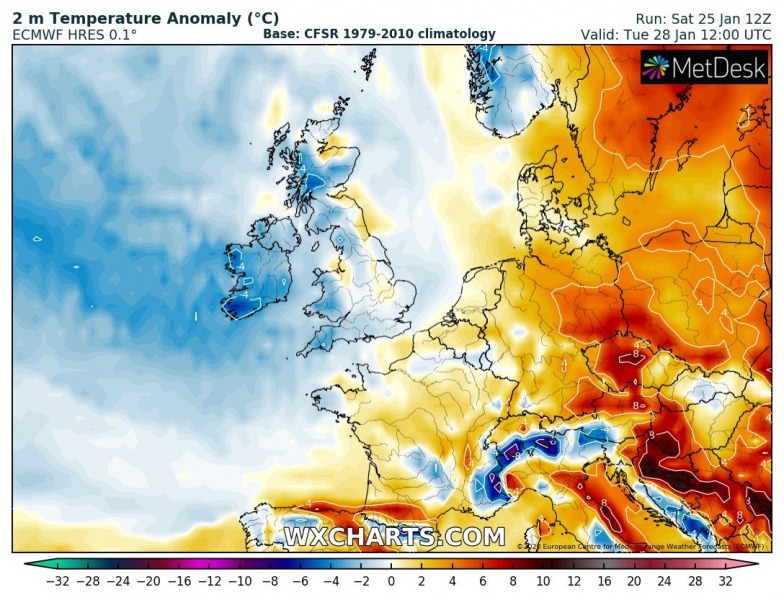 This pattern and the arrival of colder air mass will also develop some snowfall locally, especially across the higher terrain of Ireland, northern England, and Scotland. Most of the models are hinting some snow accumulation at least, although not particularly thick. But compared to the overall snow coverage during winter of 2019/20, at least some snow locally. 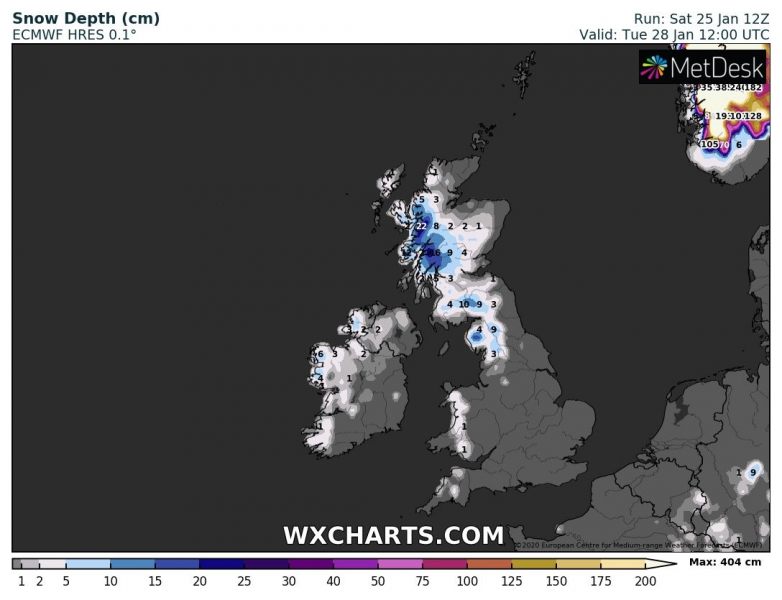 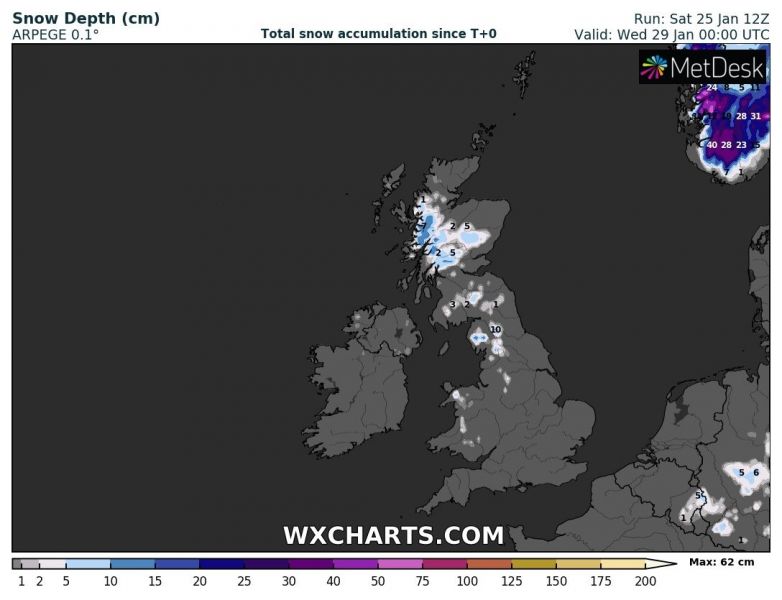 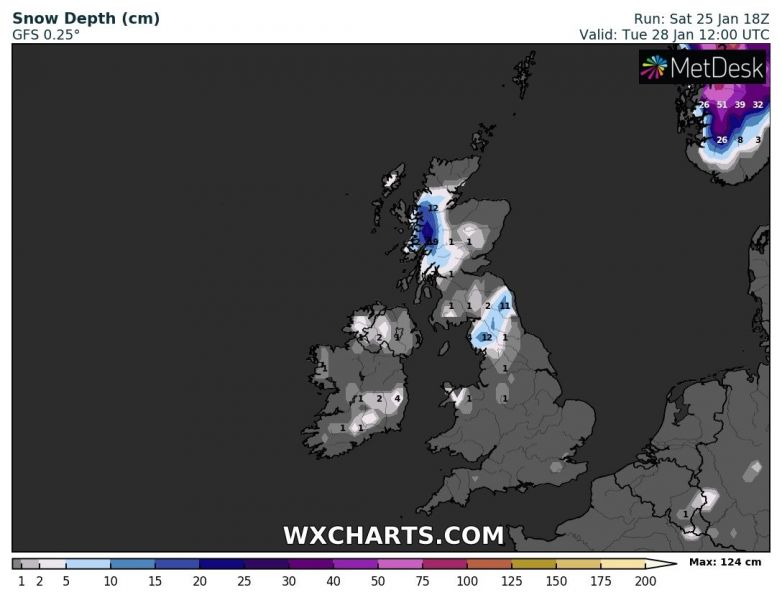 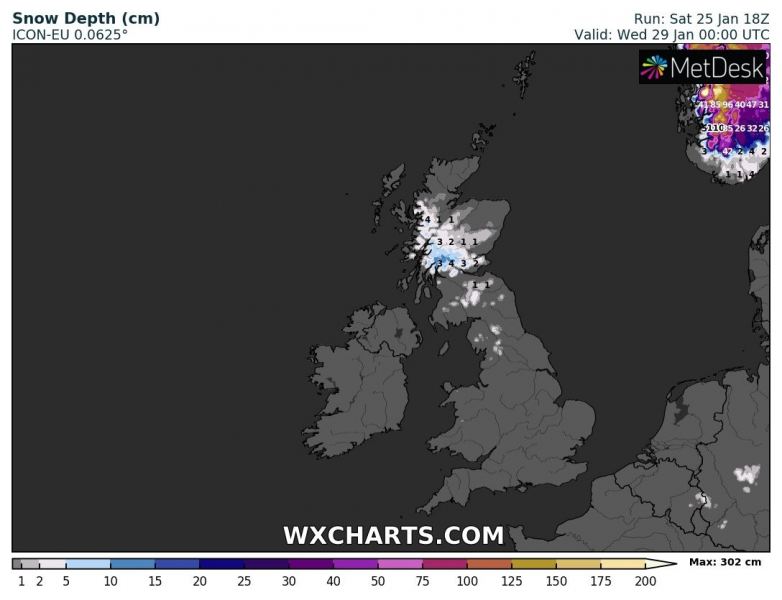 Enjoy this at least temporal return of more winter weather locally, as pattern dynamic will again bring much warmer and stormy weather later next week.

Share on TwitterShare on RedditShare on FacebookShare on PinterestShare on WhatsApp
Again, there are now three (3) tropical cyclone ongoing in the tropics - two over the South Indian Ocean and one over the South Pacific
← Previous
*BRUTAL* cold in Yakutia, Russia in the past days - several stations reported 55-57 °C below zero!
Next →
Comments are closed.