A very intense cyclone (a so-called ‘bombogenesis’ cyclone or a weather bomb) will develop across the North Atlantic later today and move towards Iceland and Greenland tomorrow and on Thursday. A violent windstorm will result from this cyclone, bringing extremely severe winds in excess of 150 km/h as well as significant wave heights up to 15 metres.

The system develops over the northwest Atlantic today as a sharp wave ejects off Nova Scotia (Canada) and a trough rapidly deepens over the warmer waters of Atlantic ocean. A very intense surface cyclone will be associated with this deepening trough, resulting in a very intense wind field in the lowest levels. 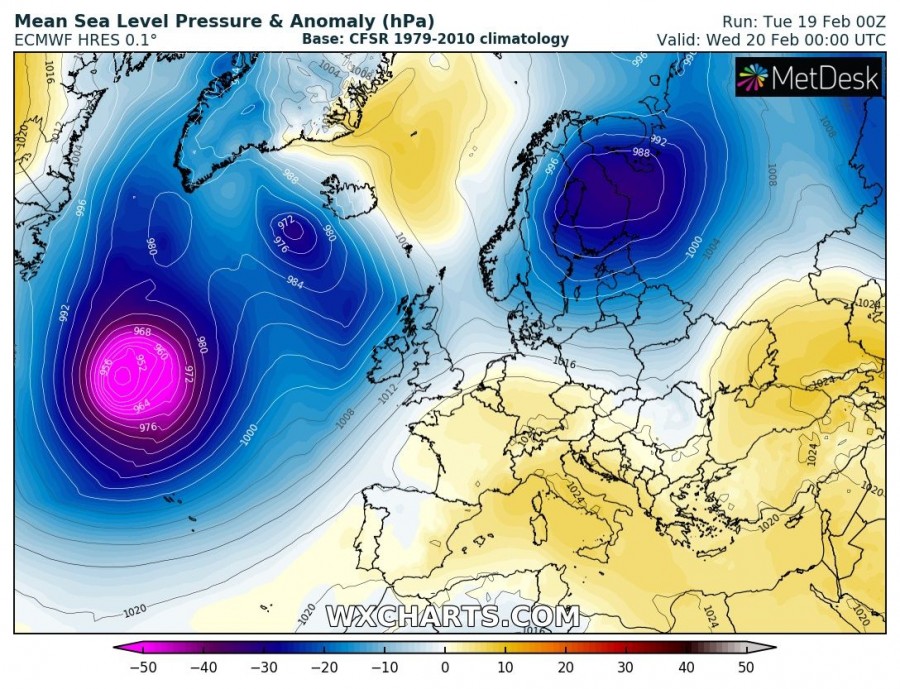 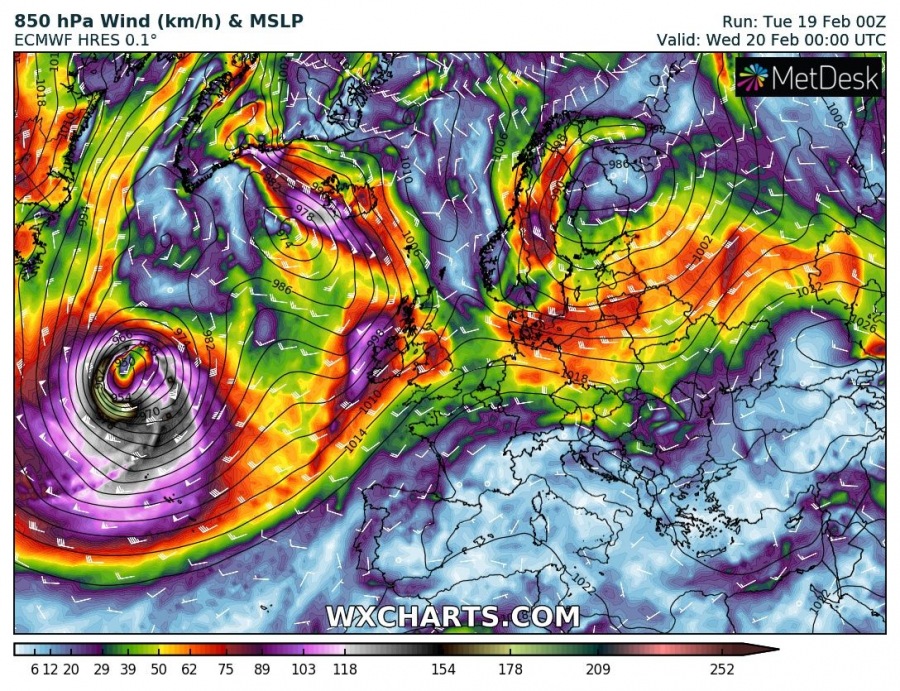 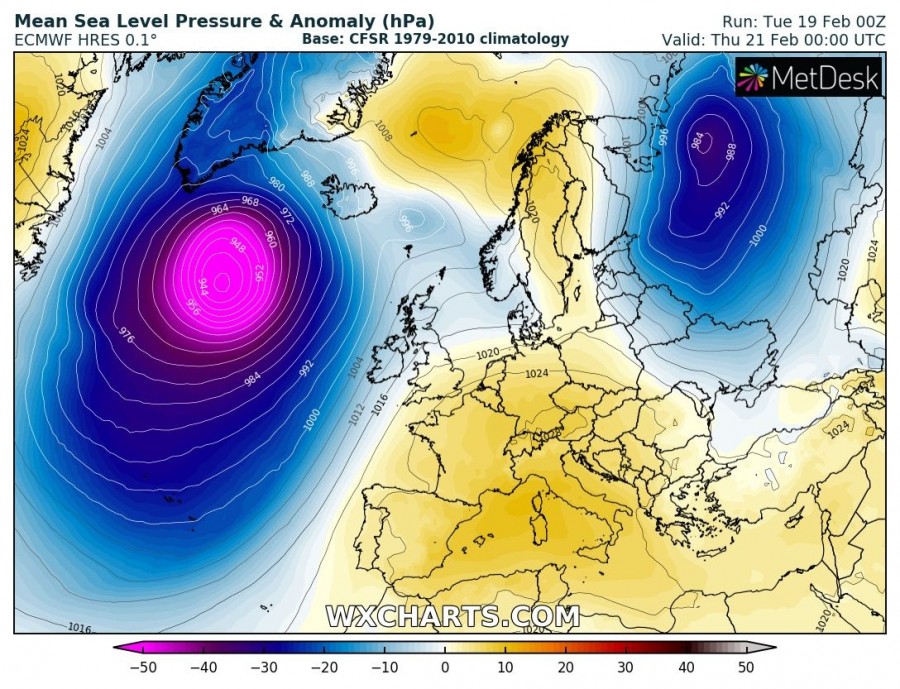 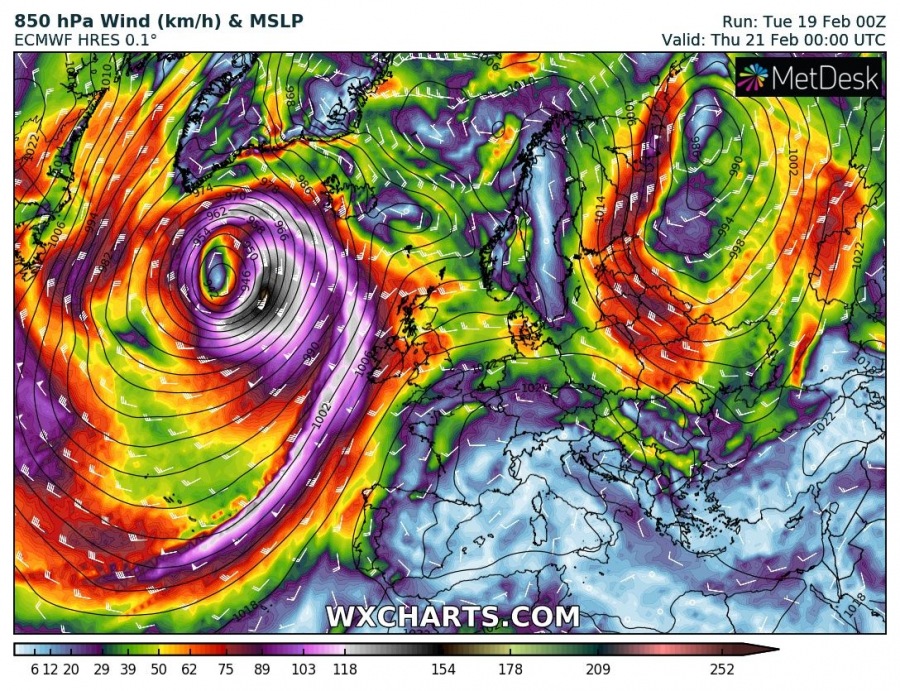 Attached is the sequence of cyclone development across the North Atlantic. The system will be characterized as a ‘bombogenesis’ cyclone (a pressure drop of at least 24 mbar in 24 hours period) as it is expected to significantly deepen during the first 18-24 hours period (from around 970 mbar today – Feb 19th 12 UTC to near 937 mbar tomorrow – Feb 20th 12 UTC). That is more than a 35 mbar pressure drop in 24 hours! 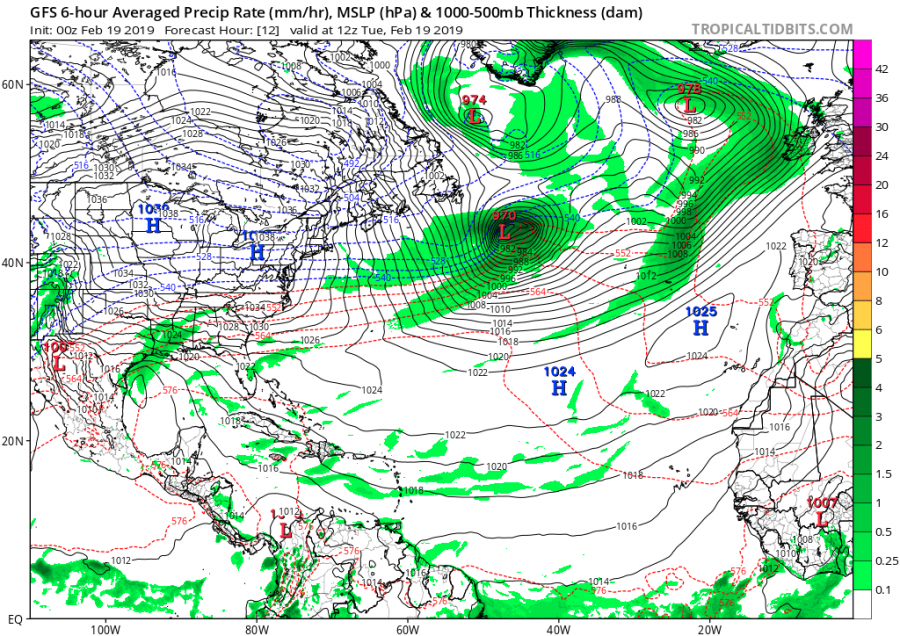 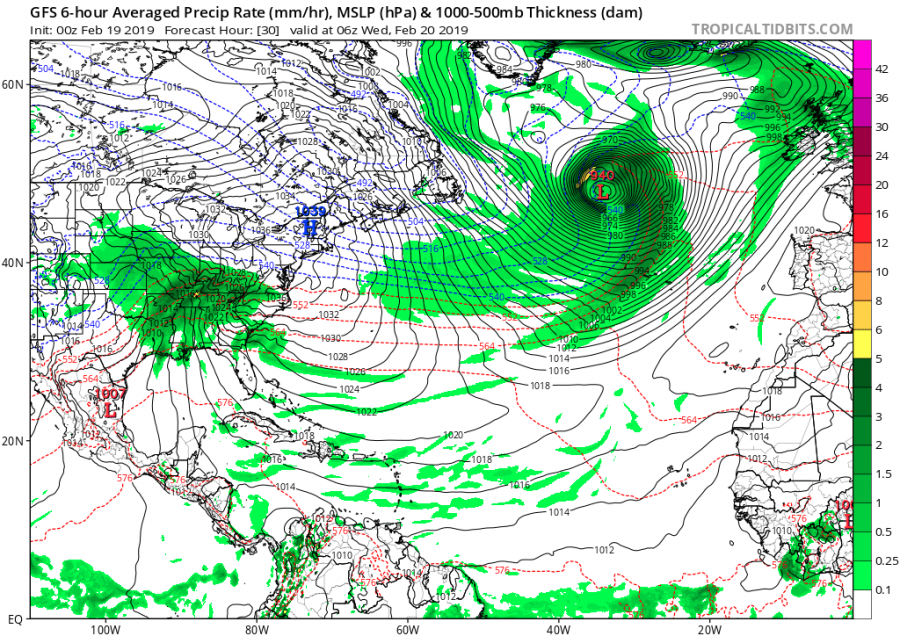 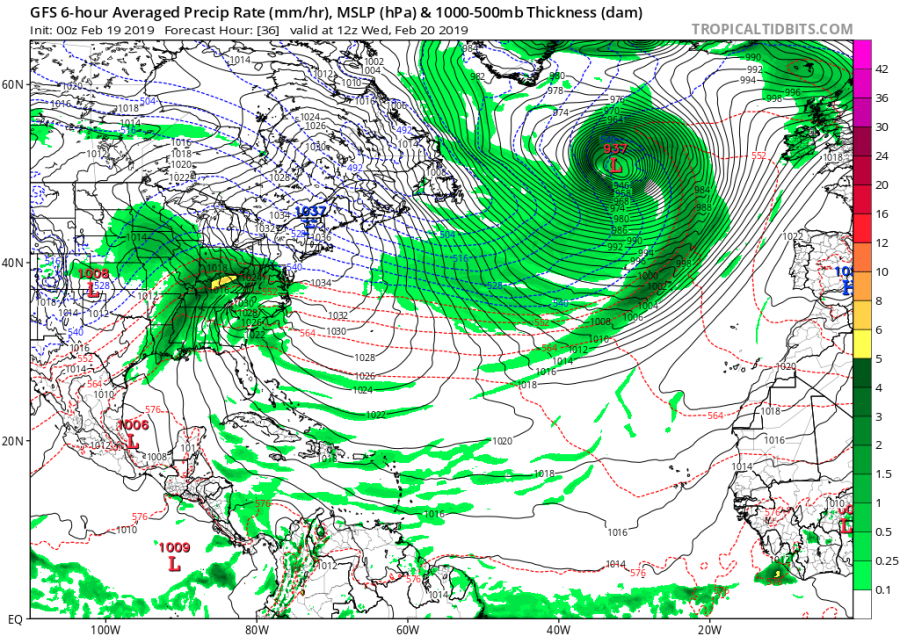 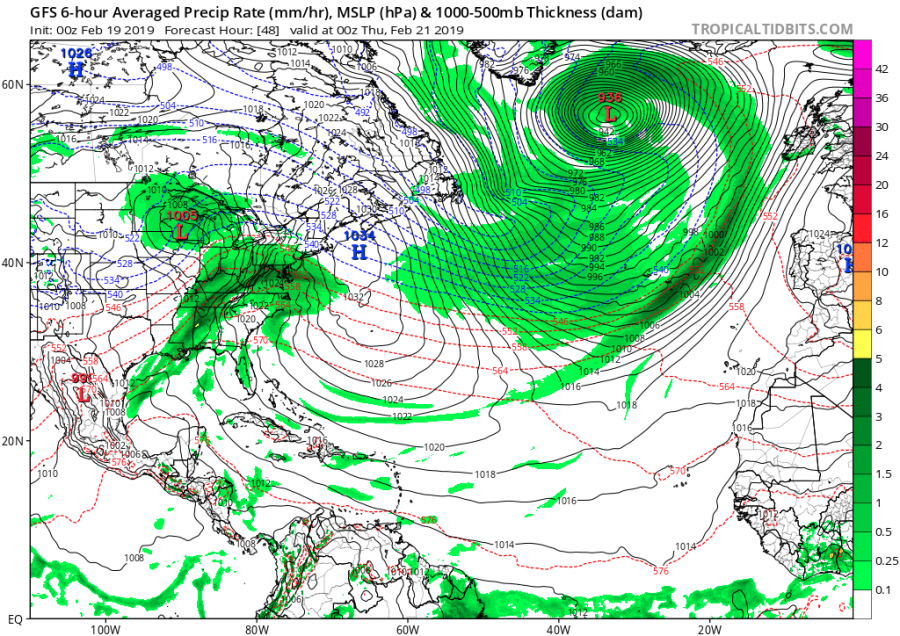 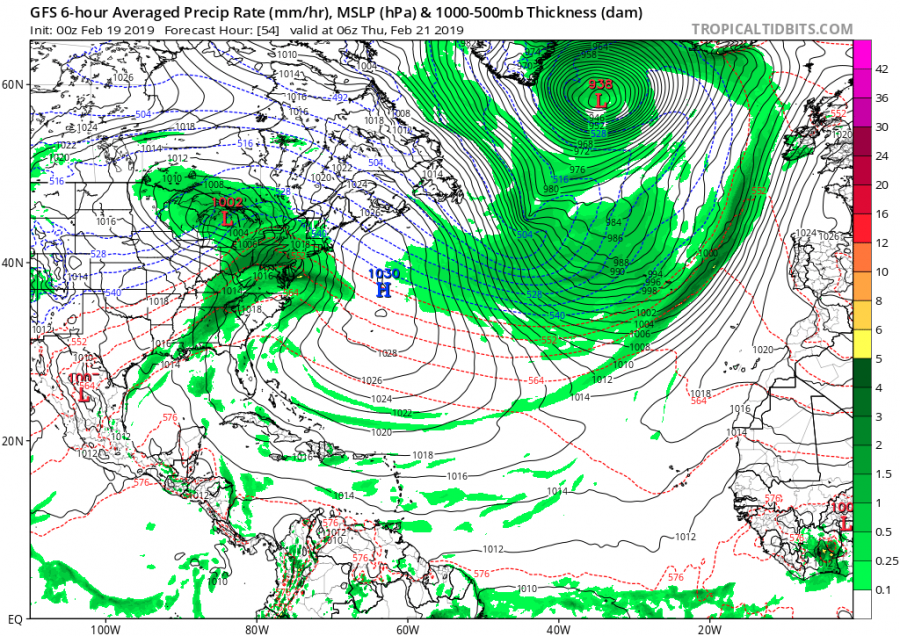 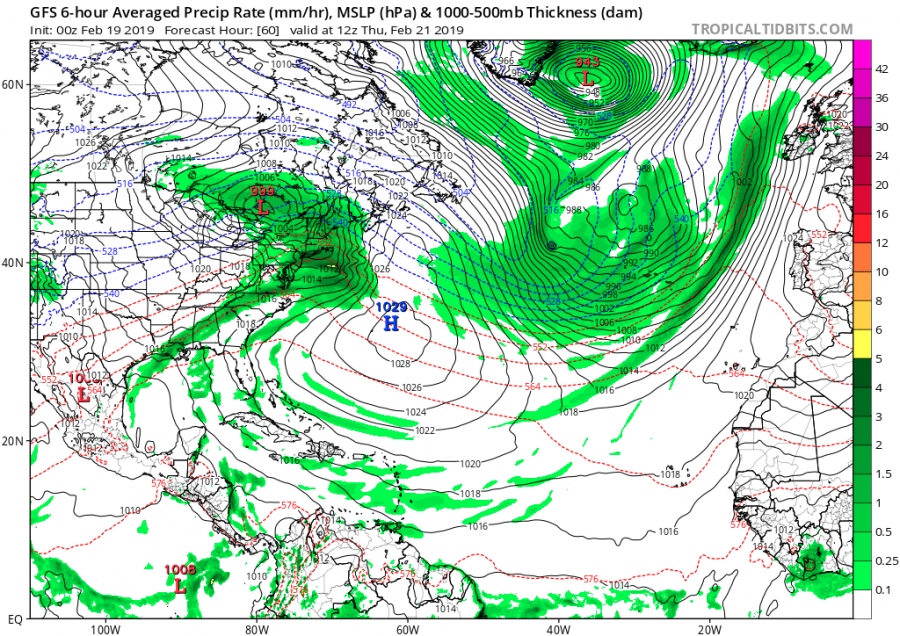 Peak wind gusts with aggregated mean wind indicate this extra-tropical cyclone will be very intense, locally likely resulting in wind gusts in excess of 150 km/h (CAT 1 storm with sustained winds near 120 km/h) – a sting-jet will be possible as well, enhancing gusts locally. However, the system stays far over the open waters at its maximum intensity, so no threat for lands at that time. Iceland and Greenland will be affected by severe winds once the system gradually weakens on late Thursday, mostly with strong downslope winds in SW Iceland and parts of S Greenland. As well as high waves along the coastal areas. 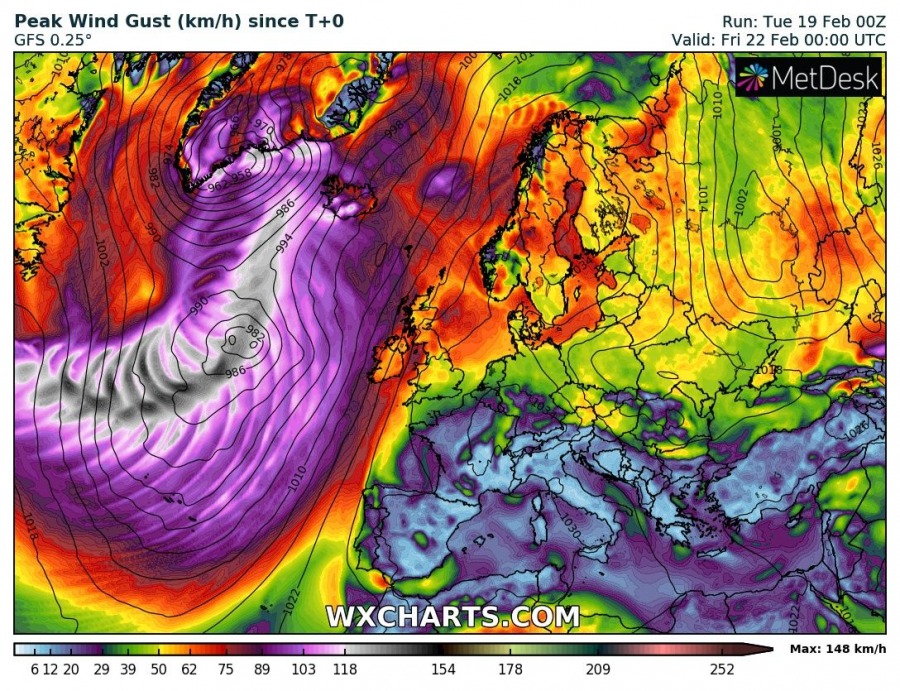 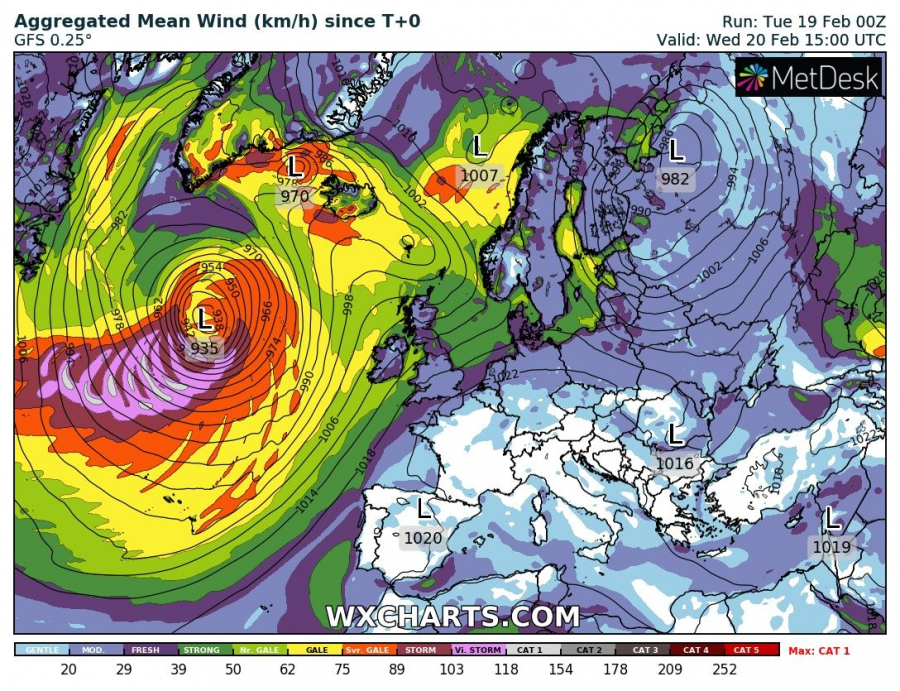 Significant wave heights up to 15 metres are expected along the path of this deep cyclone as it tracks across the north Atlantic, nearing Iceland on Thursday. 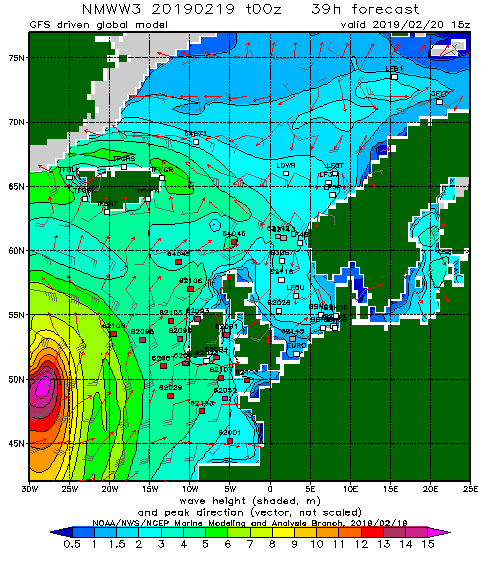 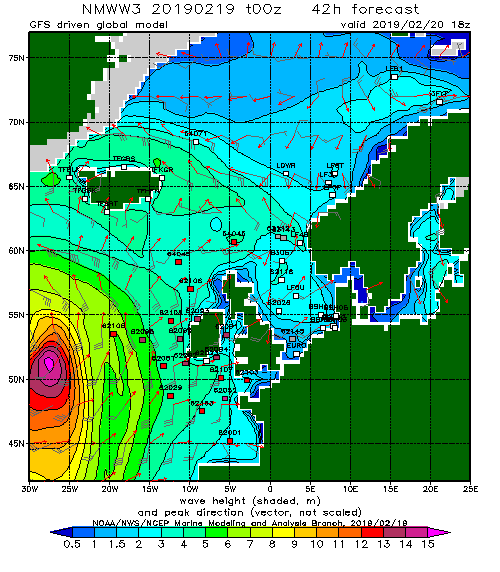 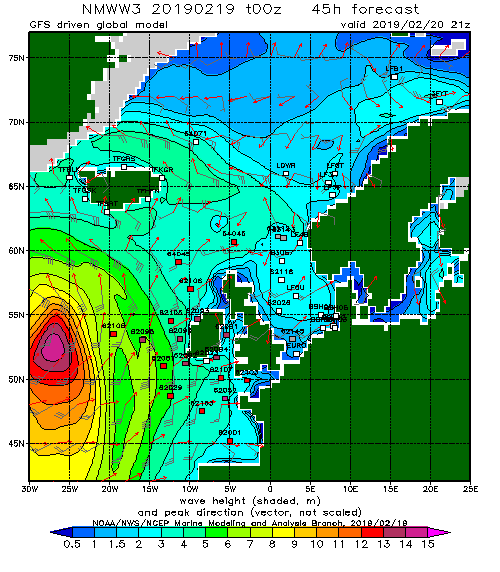 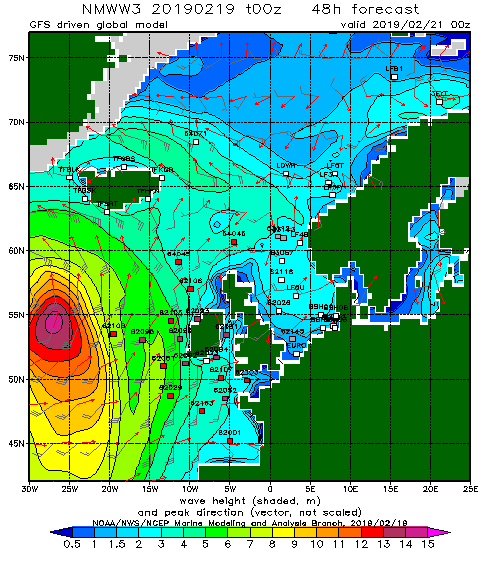 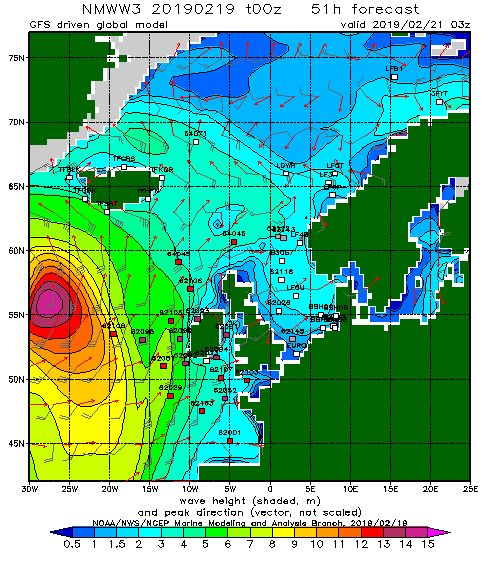 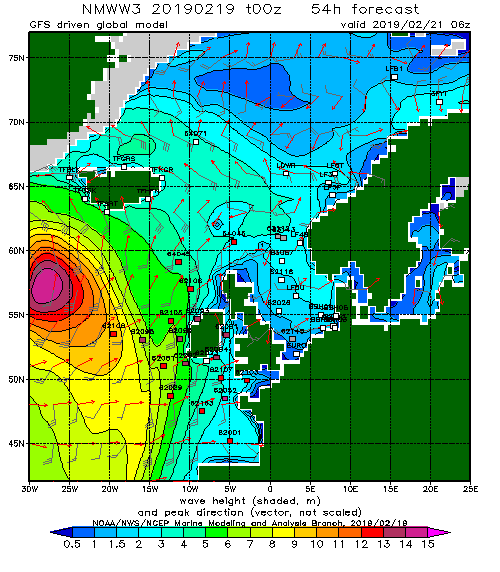 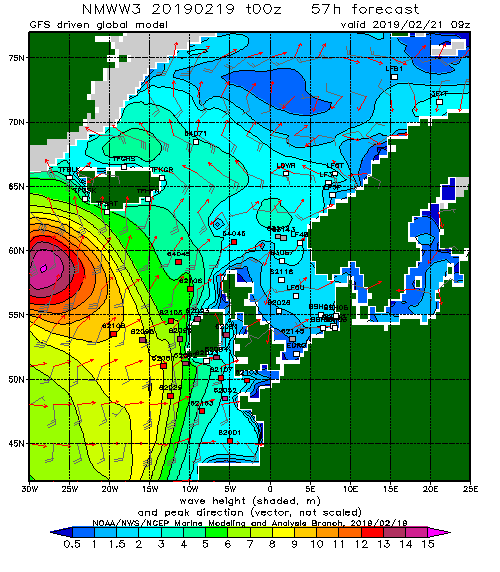 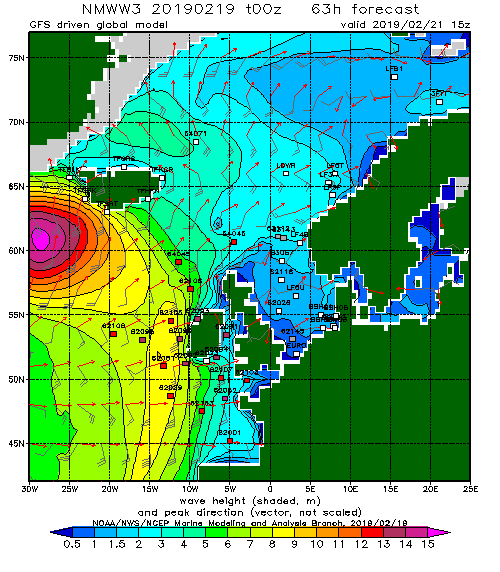 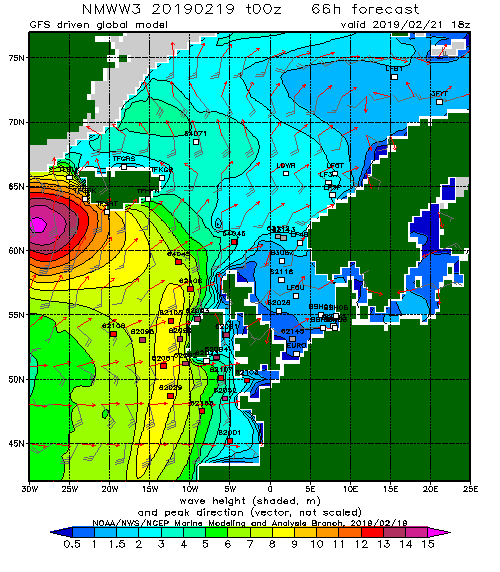 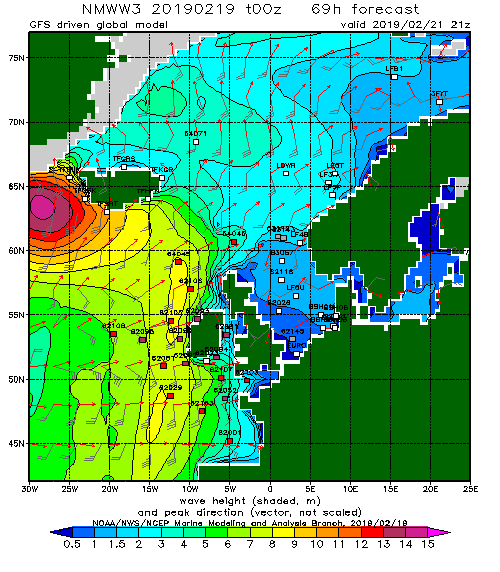 Share on TwitterShare on RedditShare on FacebookShare on PinterestShare on WhatsApp
Tropical cyclone Oma
← Previous
Violent jet stream across the northwestern Atlantic today with wind speeds around 400 km/h at 300 mbar, Feb 20th
Next →
Comments are closed.