Significant warmth will develop across the Balkan peninsula and SE Europe through the next 4 days, Feb 1-5th

Significant warmth will develop across the Balkan peninsula and SE Europe this weekend into early next week as intense warm advection takes place ahead of a deep trough / low over the Mediterranean. The established pattern will bring unusually warm period for the Balkan countries with locally near 15 °C warmer weather than normally for early February.

The 500 mbar pattern supporting this evolution indicates a very deep upper-level trough slowly moving across the north-central Mediterranean this weekend. A sharp pressure and temperature gradient on its front flank will establish an intense meridional southerly flow from the southern Mediterranean into the Balkan peninsula after today. 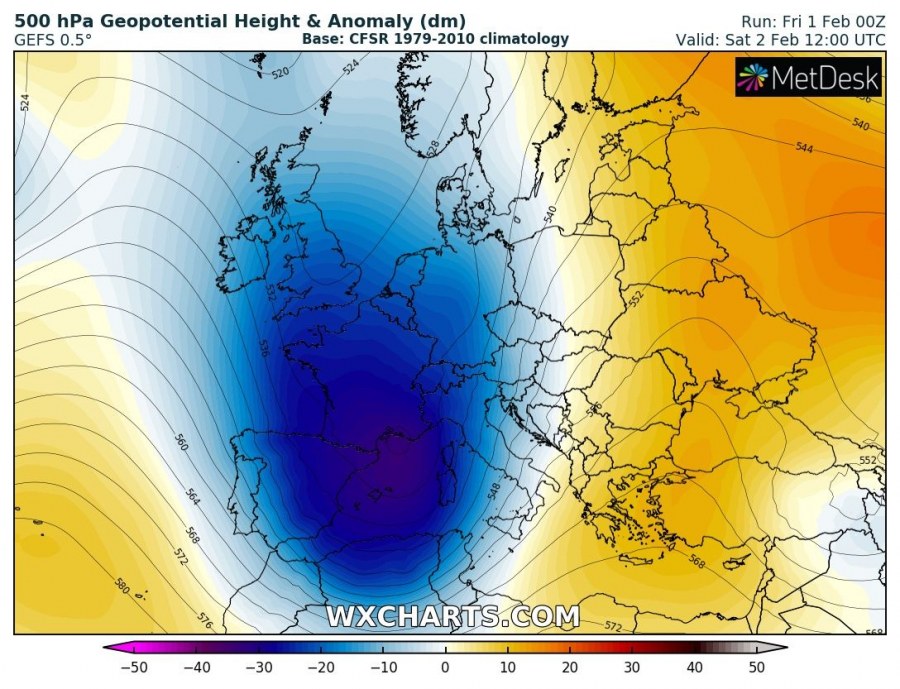 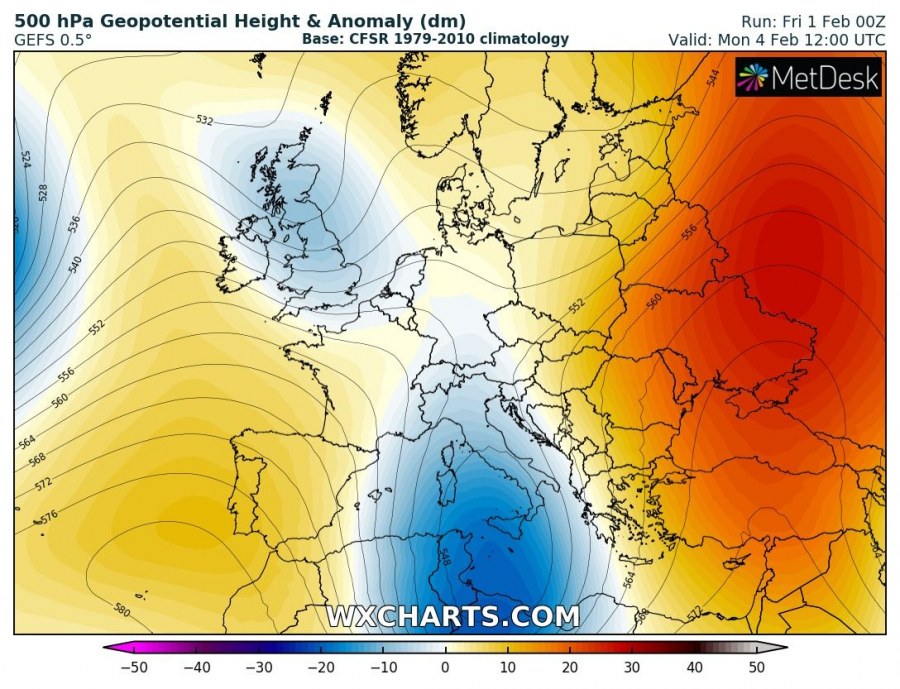 Looking at the 850 mbar temperature anomaly maps (attached are 12-hour sequence charts until Tuesday), very intense warmth is developing over the region with all days being 12-16 °C (and locally even more) warmer than average. 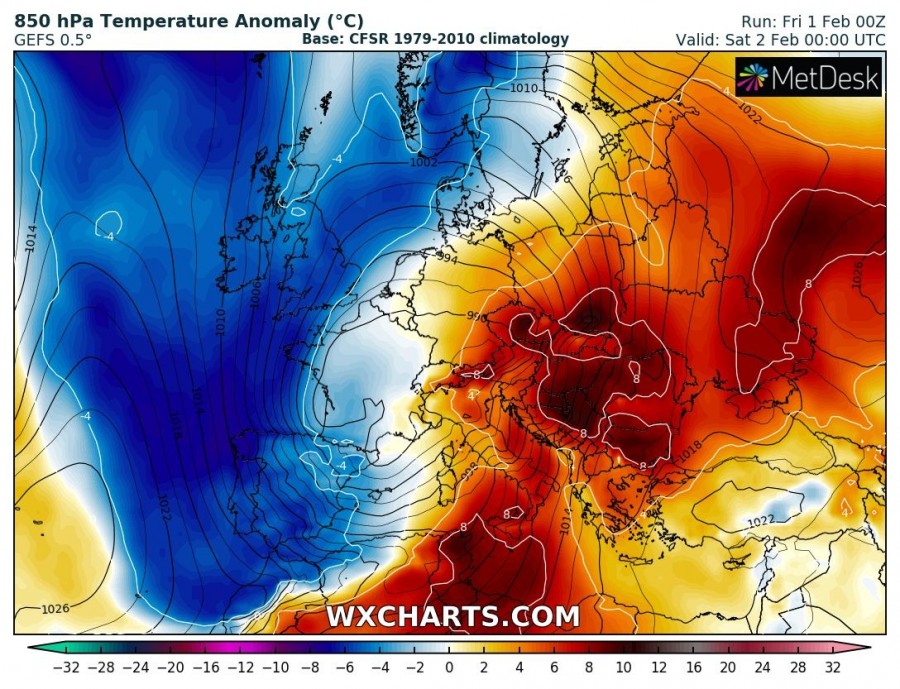 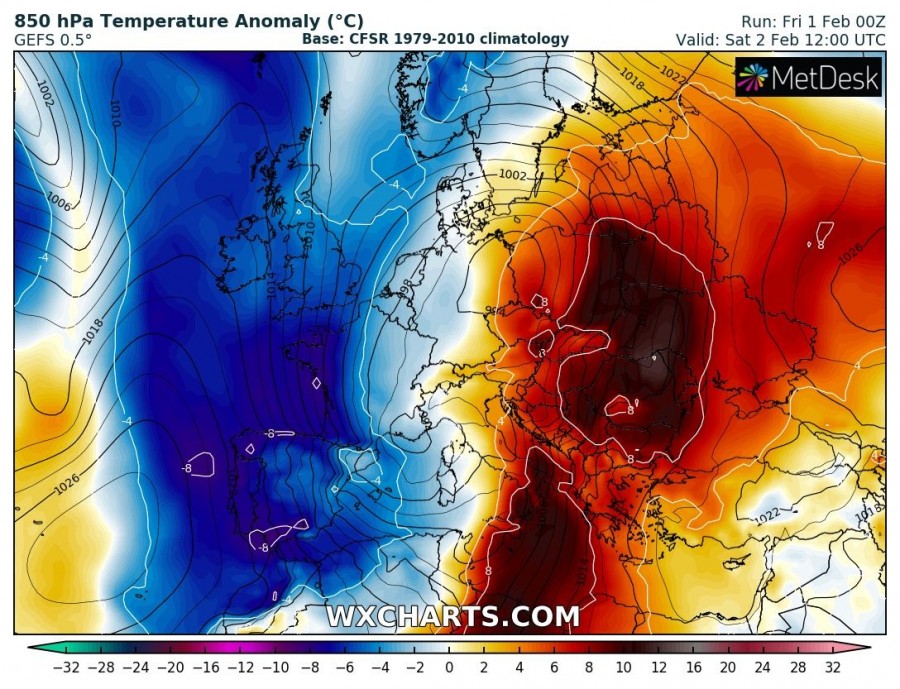 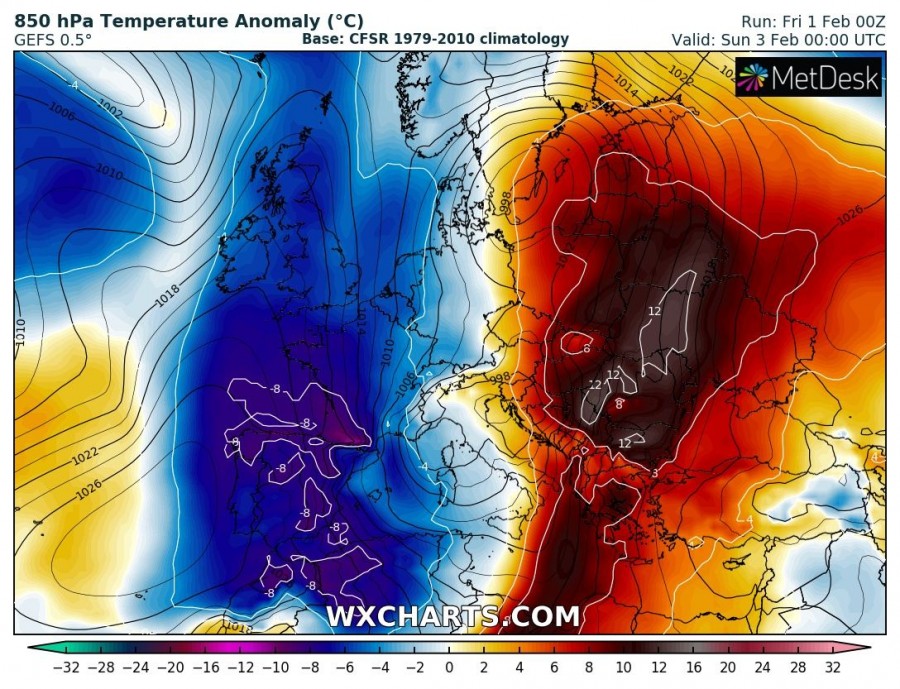 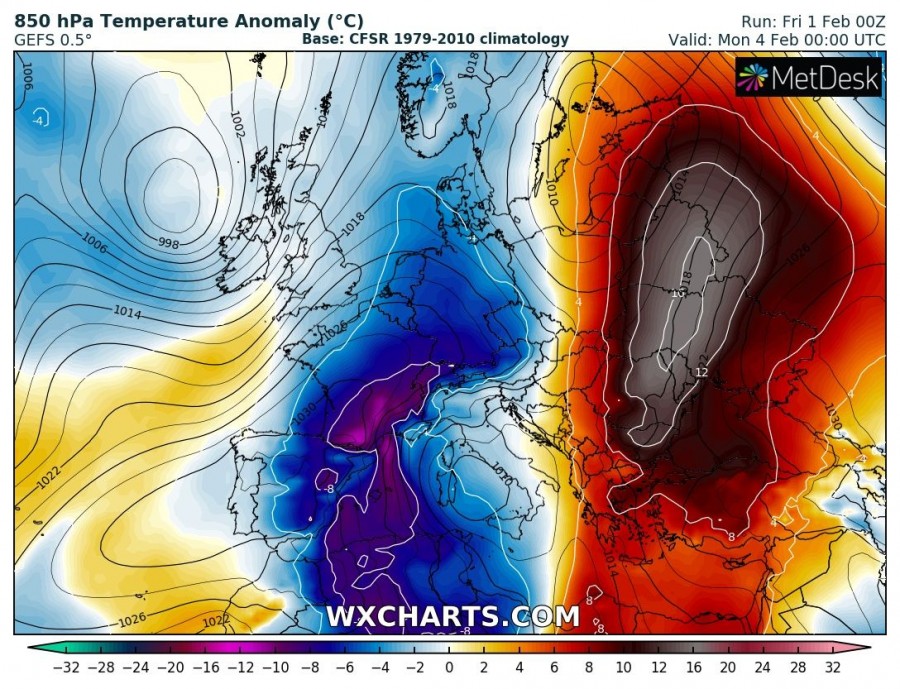 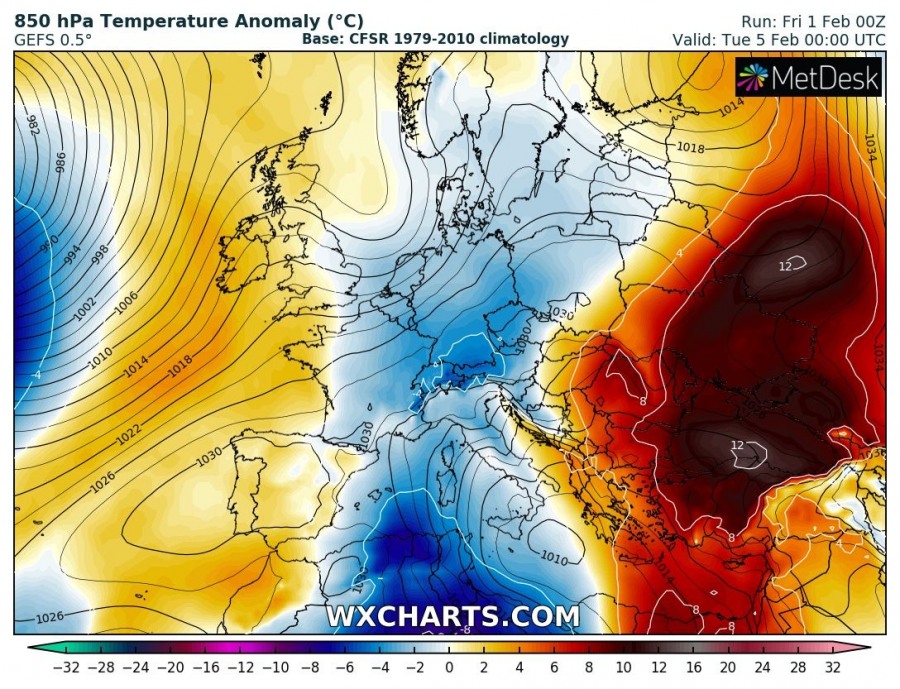 This very warm airmass will locally push afternoon temperatures well above 10-15 °C. The result will be a strong snow melt in many areas and combined with excessive rainfall locally, also enhanced flooding threat. 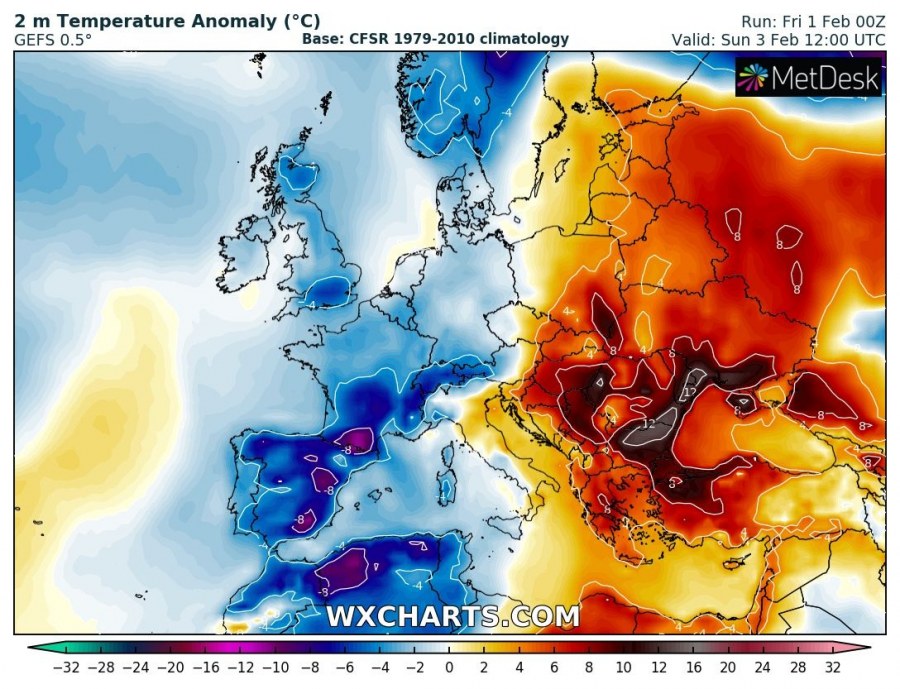 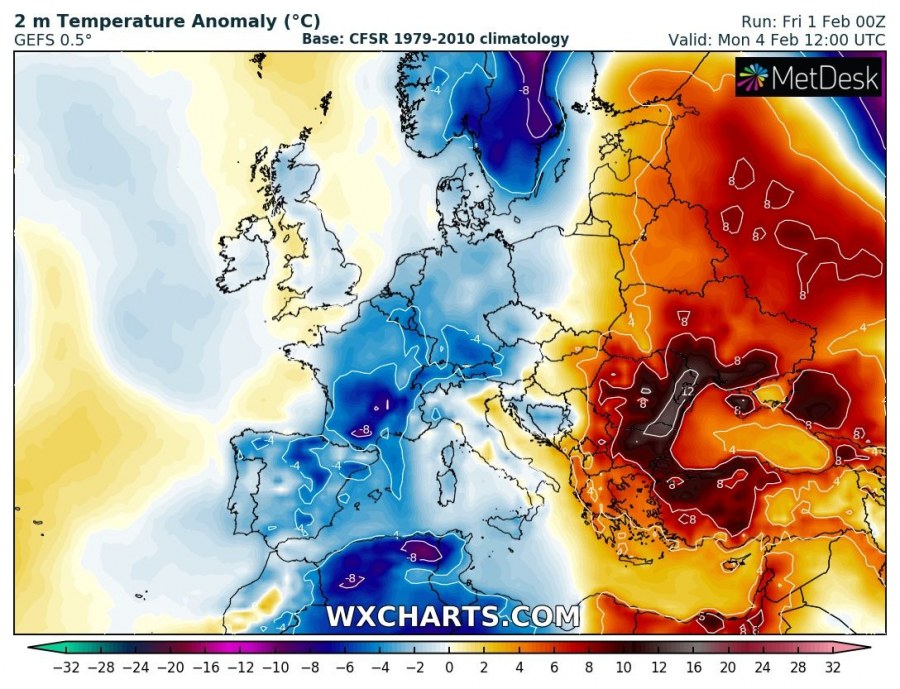 Share on TwitterShare on RedditShare on FacebookShare on PinterestShare on WhatsApp
New round of snow for Wales and south England tonight and tomorrow
← Previous
UPDATE on the excessive precipitation in the Alps and northern Mediterranean region (southeastern France, north Italy, Slovenia Croatia) through Saturday
Next →
Comments are closed.