We take a short look at the weather patterns across the Mediterranean in the autumn that produce severe weather and how high sea surface temperatures may affect them. 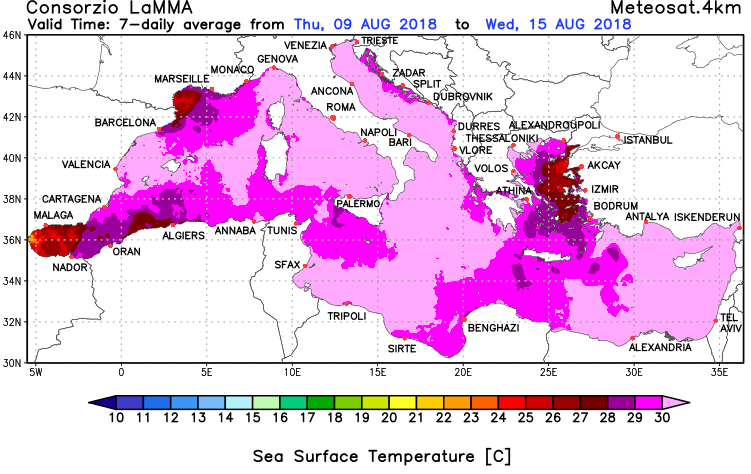 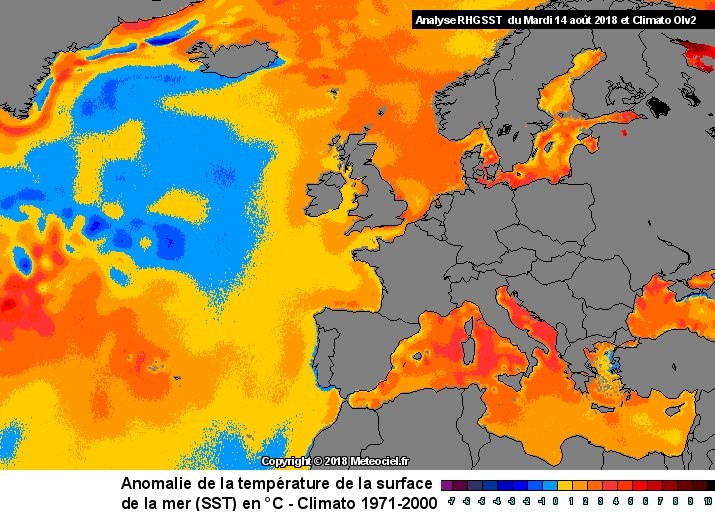 Mediterranean sea surface temperature anomaly (and other seas around Europe) over the past week. All are well above the 1979-2000 average, the Mediterranean locally by as much as 4 5 C. Map: Meteociel.fr.

Increasingly deep troughs over the northern Mediterranean with secondary cyclogenesis frequently establish slow moving strong surface wind convergences over the Ligurian sea. Lifting along the convergence and strong jetstream aloft produce long convective lines of training thunderstorms, that produce persistent torrential rainfall along the Ligurian coast. Cumulatives of 200-400 mm / 24h are not unusual. Along the northern Adriatic sea, training cells usually form in the Friuli region (Italy) and Kvarner (Croatia), where upslope flow and forced lift occurs along the slopes of the Alps and Dinarides. These persistent setups often produce rainfall episodes lasting 24-48 hours, with cumulatives 200-400 mm / 24h not unusual. Particularly high sea surface temperatures may result in a more moist airmass advected into these setups and higher amounts of rainfall. See some examples of these intense autumn flash flooding events in the northern Mediterranean region.


Check our articles on tornadoes in Italy and Croatia too.

Autumn cutoff lows over the central Mediterranean can sometimes produce persistent warm air advection with convective and orographic rainfall that go on for days. Local rainfall totals 400+ mm are possible, resulting in devastating flooding – such as the floods in Western Attica of November 15, 2017.