An explosive cyclogenesis will take place tonight, forming a dangerous storm #Jorge. The depression begins rapidly intensifying after 18 UTC this evening. This morning pressure analysis revealed around 986 mbar in the core which is expected to deepen close to 950 mbar by tomorrow morning! A violent hurricane-force wind field will develop around the center of the low and blast towards Ireland and Northern Ireland through Saturday morning, and towards England, Wales and the English Channel in the afternoon hours. Peak gusts could locally exceed 90 mph / 150 km/h! Heavy rainfall will worsen the flooding conditions across England and Wales.

Based on the North Atlantic NOAA OPC analysis, a broad cyclonic circulation is present with two embedded low-pressure systems in the main core. Here are the central pressure data of both cores since yesterday – they both are expected to rapidly deepen into mid 950s by tomorrow (Saturday) morning: 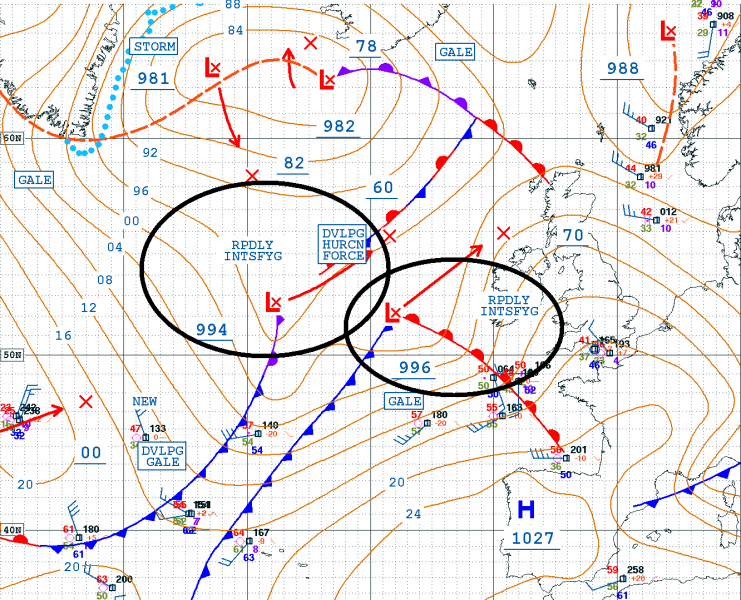 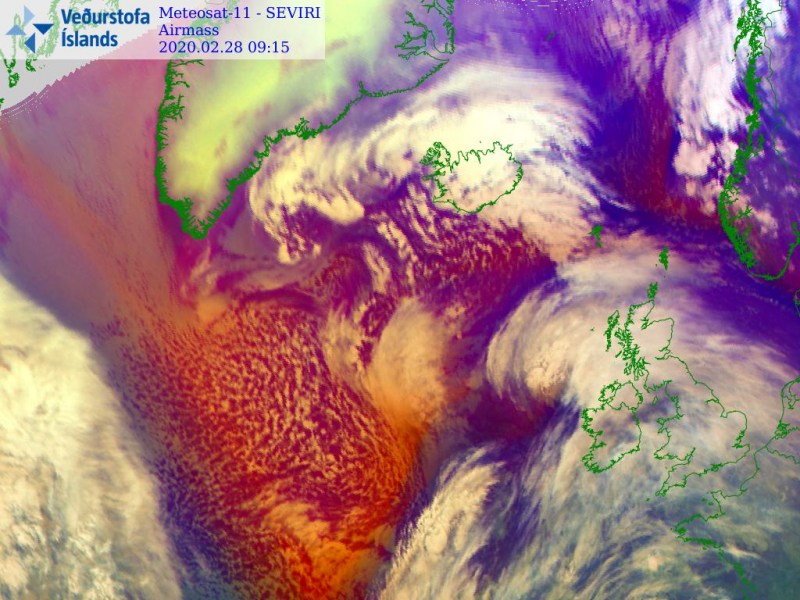 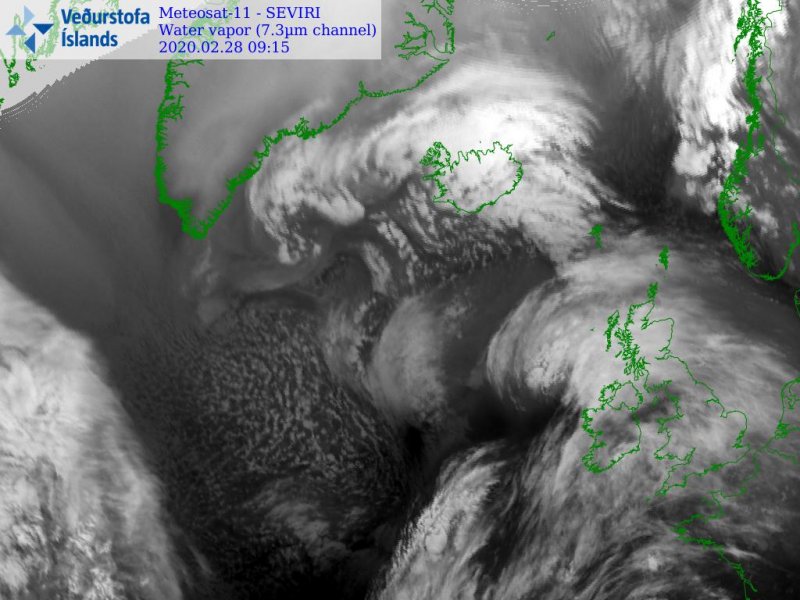 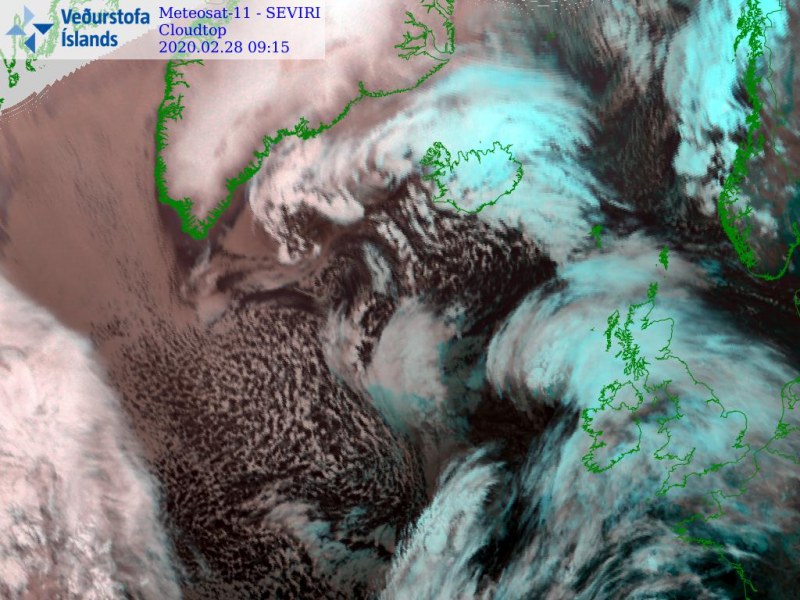 Here is the ARPEGE model 6-hour sequence of the sustained winds, an intense wind maximum with average speeds of 110-115 km/h winds is simulated, spreading east into Ireland and UK through Saturday. Winds will be violent close to the core during its strengthening process (early Saturday morning). 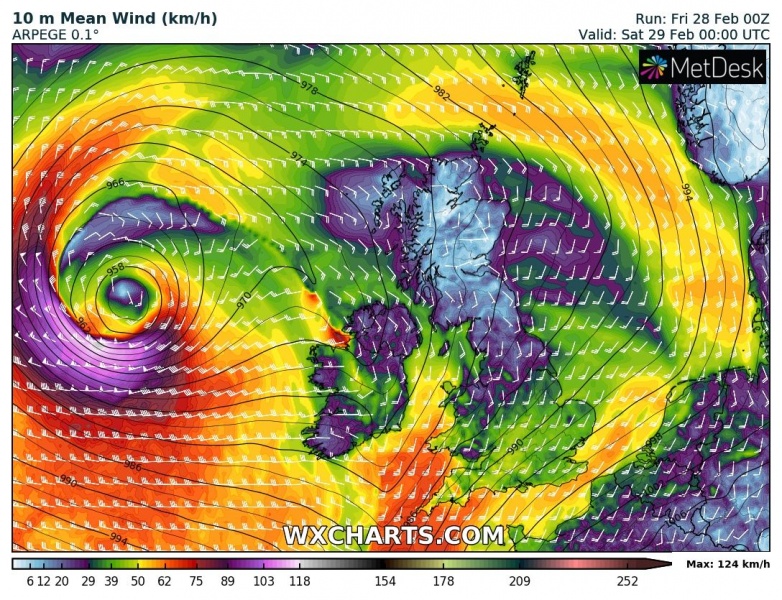 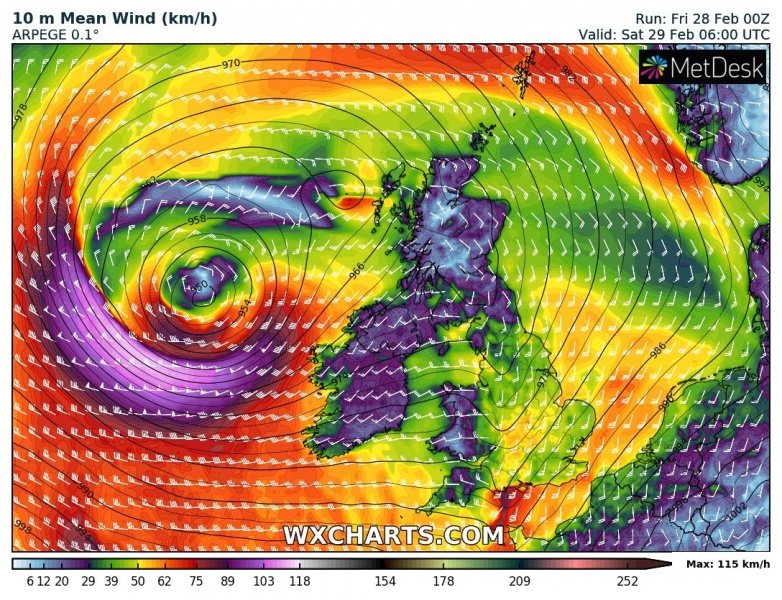 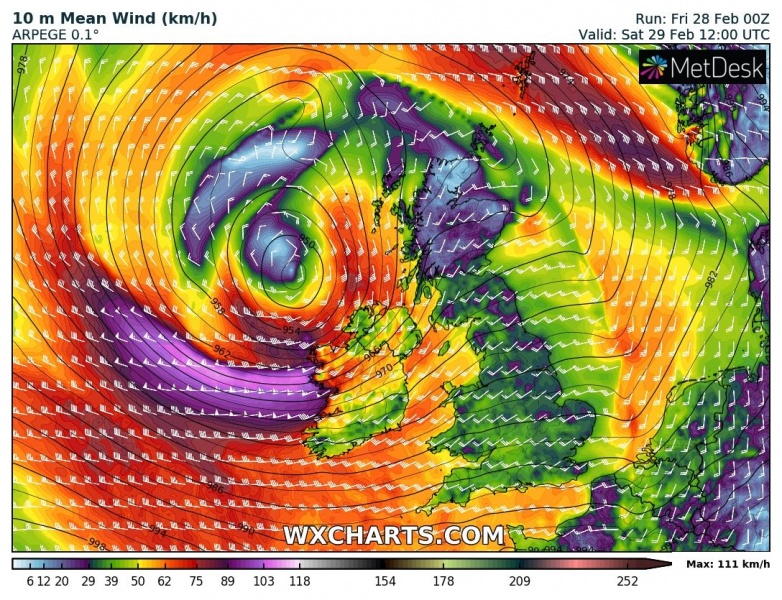 Peak wind gust swaths per ICON-EU, ARPEGE and ECMWF models – they are all in a very good agreement in a severe windstorm to spread into Ireland and western Ireland first, resulting in 120-150 km/h winds locally. Windstorm then pushes further east across England and Wales as well. 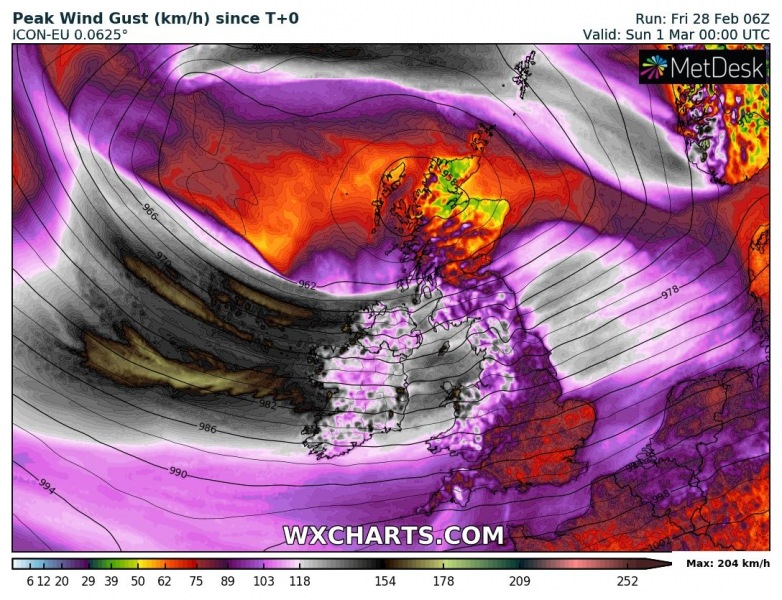 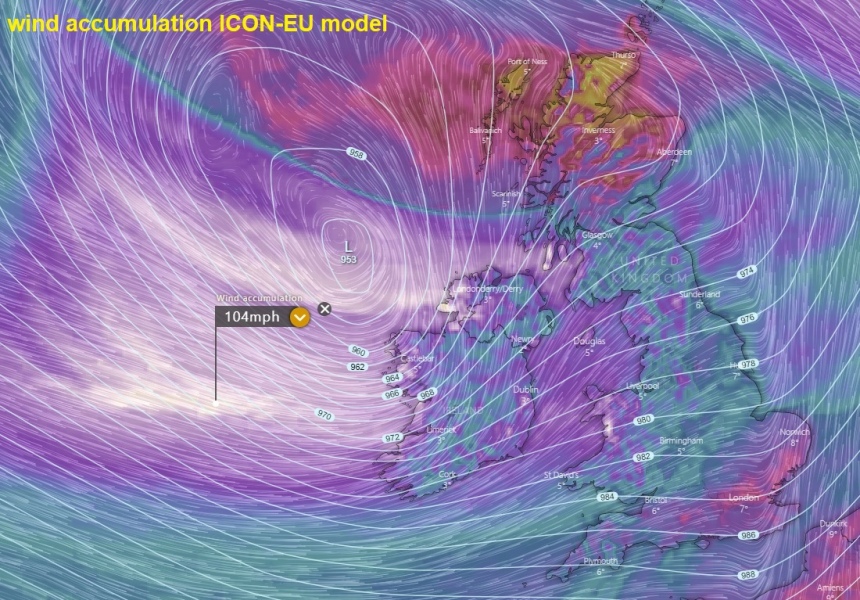 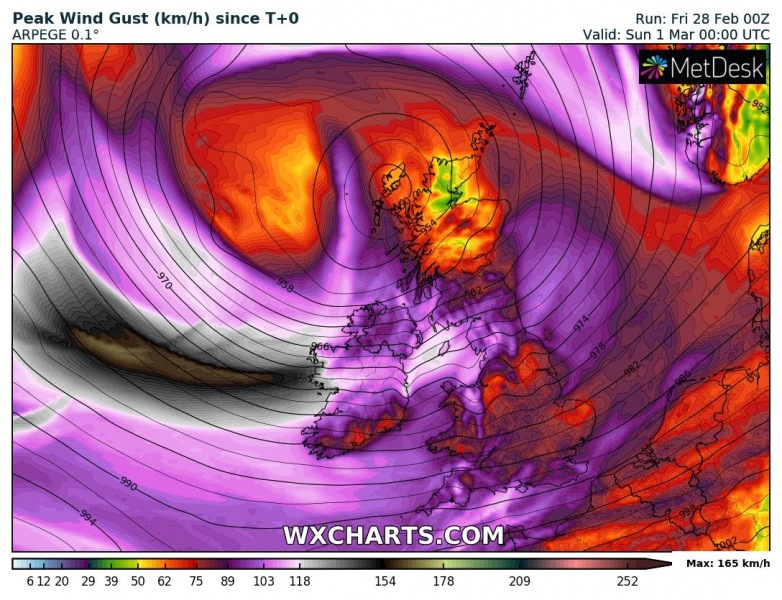 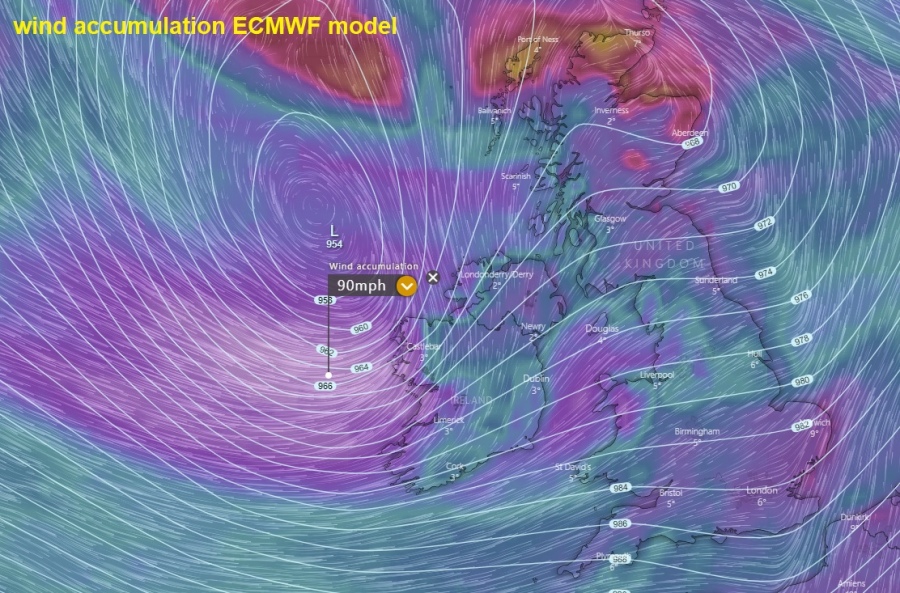 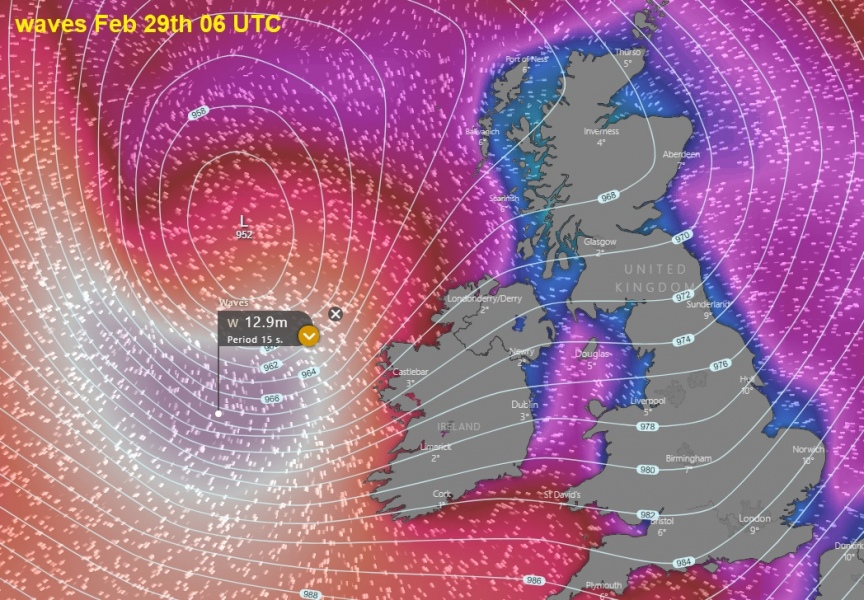 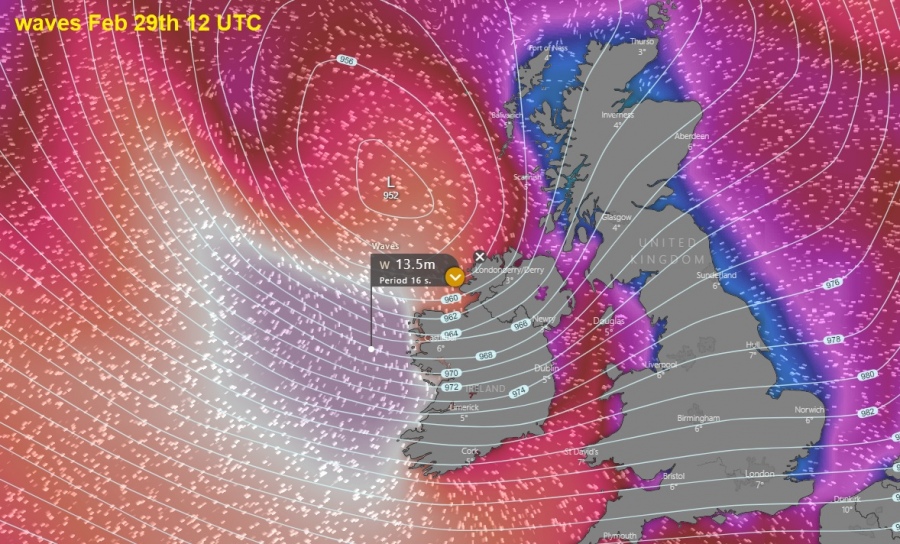 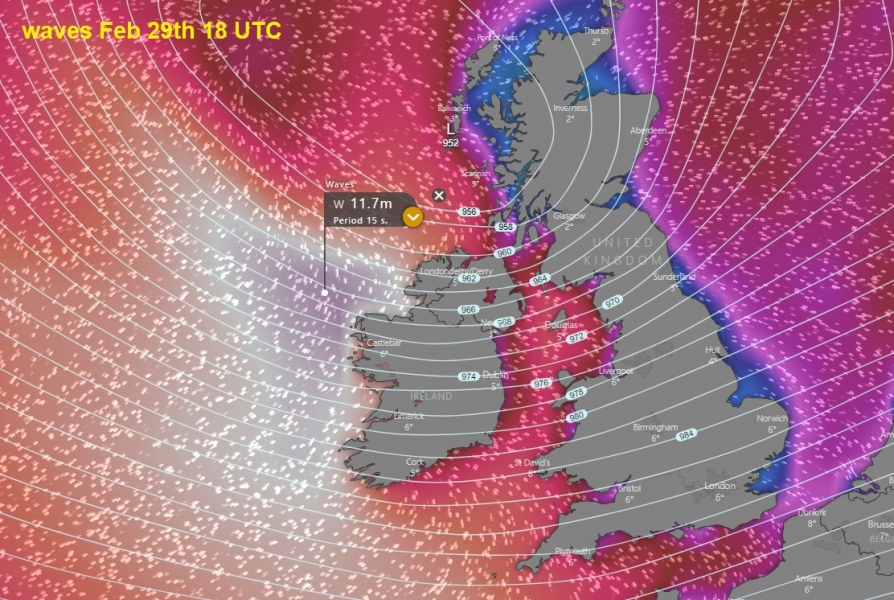 Please refer to the primary forecast for further details:

North Atlantic strikes again this weekend – The explosive development of deep cyclone will introduce an intense storm #Jorge across Ireland, UK and Wales on Saturday