Update on the Medicane track and severe weather threats for Sunday, September 30, 2018

The Medicane made landfall around midday on Saturday over western Peloponnese and brought severe weather to the region, including intense winds, torrential rainfall, flash floods and tornadoes. We take a look at the track and expected effects of the system over the Aegean region tomorrow.

The system has weakened considerably after passing over land. Peak expected wind gusts on Sunday are in the 85-115 km/h range.

Torrential rainfall and flash floods remain the most important threat from this system. Up to 200-300 mm of rainfall is expected by early Monday, particularly over estern Central Greece and Attica. Flash flood threat in these areas is significantly enhanced! Moderate instability will be in place over central and eastern Aegean, where favourable veering vertical wind profiles combine for enhanced tornado threat. 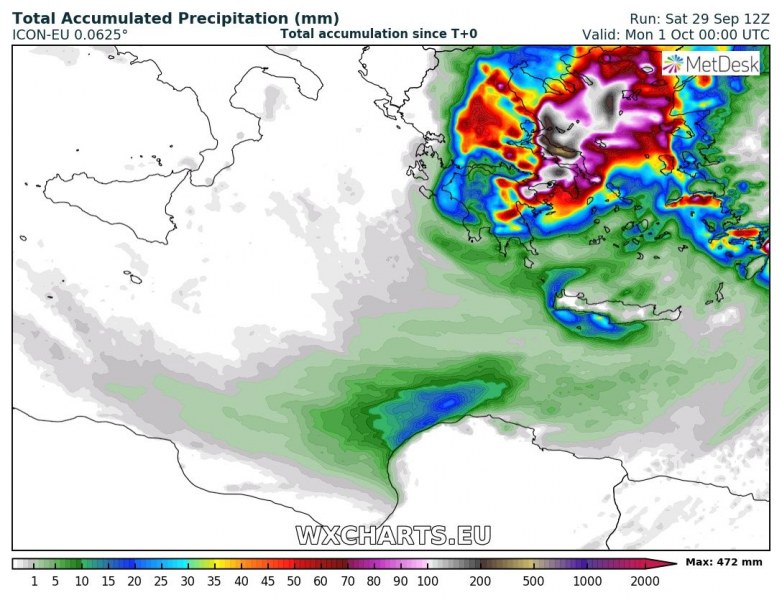 Refer to our special Severe Weather Outlook for details on risks from the system. While the medicane has lost some organization and strength, the threat for flash floods remains high!