Furtunatelly the system which was forecast to be quite intense tonight into tomorrow (Monday) morning, has not organized enough to support intense wind field. It still is expected to bring severe winds across Ireland, Wales, England, and the English Channel. It should intensify more over the North Sea later tomorrow. But some fresh snow seems likely across Northern Ireland, northern England, and Scotland this morning.

Satellite imagery indicates the deepening cyclone nearing western Europe tonight, with a quite strong dry intrusion behind the front. 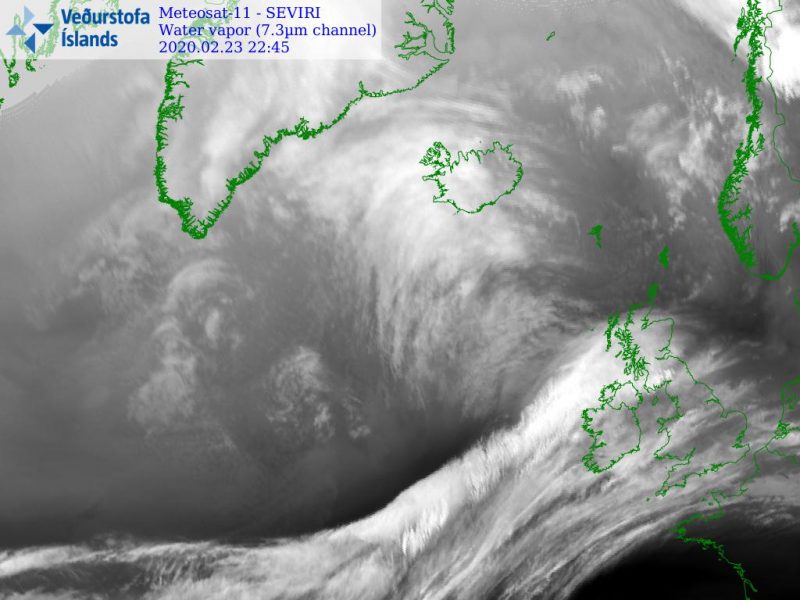 Evening analysis has the system at around 1002 mbar, centered west of Ireland. Tight pressure gradient is visible gradually spreading towards Ireland, the English Channel, and northern France.

Here is the high-res AROME model guidance for peak gusts and snow amount through Monday. Locally gusts should still exceed 100 km/h. Some snow should accumulate to the north of the warm front across Northern Ireland, northern England and indeed Scotland. 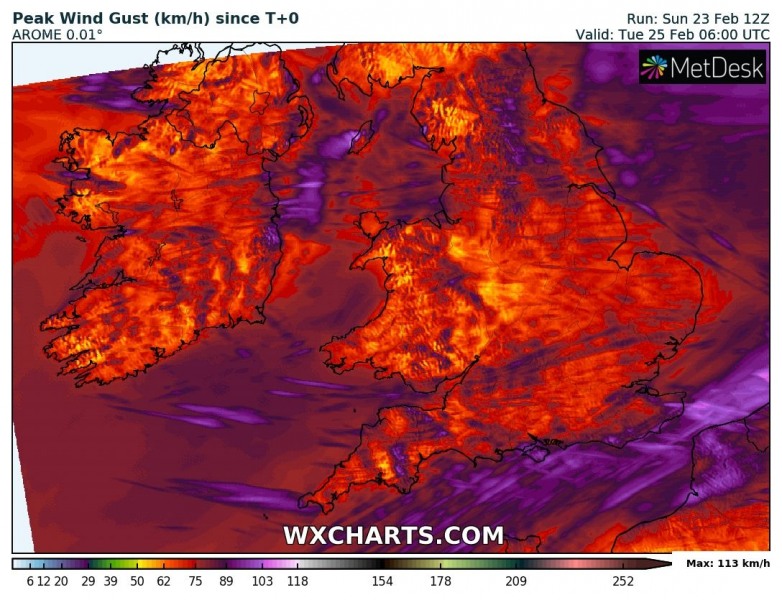 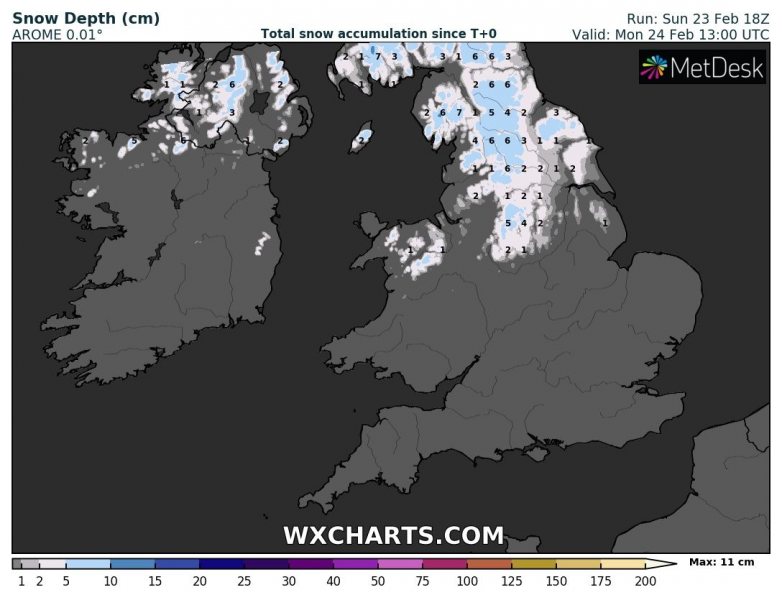