We are now in mid January and the effects of the Sudden Stratospheric Warming (short: SWW) and Polar vortex split are becoming visible as strong blocking over the Arctic region is resulting in strongly dynamic pattern in the mid-latitudes. The current strong ridge over the north Atlantic should persist until the weekend when a significant pattern change will likely occur. The ridge over the Arctic will intensify while the northern Atlantic ridge retreats west towards North America. This brings development of troughs with cyclones also towards western Europe. As a result, widespread cooling will take place for large parts of Europe and enhance chances for snowfall events.

The pattern overview for the weekend into early next week indicates weakening of the north Atlantic ridge as its axis retreats towards the North American continent. Deep troughs pass over the western Europe and continue towards south and southwest Europe as well. As a result, an intense cold outbreak should develop for the western half of Europe, including the British Isles and Ireland, Iberian peninsula, central Europe and the Mediterranean. 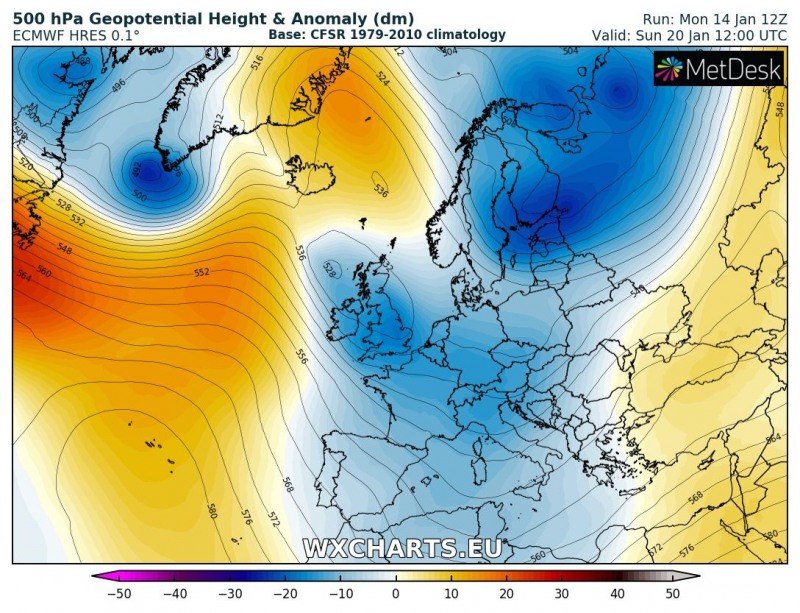 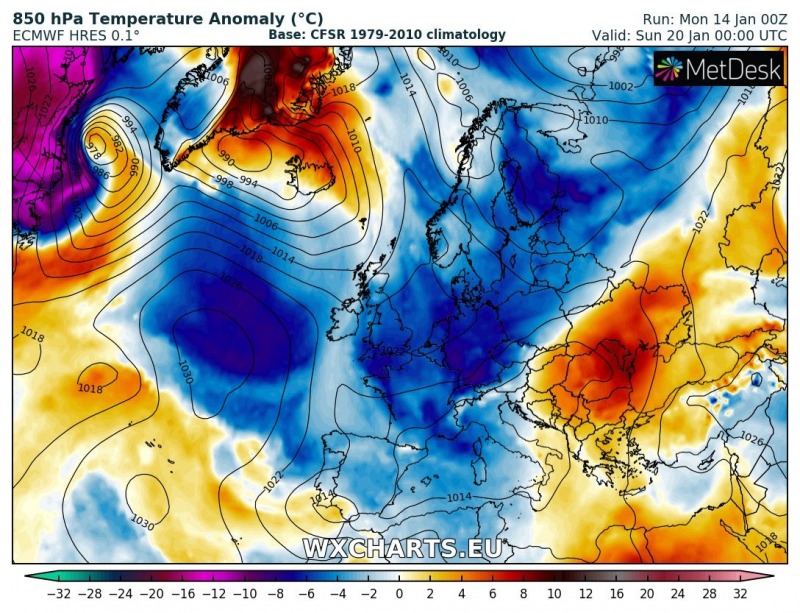 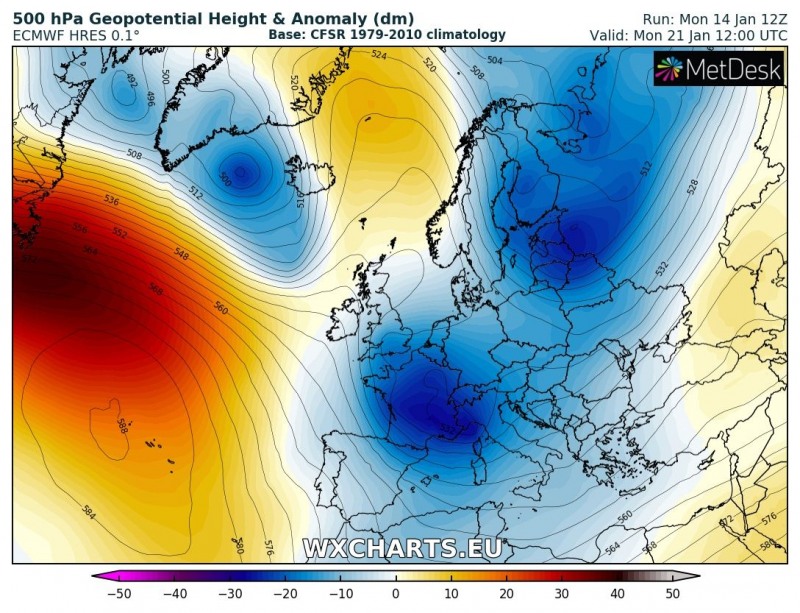 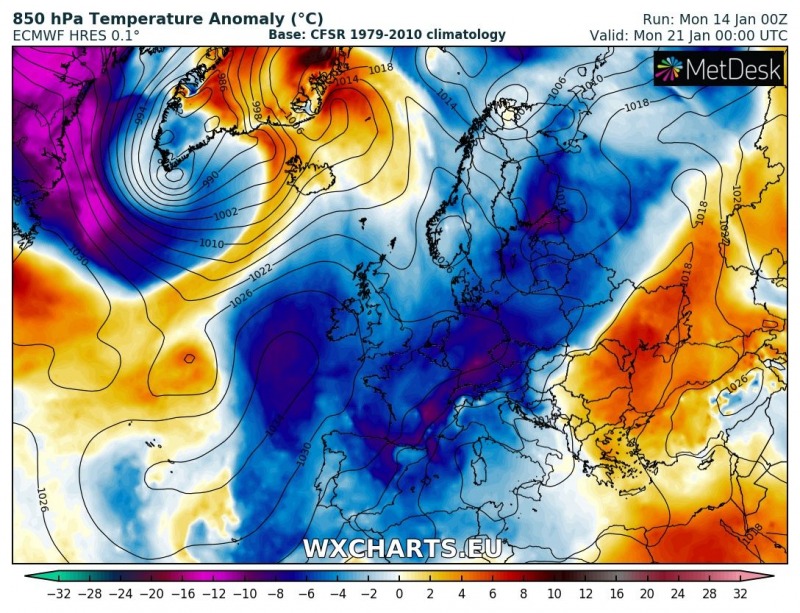 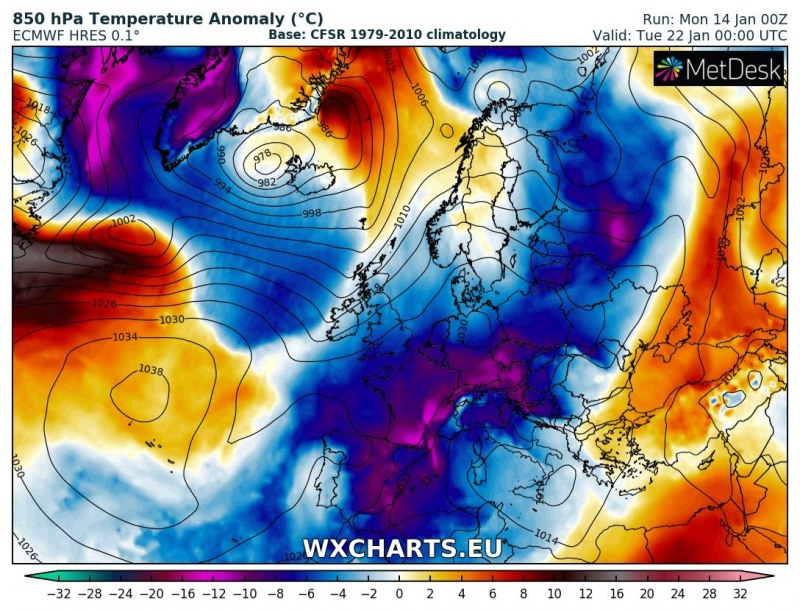 Looking at the dynamics in the pattern next week, a trough over the western Europe will intensify into a large and very deep system and a cyclone at surface level. Despite this period being a week ahead, most of mid/long range models are in a quite good agreement on the intensification of the trough and related dynamics through early-mid next week. 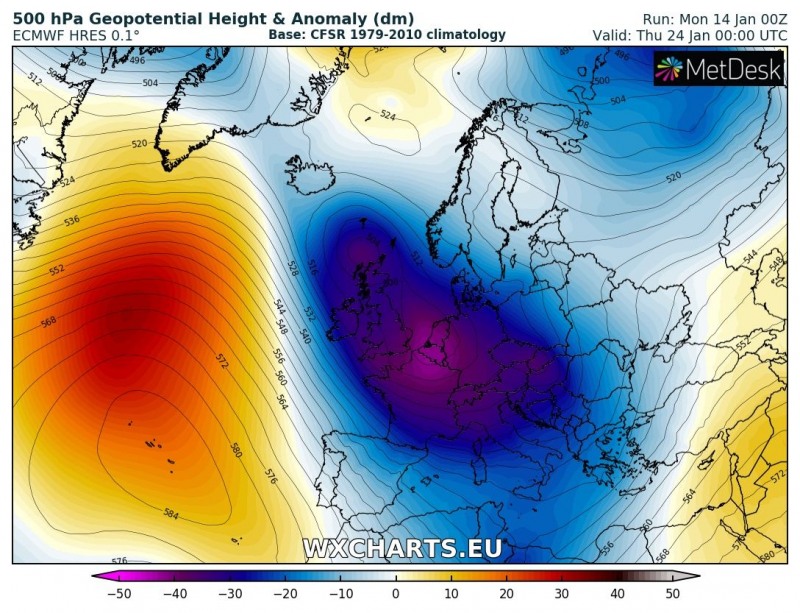 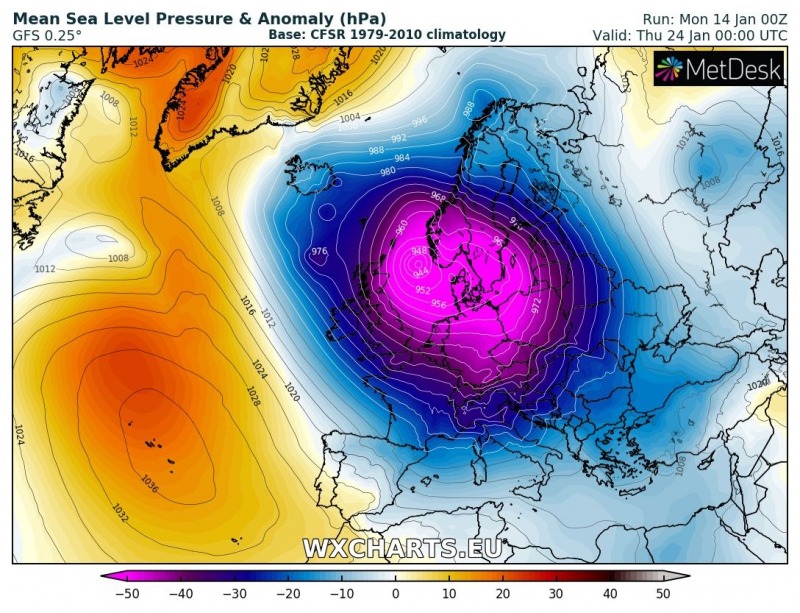 As mentioned above, much colder weather is expected over the western half of Europe, in response to a much more dynamic deep trough. The ensemble ECMWF model map reveals 850 mbar temperature anomaly for days 5-9 – between January 18th and 23rd. 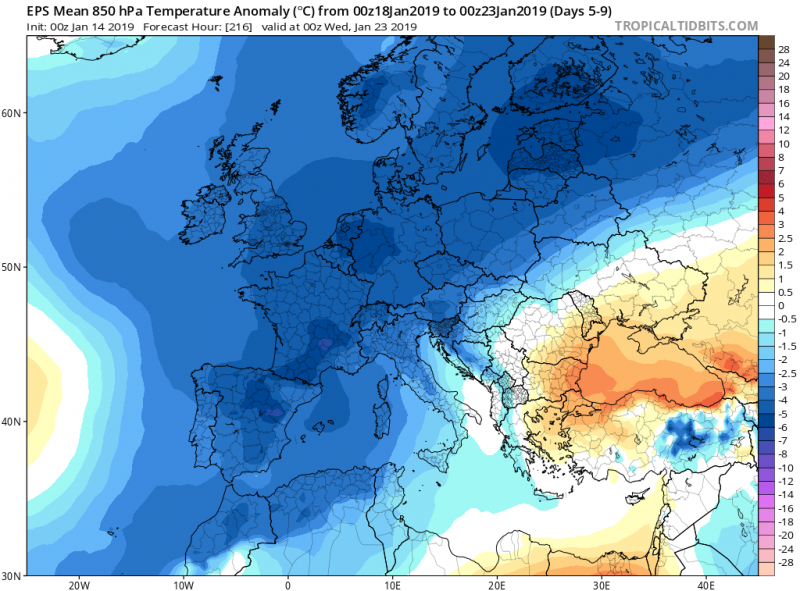 Here is the snowfall probability map for mid next week, suggesting improved chances for snowfall events across a large part of Europe, including western and much of central Europe, which have both experiencing a lack of snowfall this winter so far. 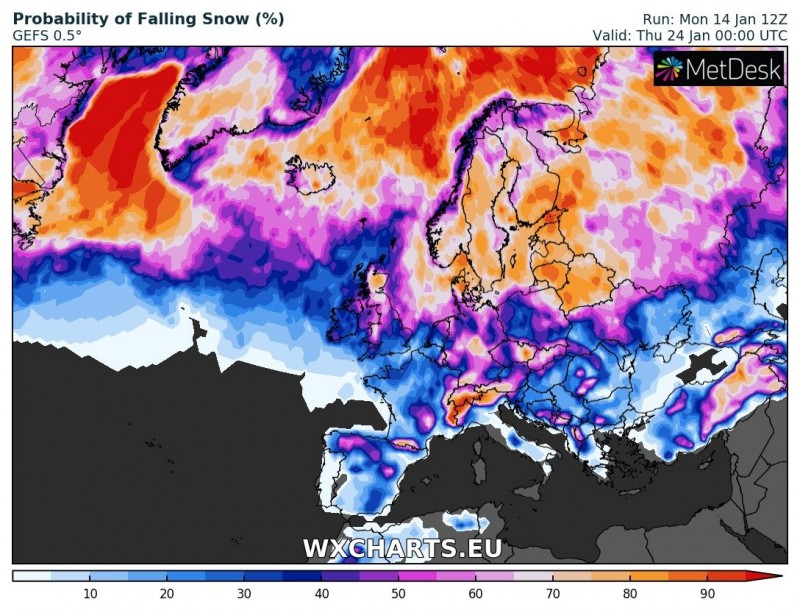