An impressive satellite presentation has been observed over the far NNW Atlantic since yesterday as a very large deep cyclone with a pronounced frontal system formed. While central pressure is not extremely deep, the structure of the surface cyclone is quite impressive. The center of the cyclone was right over the Labrador Sea yesterday afternoon and deepening. Cyclone is now moving east and will travel south of Greenland and gradually weaken until the evening hours.

Quite a great view over the cyclone was visible on NASA MODIS satellite already in the afternoon yesterday, while even more impressive structure appeared overnight. Attached are visible, infrared and airmass channels. 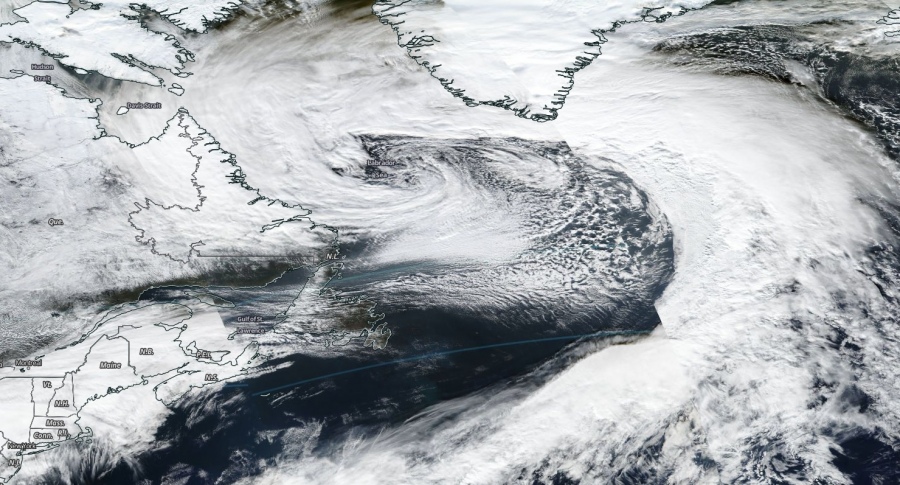 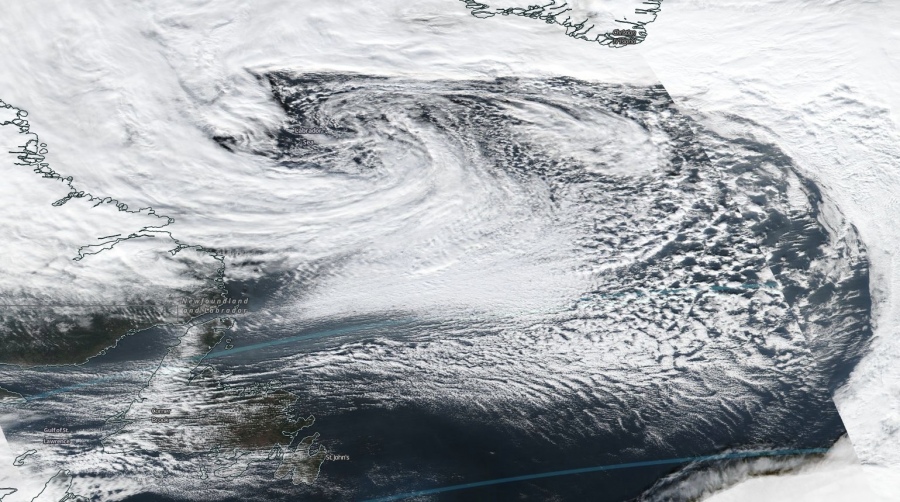 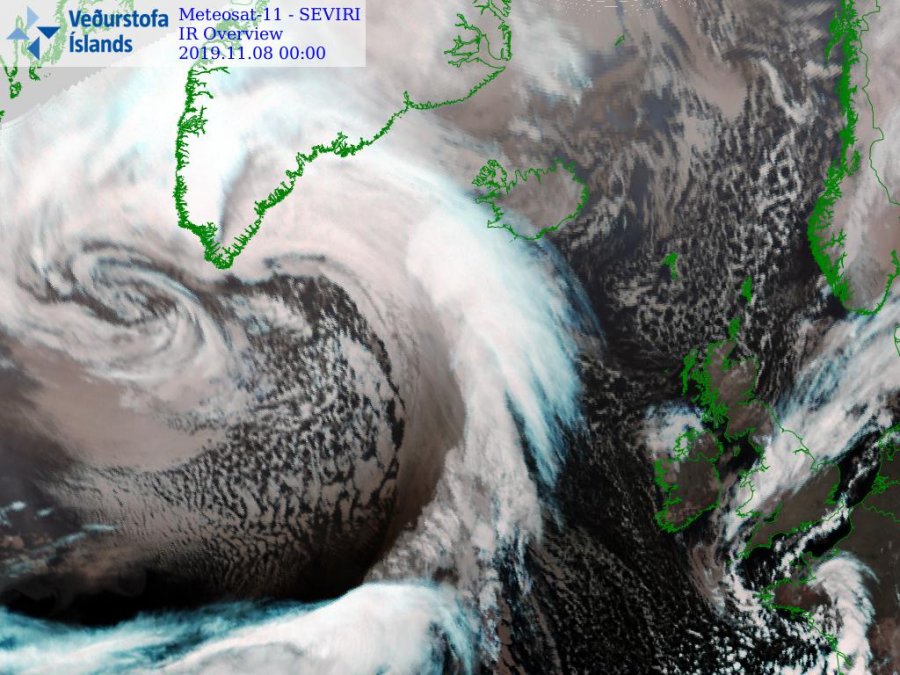 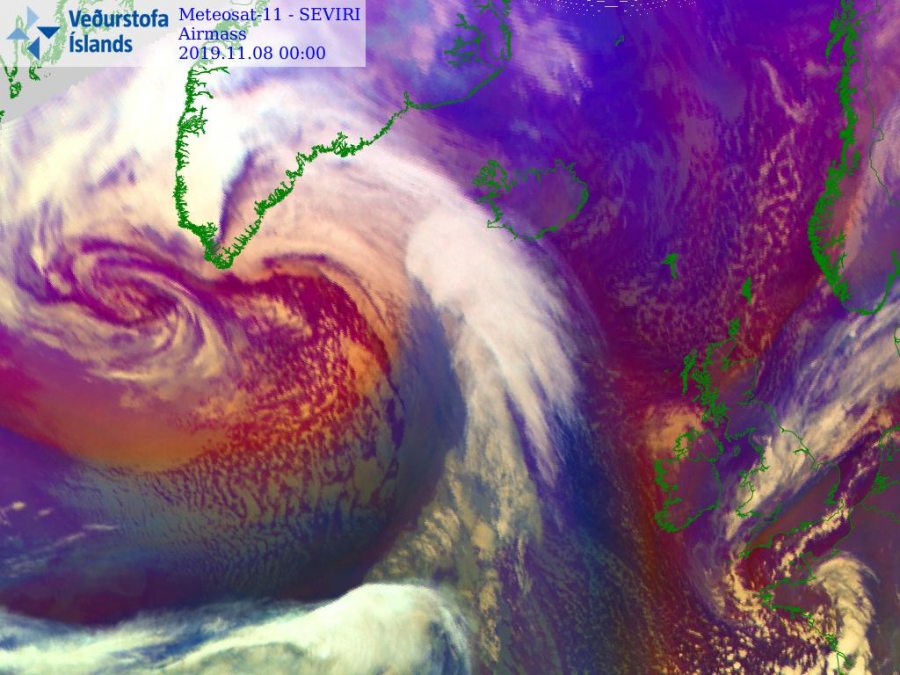 As of 18 UTC yesterday, Nov 7th, the cyclone had a central pressure between 965 and 968 mbar, based on Vedur and NHC analysis, also confirmed by 12 UTC ECMWF model run initialization analysis. The associated cold front was extending from the center towards the southern tip of Greenland and then curving southwest towards the US East Coast. Severe winds were developing behind the front as seen from the tight pressure gradient. 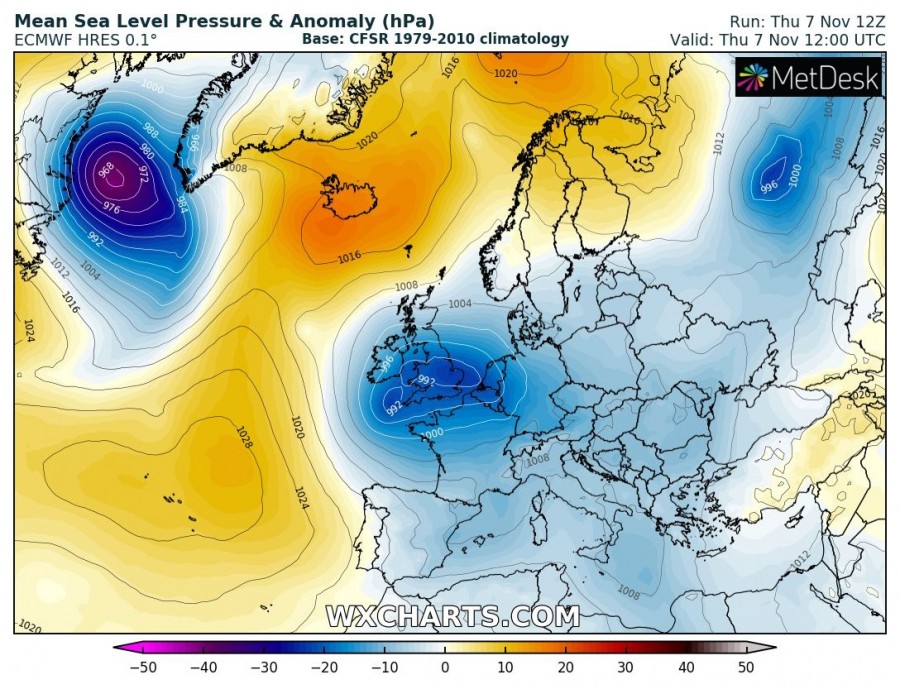 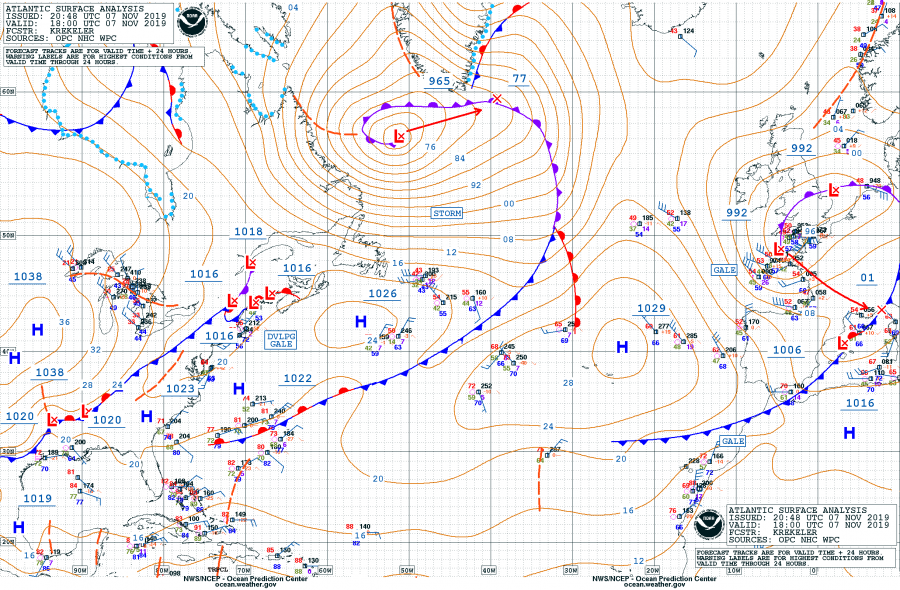 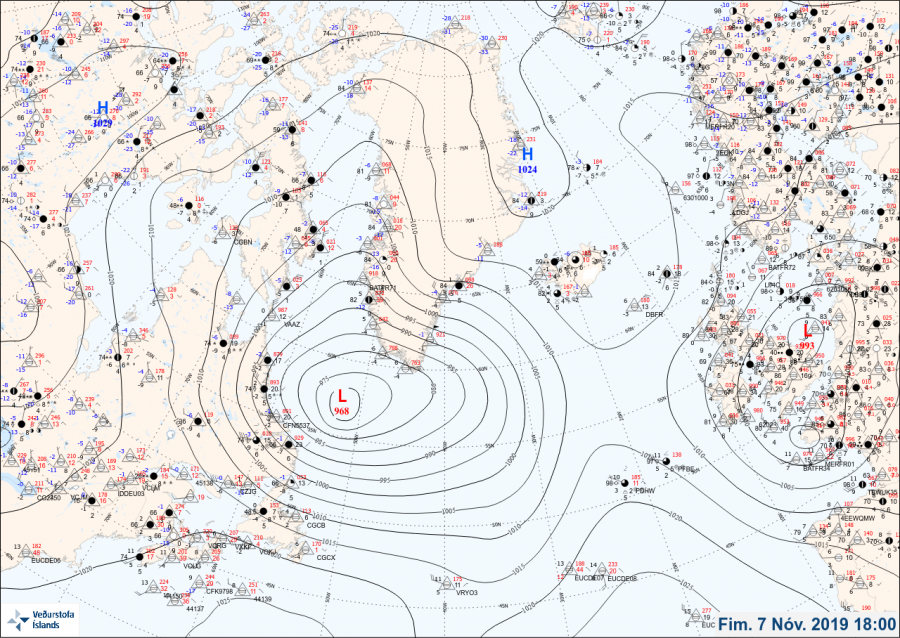 Today, cyclone will travel east while gradually weakening as central pressure is expected to rise with time. It will be moving just to the south of the southern tip of Greenland. The strongest wind field and windstorm will be over the Labrador sea, behind the main cold front. Resulting in widespread Arctic cold maritime airmass advection into the Atlantic ocean. 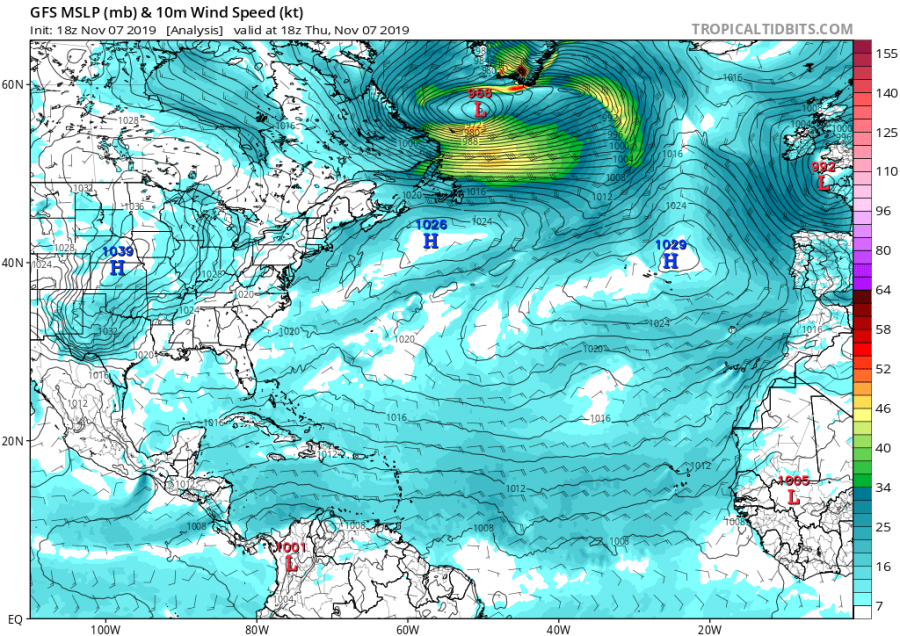 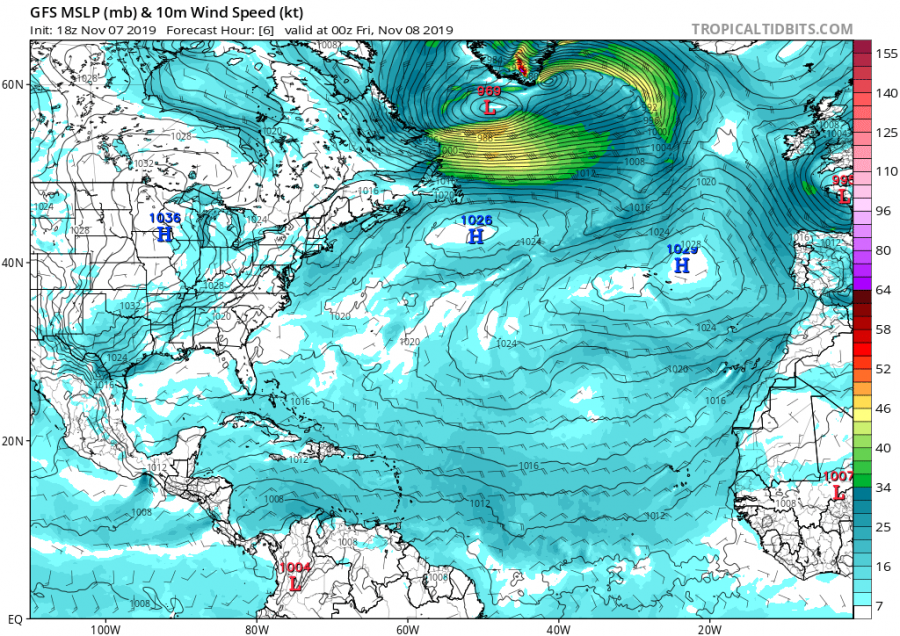 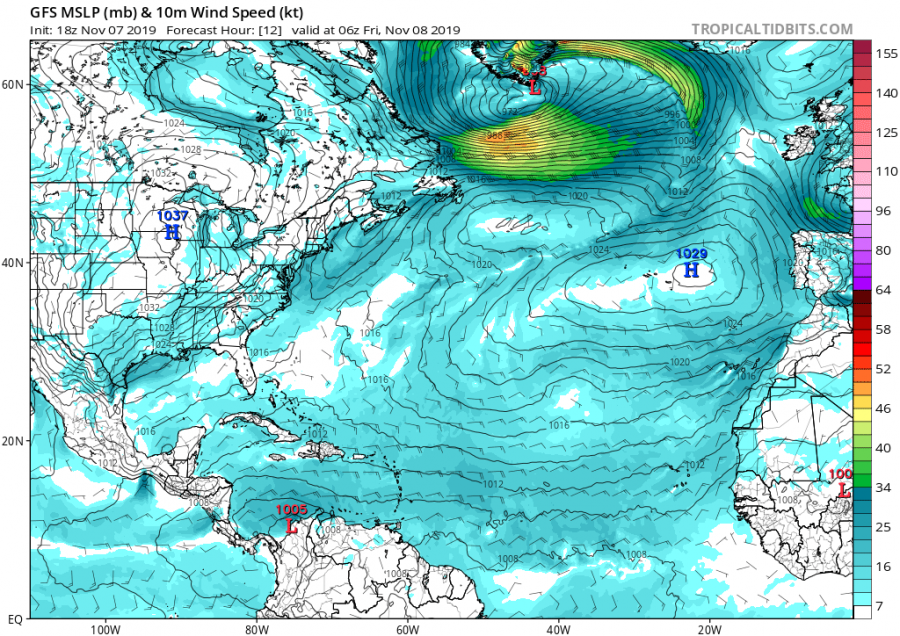 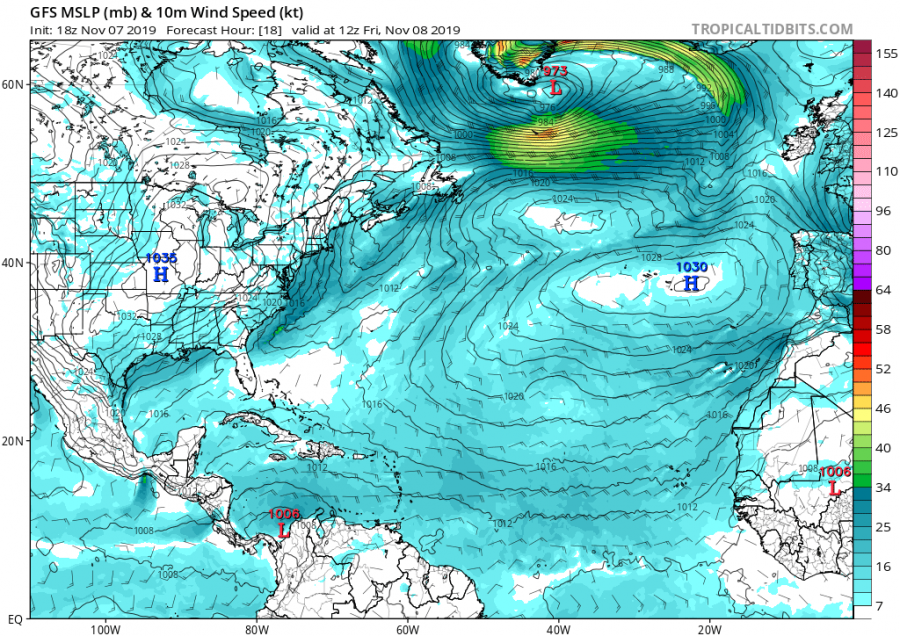 Attached are the peak wind gusts associated with the cyclone’s frontal system moving across the N Atlantic – peak gusts are expected across southern Greenland, Labrador Sea and east towards Iceland, locally in excess of 150 km/h. 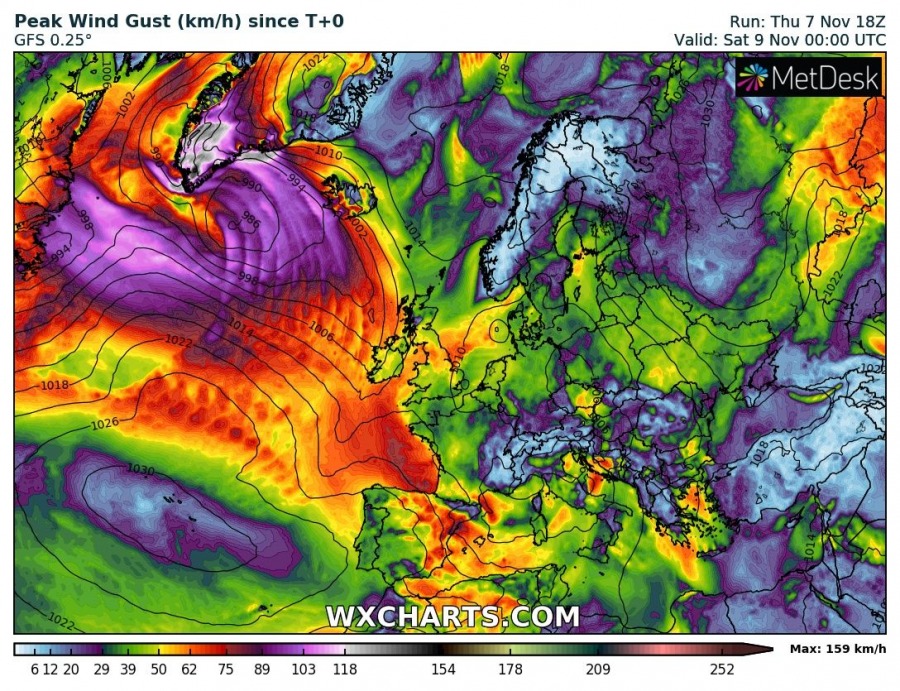