The Saharan dust outbreak is spreading further north and east. We take a look at the extent of the dust cloud on Wednesday and Thursday.

The following sequence of model maps in 6-hour intervals covers the interval from April 24 at 12h UTC to April 26 at 06h UTC. A cloud of dust is pushing across the Atlantic, over Iceland and into Greenland by early on Thursday. A long tongue of dust extends from southern Scandinavia across central and southeastern Europe into Turkey. Meanwhile, large dust loads persist over the southern, central and eastern Mediterranean, affecting particularly Greece, Malta, southern Italy, Cyprus and western Turkey. Significant amounts of dust also push into the southern Balkans and into the northern Mediterranean, all the way to the Alps, particularly towards the end of the period. 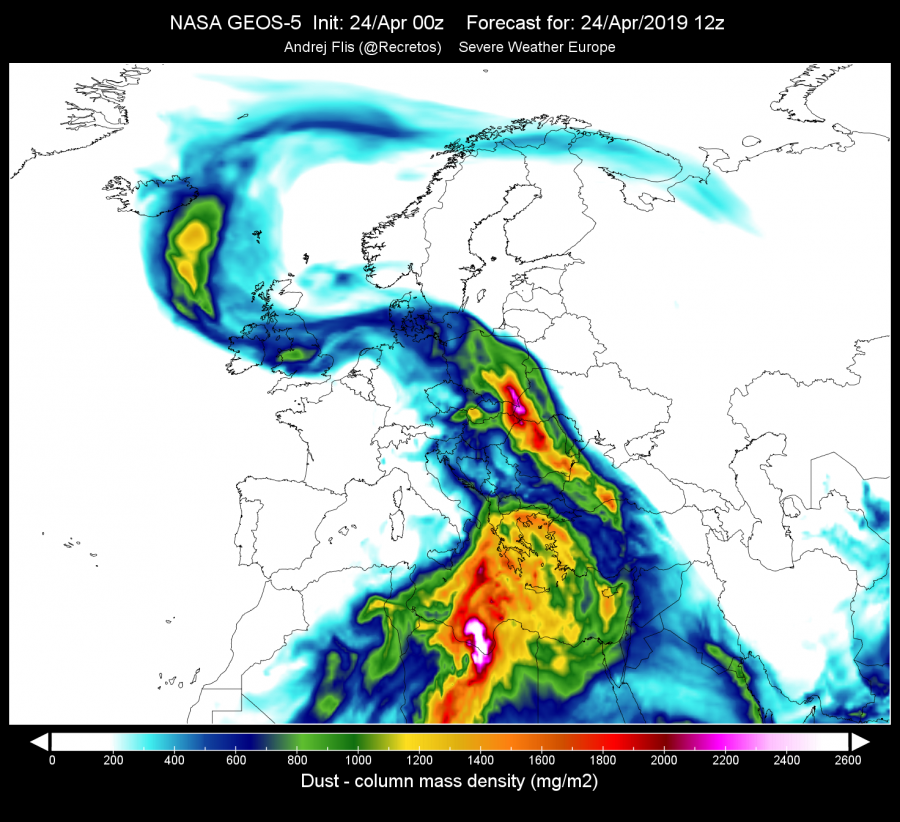 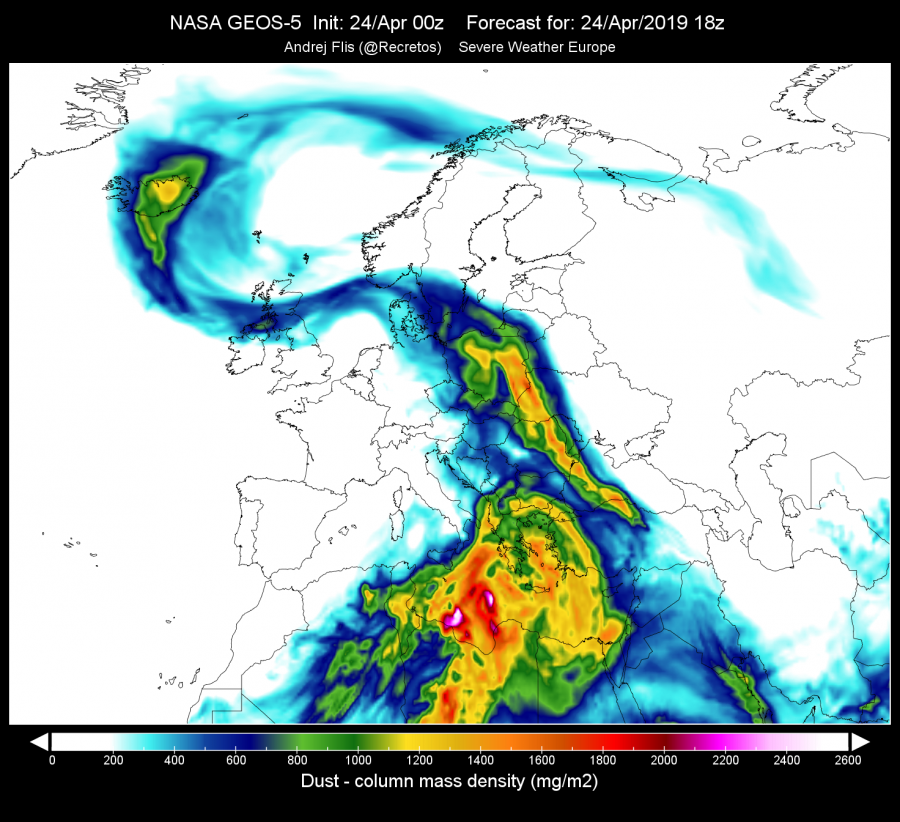 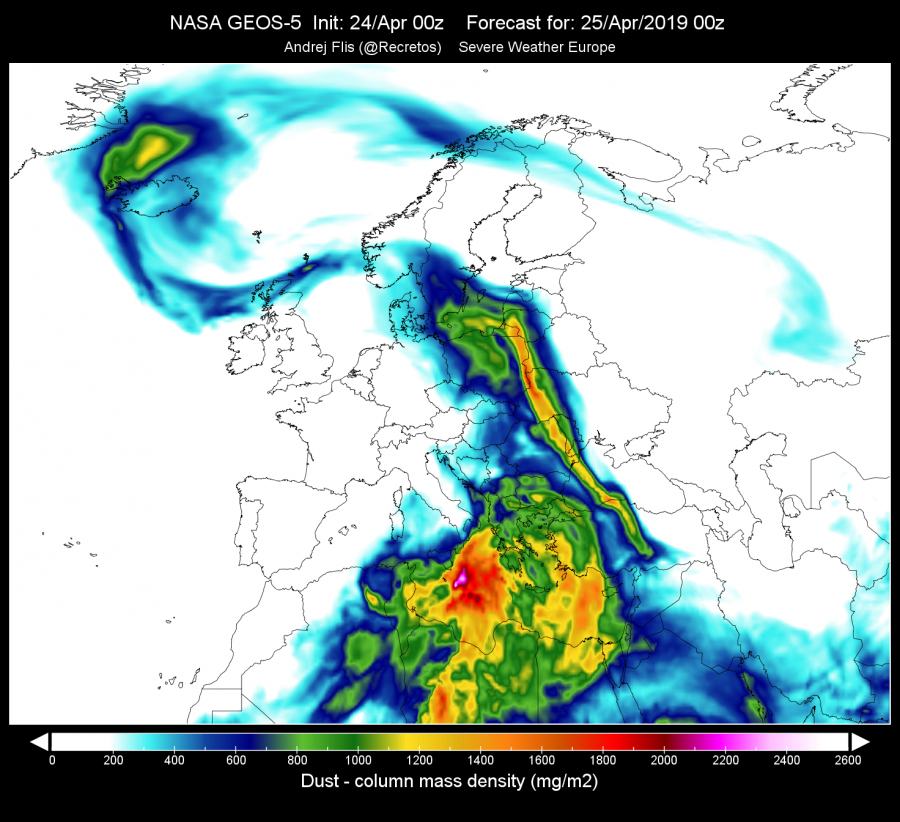 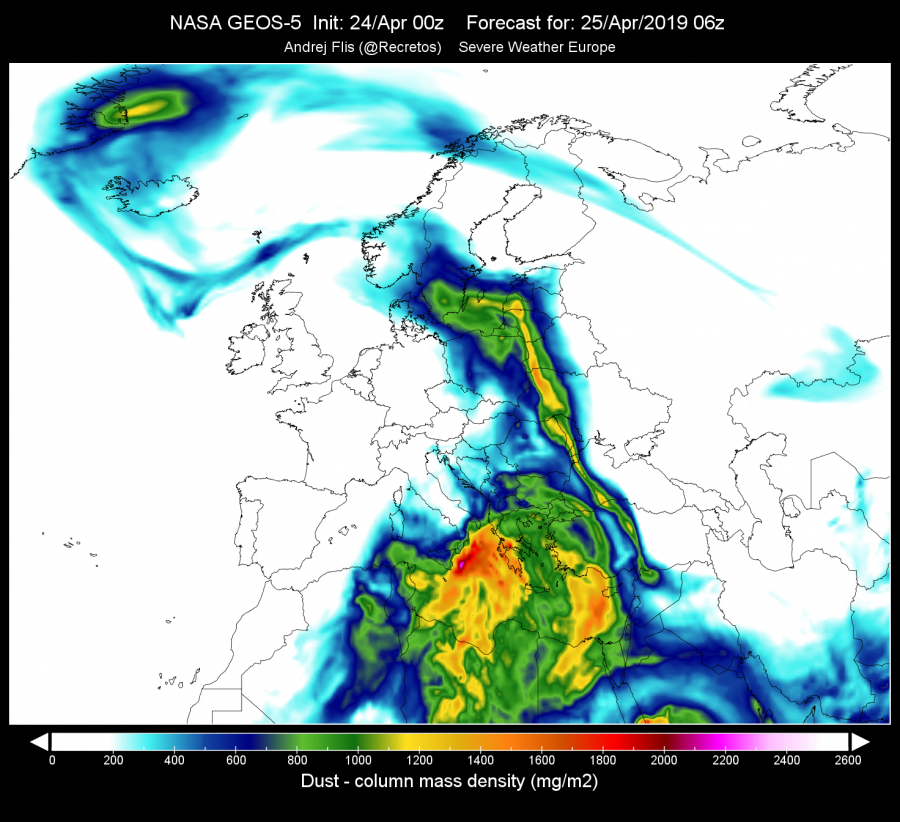 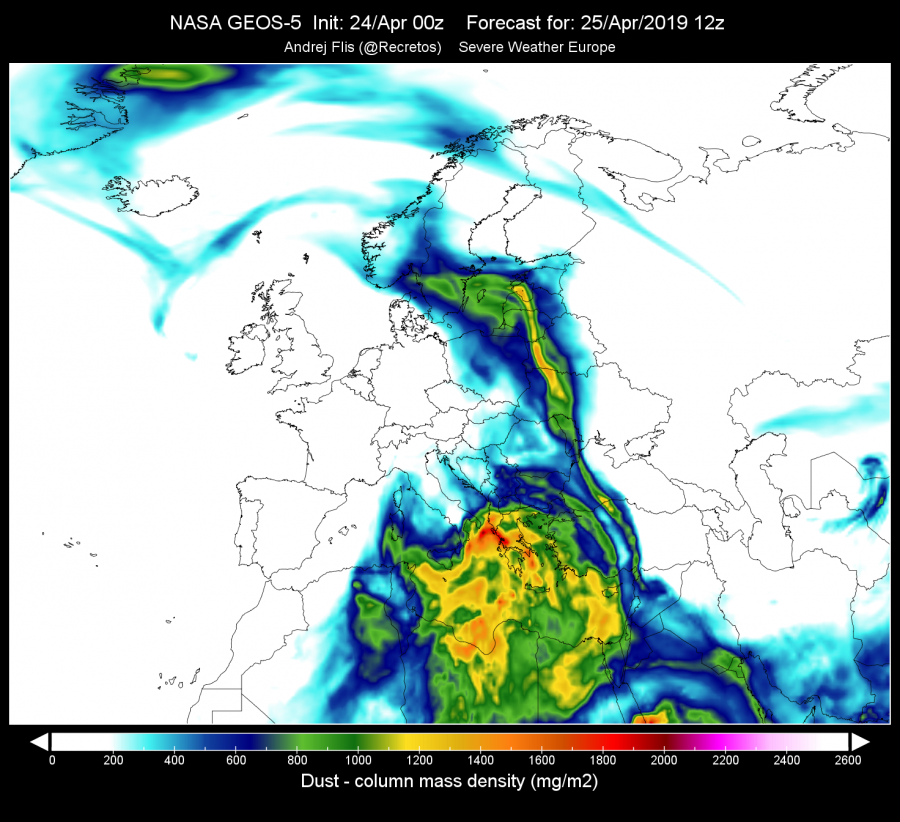 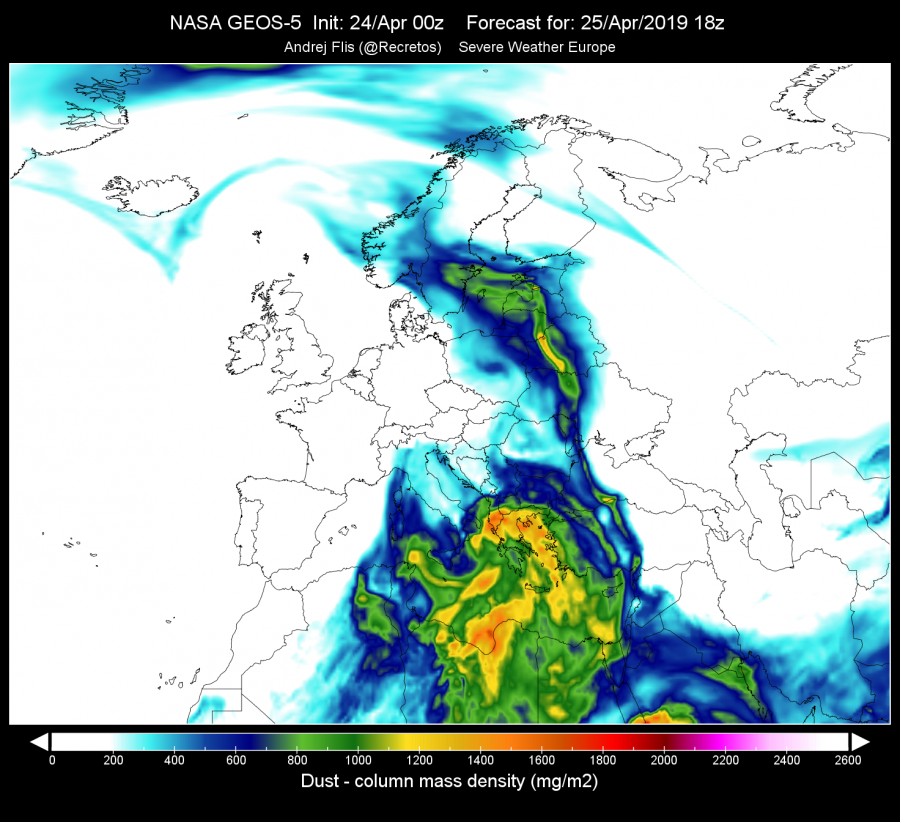 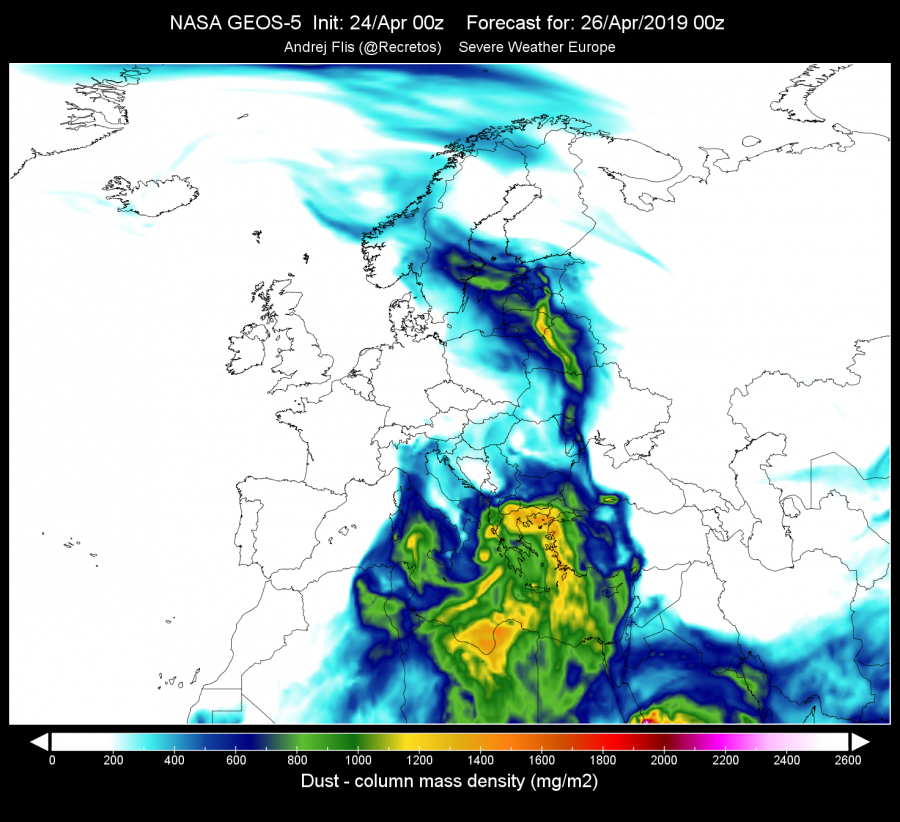 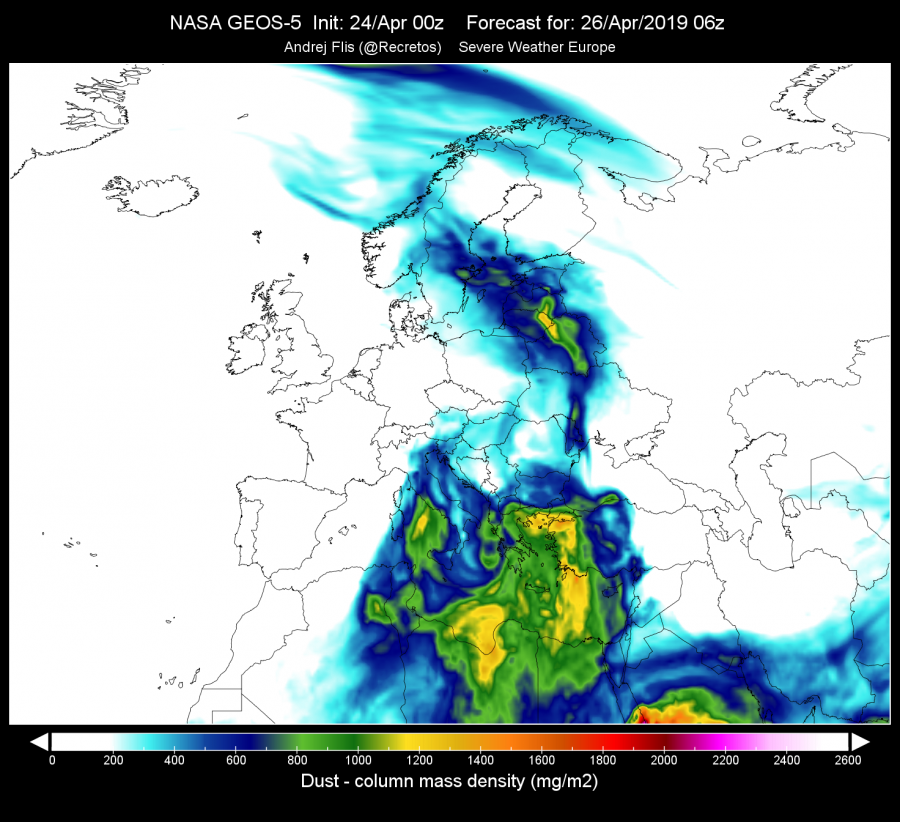 While Saharan dust events are not rare, particularly across the Mediterranean and southern Europe, the current one is very extensive and is producing major dust loads.