An upper low has ejected from the main west European upper trough across the Alps and is now moving across S Mediterranean and S Balkans towards SE. An associated surface cyclone with the frontal system is resulting in torrential and locally excessive rainfall with both storms and orographic rainfall across eastern Greece, with also a good amount of snow further NNW into the higher terrain of North Macedonia and surroundings. Excessive rainfall could bring dangerous flash floods through the next 24 hours.

Pattern over Europe is supporting a very deep trough over North Atlantic and western Europe, an upper ridge over Baltic region and upper low over the southern Mediterranean. ESE low-level flow is established to the east of the core, resulting in persisting orographic precipitation into the eastern Thessaly region (Greece), combined with convective (training) storms fueling by the marginal instability from the still-warm Aegean sea. 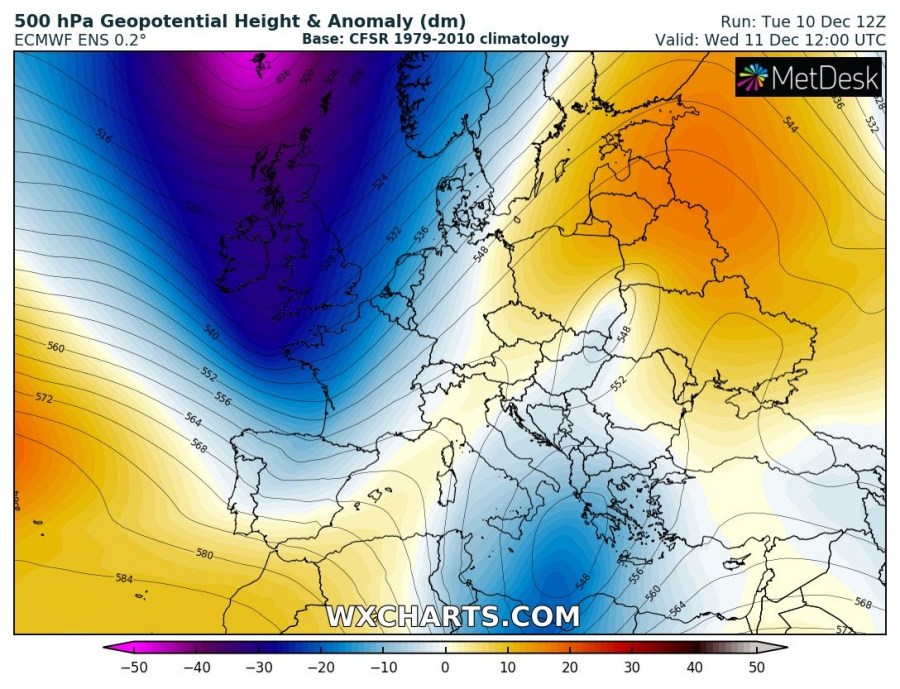 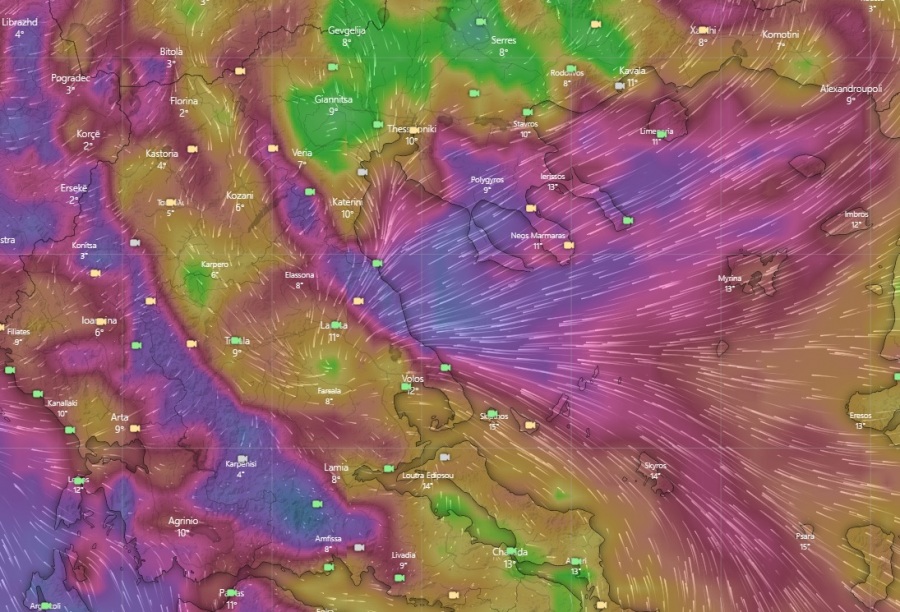 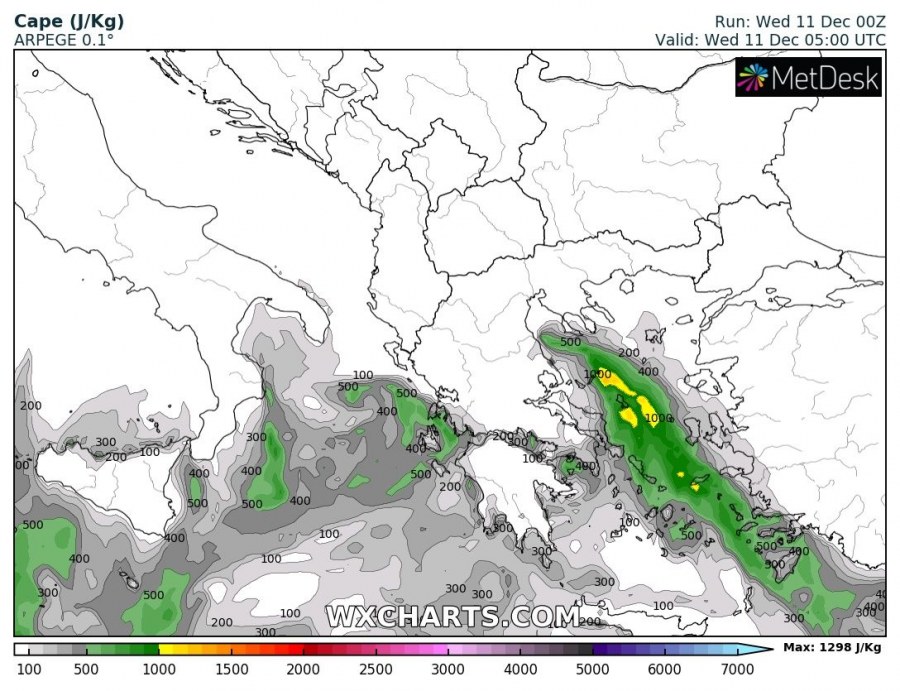 Rainfall amounts until midnight are expected to reach another 100-130 mm today (Wednesday, Dec 11th), so, therefore, the total will exceed 200-250 mm locally, worsening some flooding issues this evening. 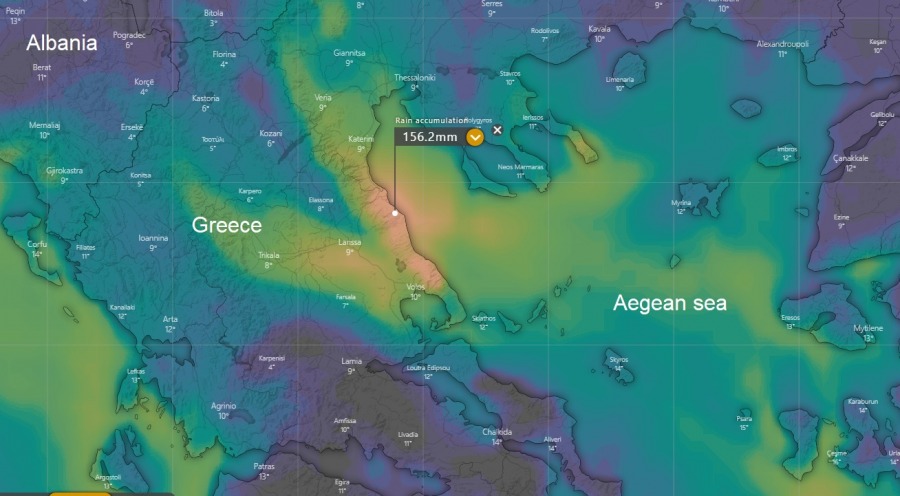 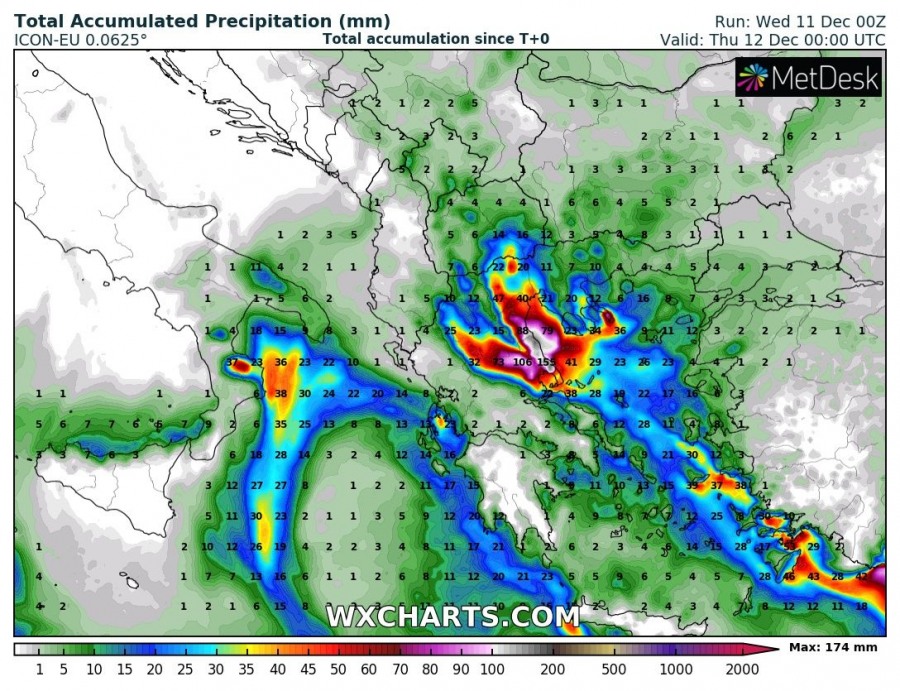 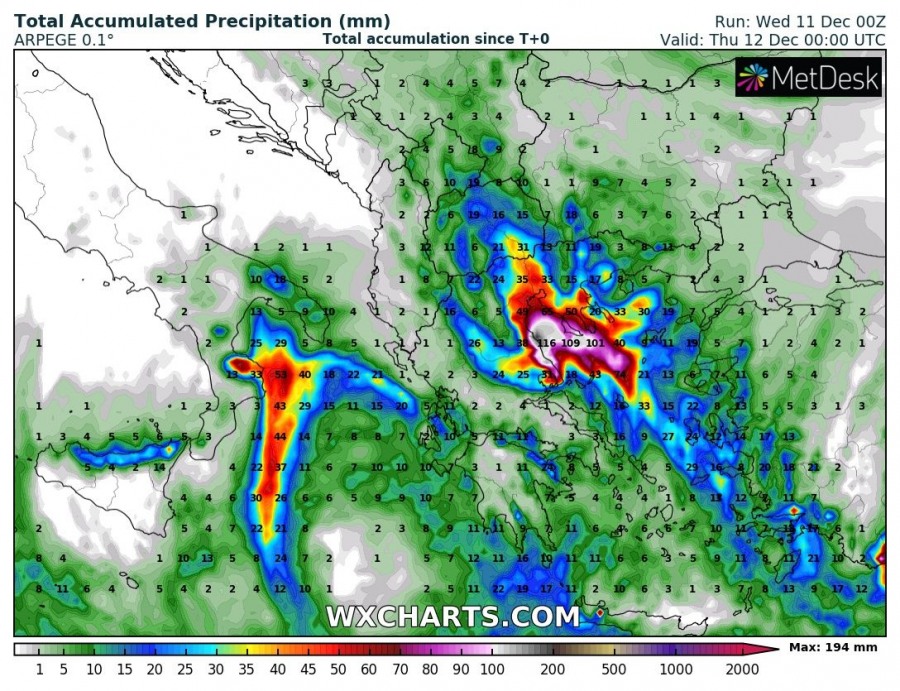 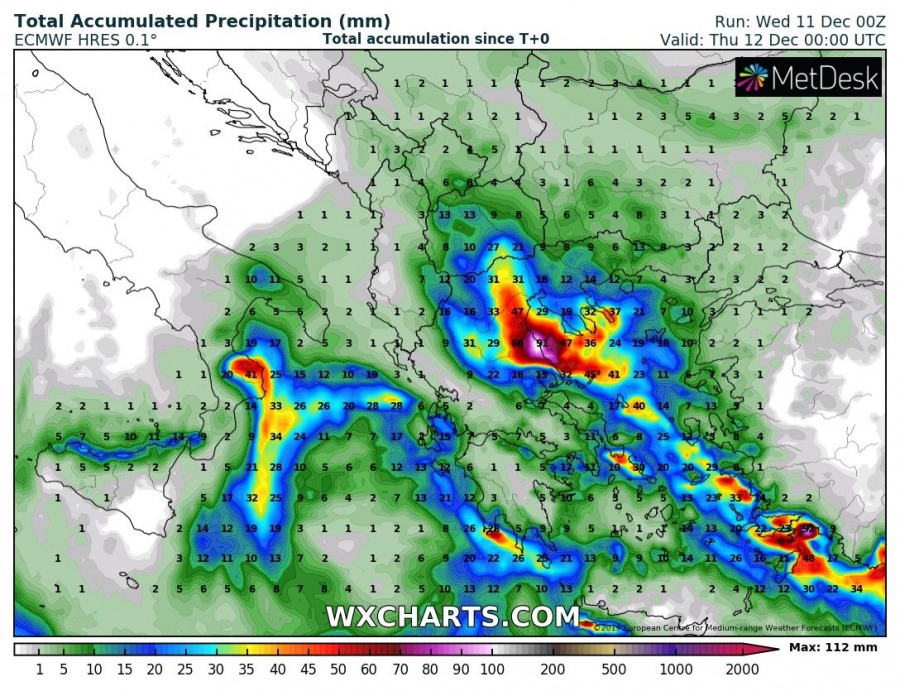 Some fresh snow is also expected further north across SW Balkan peninsula, precisely across higher elevations of N Greece, North Macedonia, W Bulgaria and S Serbia – however, 15-30 cm at max over the mountains. 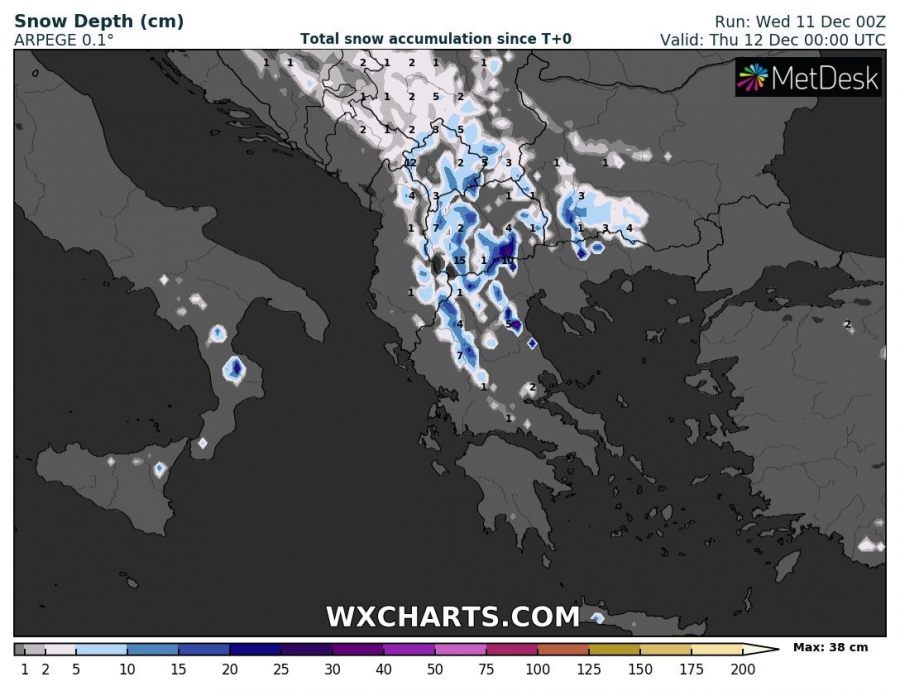