The blocking ridge pattern over Europe continues, resulting in yet another deep trough / upper low sliding into the southeastern parts of Europe – across the Balkan peninsula, Black Sea region and Turkey. The potentially dangerous frontal system delivers excessive rainfall with local flooding and especially huge amounts of snow into parts of Turkey. Additionally, severe winds result in significant wave heights across the Aegean sea. Some fresh snow is also expected across the south Balkans.

The developing pattern this weekend consists of a strengthening upper-level ridge across west-central Europe, while new upper low drifts south on ridge’s eastern flank into the S Balkans and Turkey. At the surface, strong cyclone develops over the Aegean sea and the eastern Mediterranean, gradually drifting east towards the Middle East. 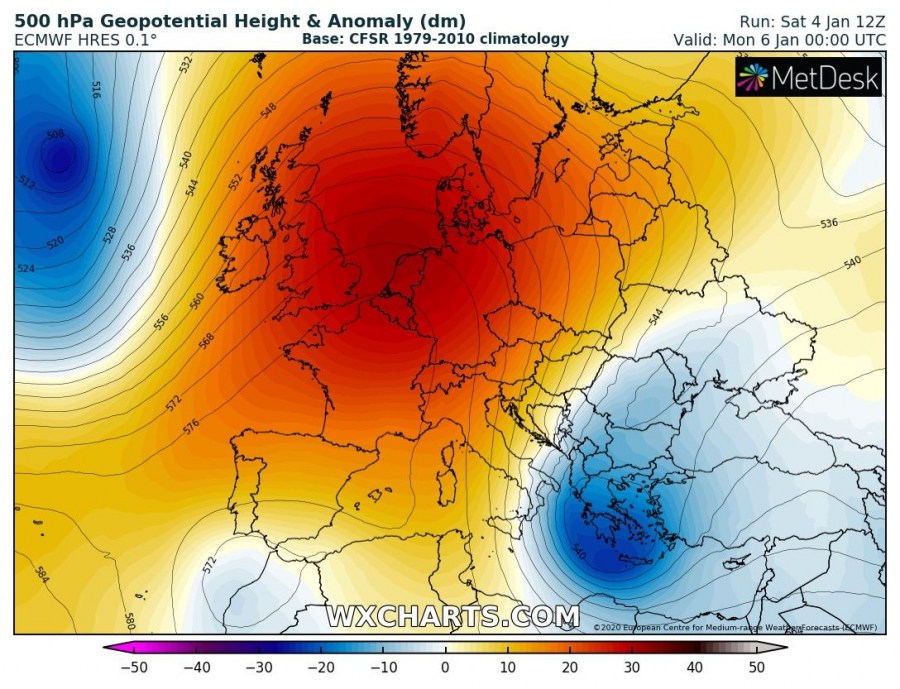 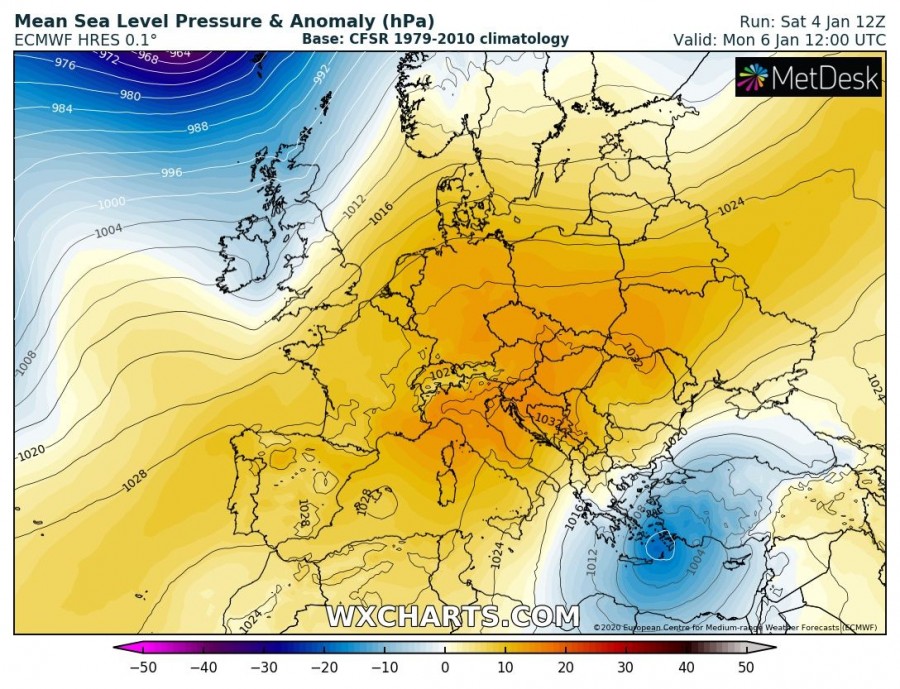 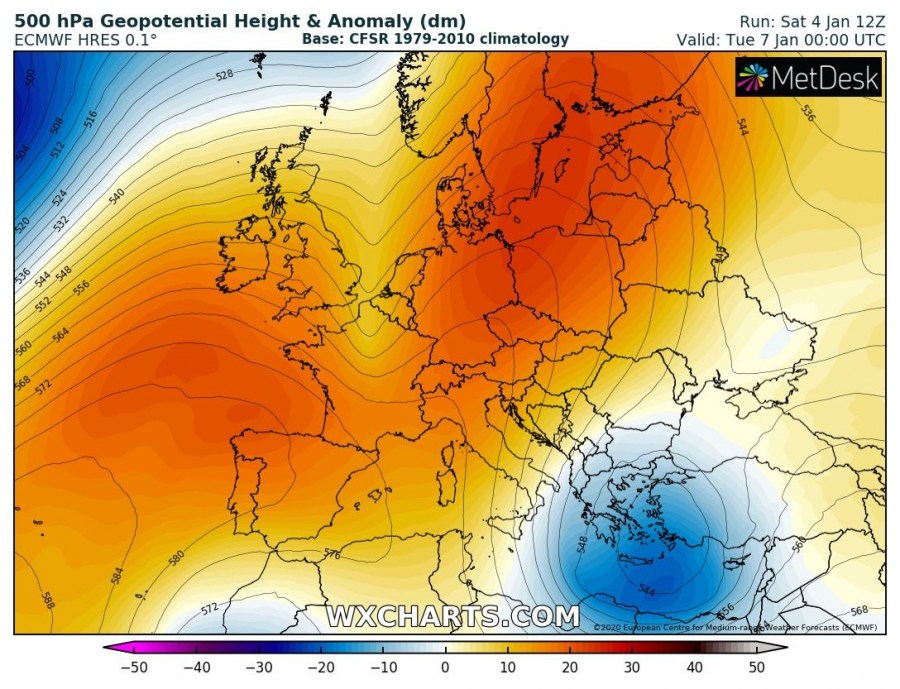 Attached is the 12-hour sequence of 850 mbar temperature anomaly, indicating a quite strong cold advection developing to the east of the main upper ridge, starting through mid-Sunday and intensifying towards Monday, gradually vanishing on Tuesday. Very cold 6-12 °C colder than normal airmass will spread across the Balkans and into the southern Mediterranean. 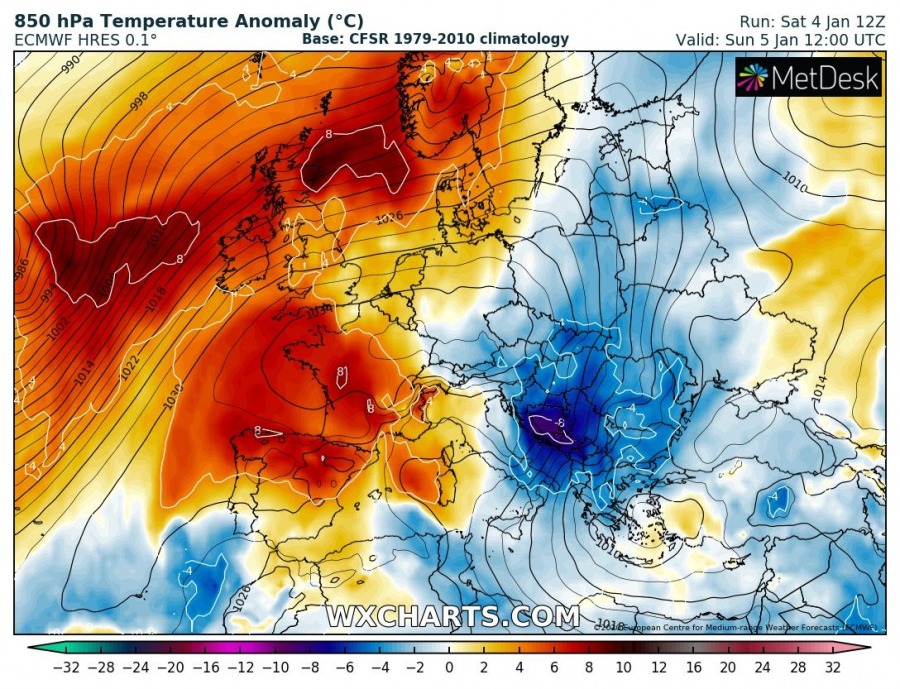 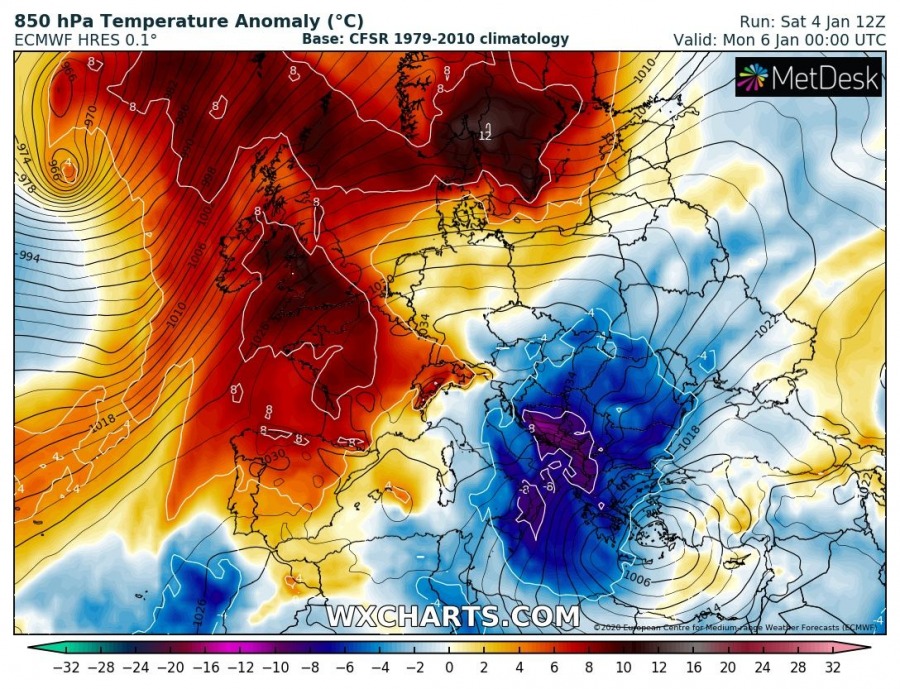 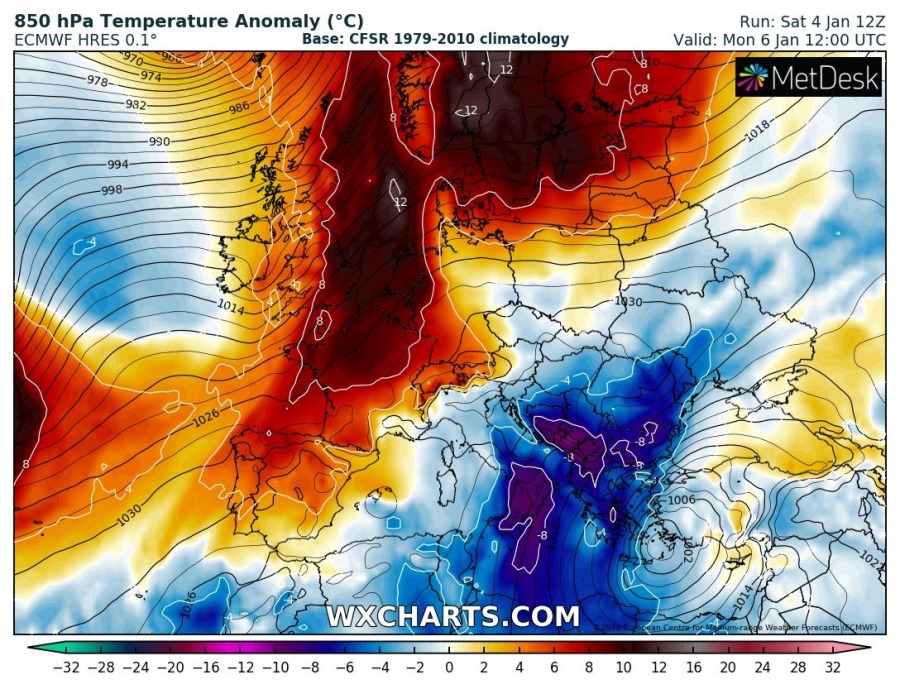 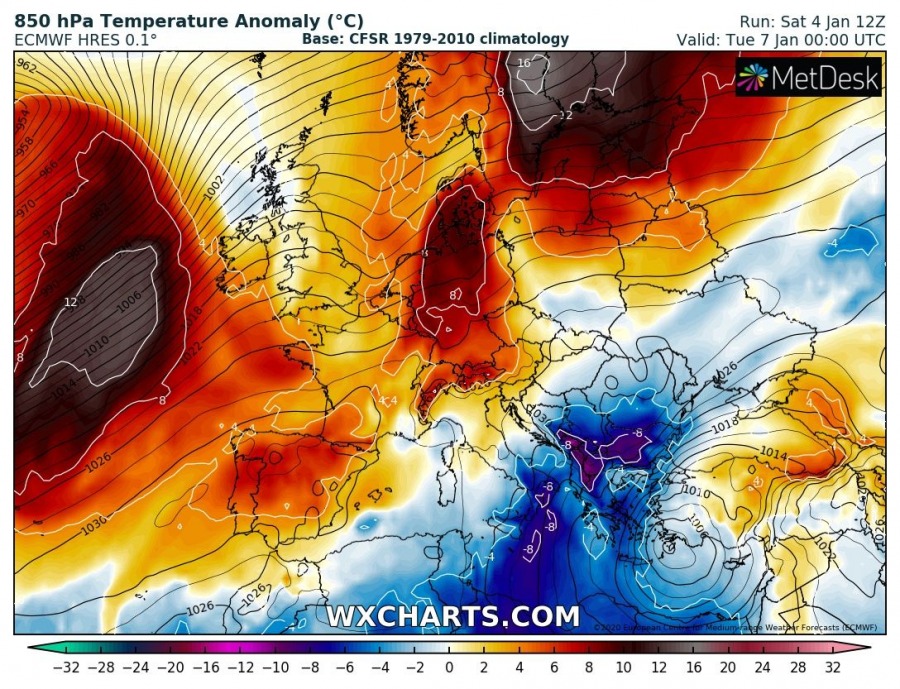 Huge amounts of rainfall are expected until late Tuesday, locally delivering 200-400 mm of total rainfall as persistent heavy orographic rainfall develops through the 72-hour period. Such amount should significantly enhance flooding potential along southern Turkey and the coast where most of the rainfall is expected. Storms will bring intense convective rainfall as well, rising the overall rainfall sums even more. 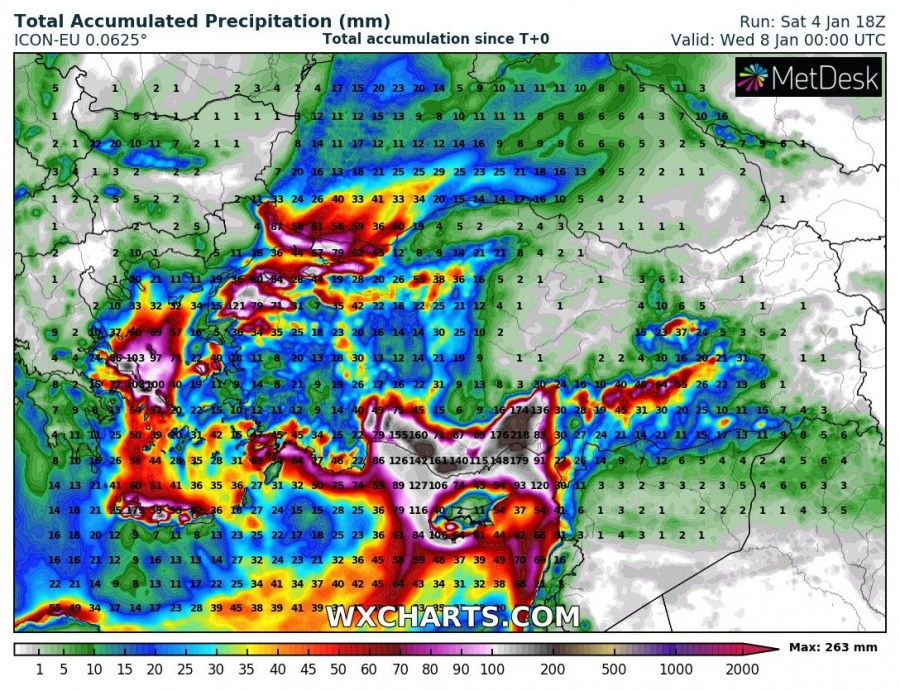 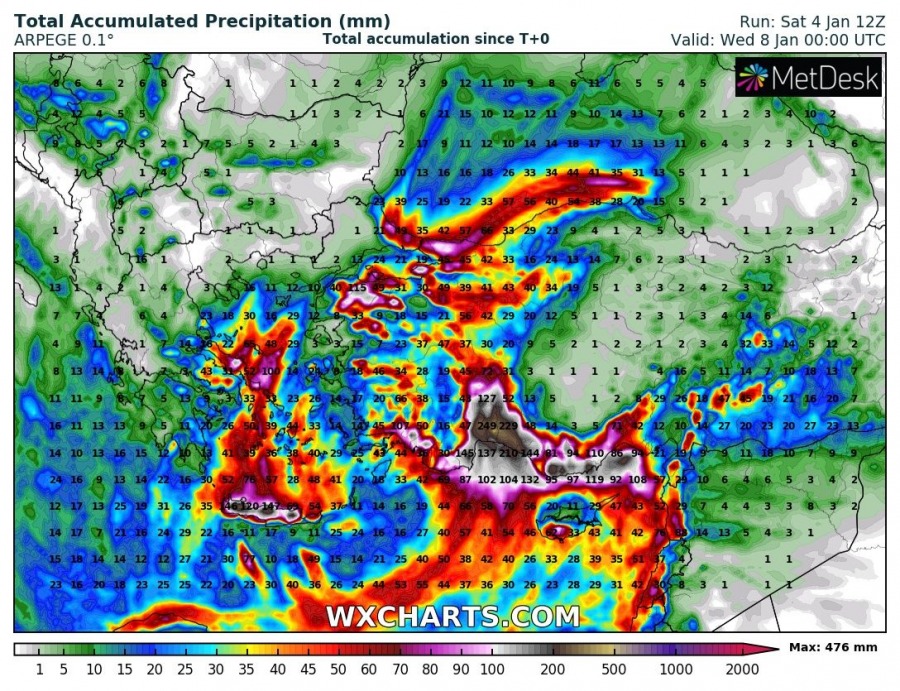 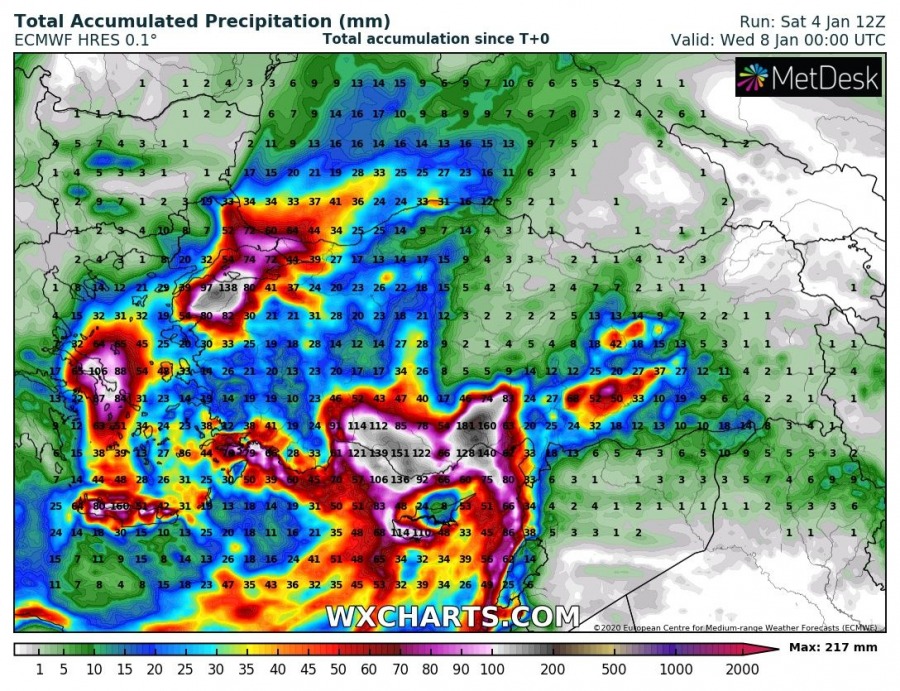 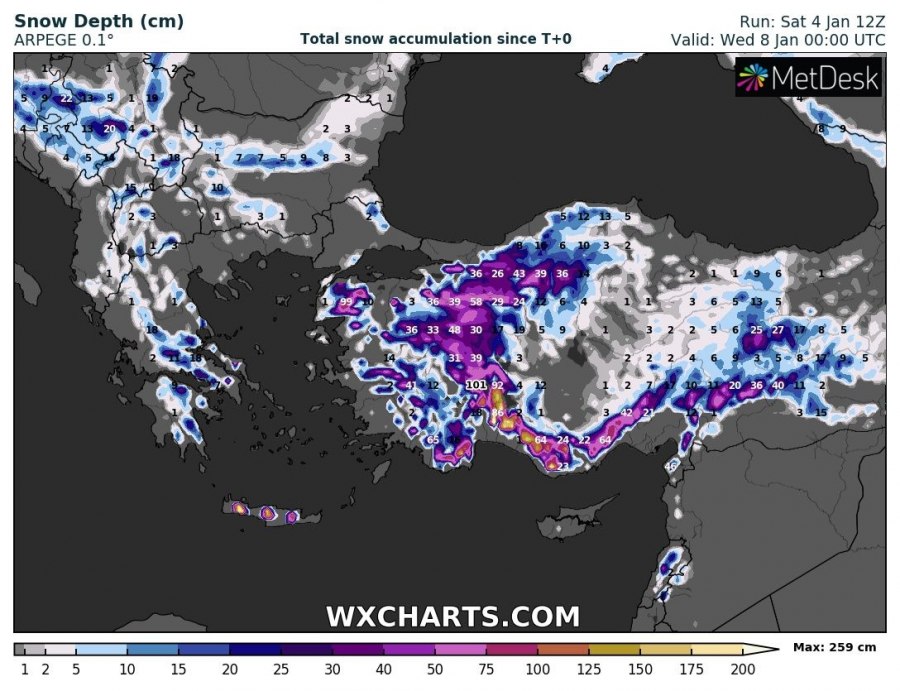 Tight pressure gradient between the ridge towards central Europe and low pressure over the eastern Mediterranean and Turkey will develop severe to extremely severe wind gusts from the SW Black sea across the Aegean sea towards S Greece and Crete. Peak gusts could locally exceed 120 km/h at the sea level and islands, while even higher gusts are expected over the mountains. 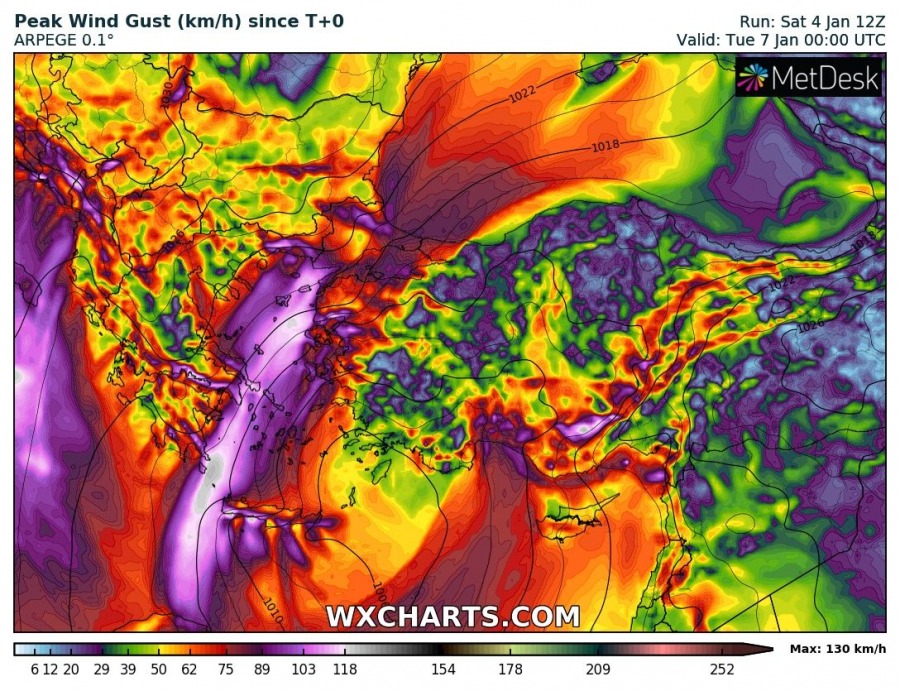 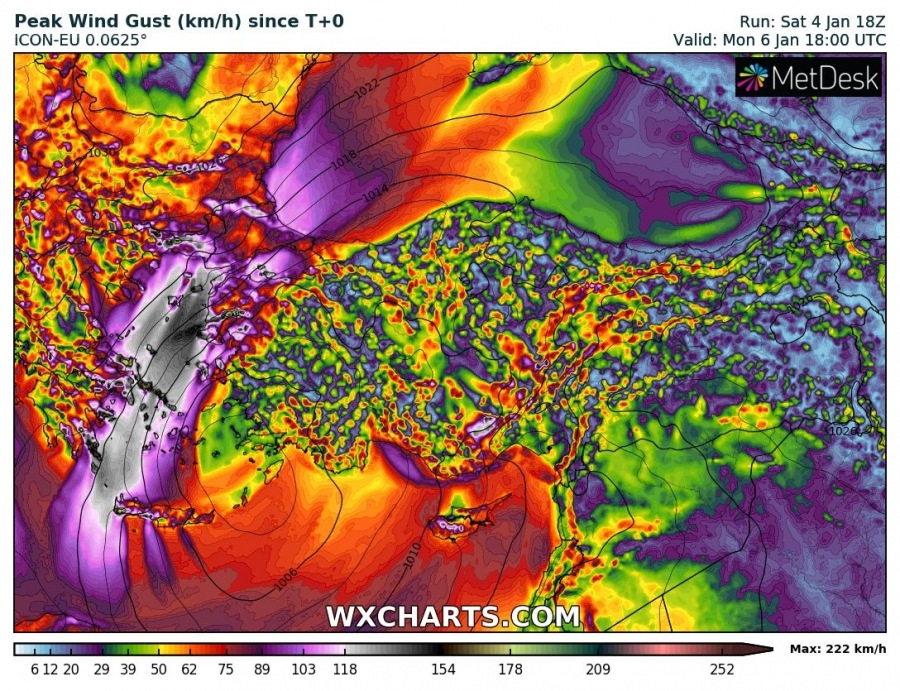 The result of persisting widespread severe to locally extremely severe winds with gusts in excess of 120 km/h will develop significant wave heights towards the south-southeastern Greek islands and towards Crete, those could exceed 10 meters! 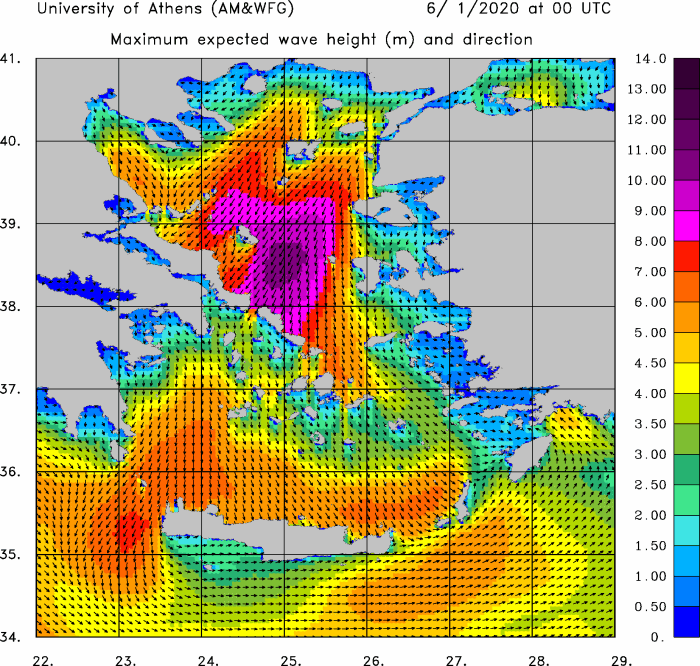 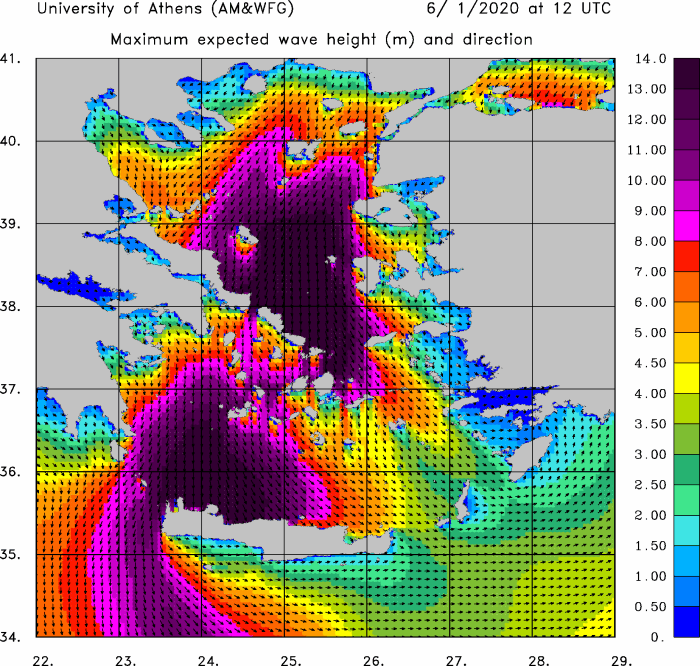 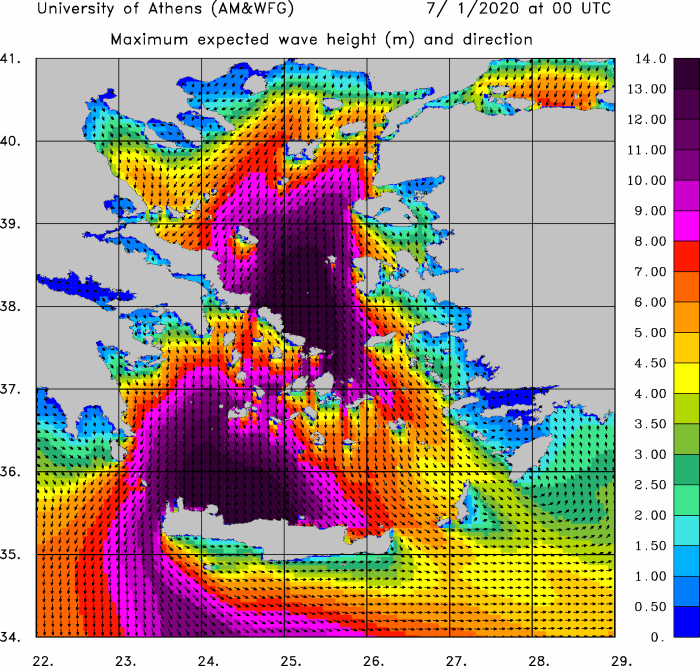 Stay alert for dangerous conditions and stay tuned for updates!