Many parts of Europe are still in for a major push of cold polar maritime airmass this week. Expect cold weather with temperatures well below average.

Cold polar maritime airmass wil advect south from the north Atlantic, reaching the UK and Ireland by late on Tuesday, pushing into central and northeastern Europe by late on Wednesday. It will reach the northern Mediterranean, southeast and east Europe by Thursday and advect eastward by the weekend. 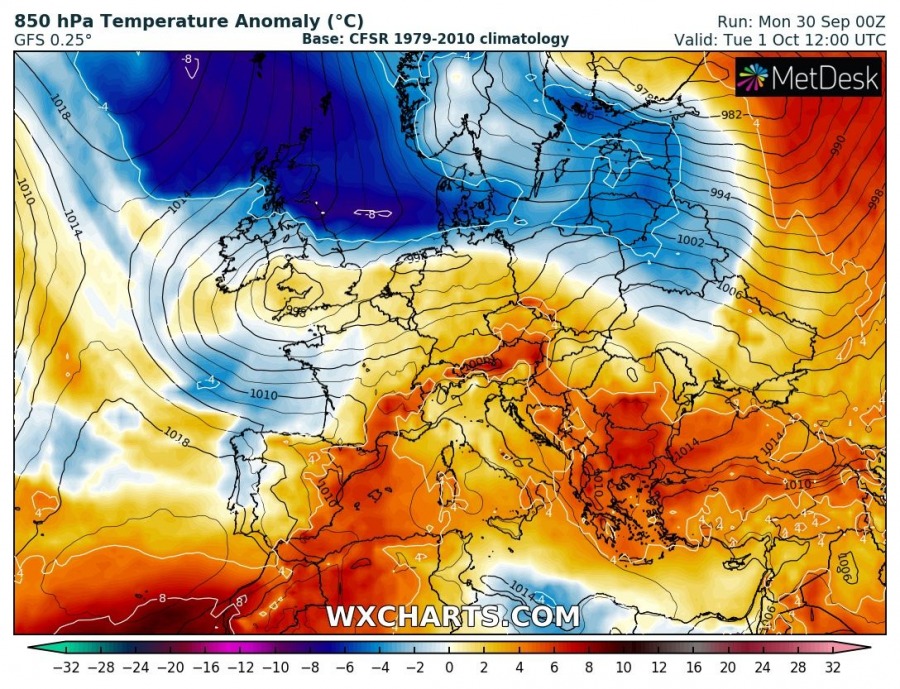 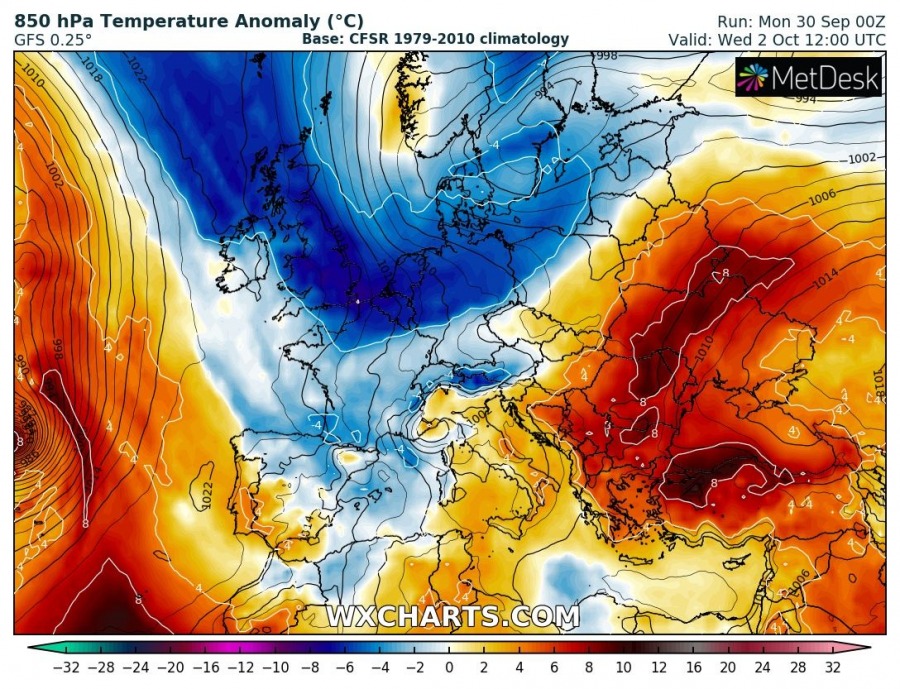 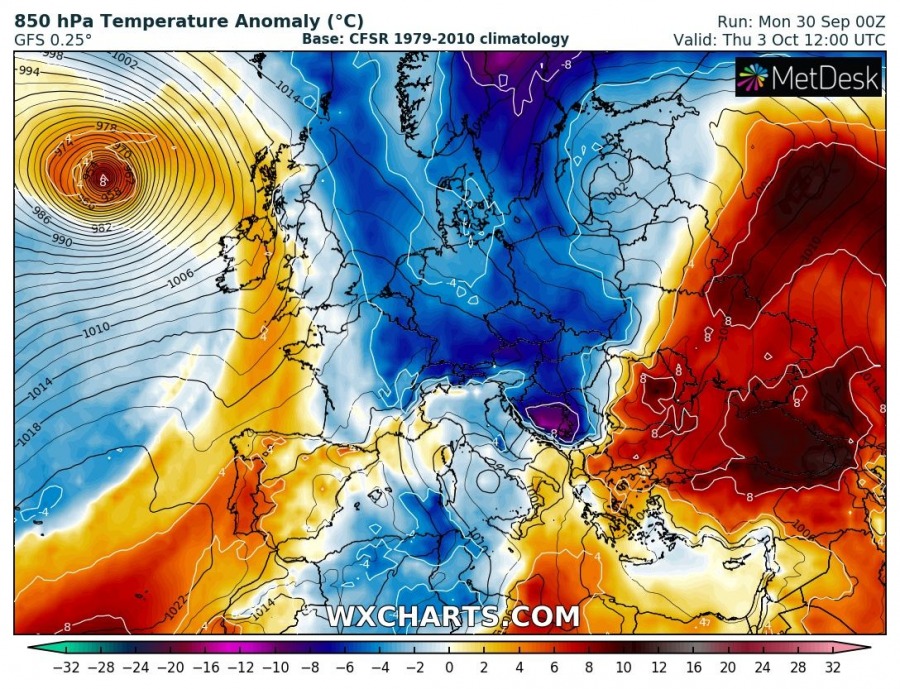 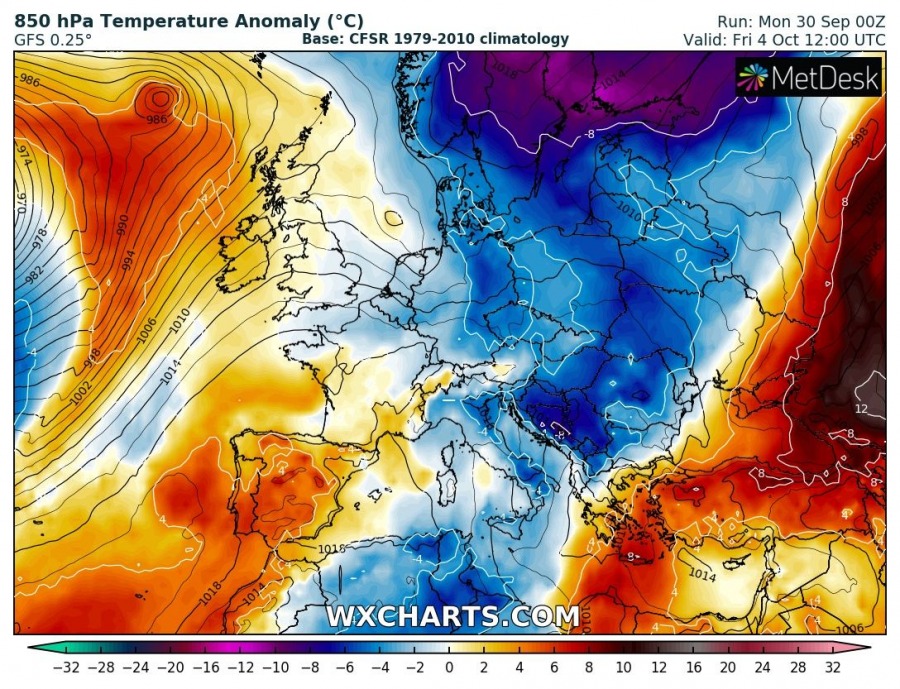 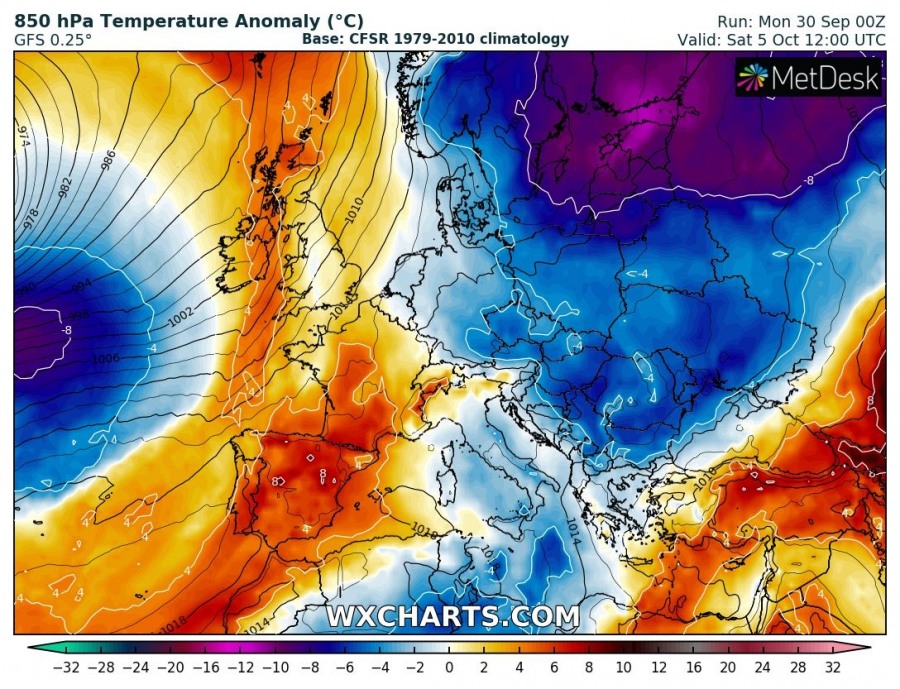 Temperatures will be up to 6-9 °C below average for this period. Morning lows will be near 0 °C in the wake of the cold front. Expect frost in many places with clear skies! 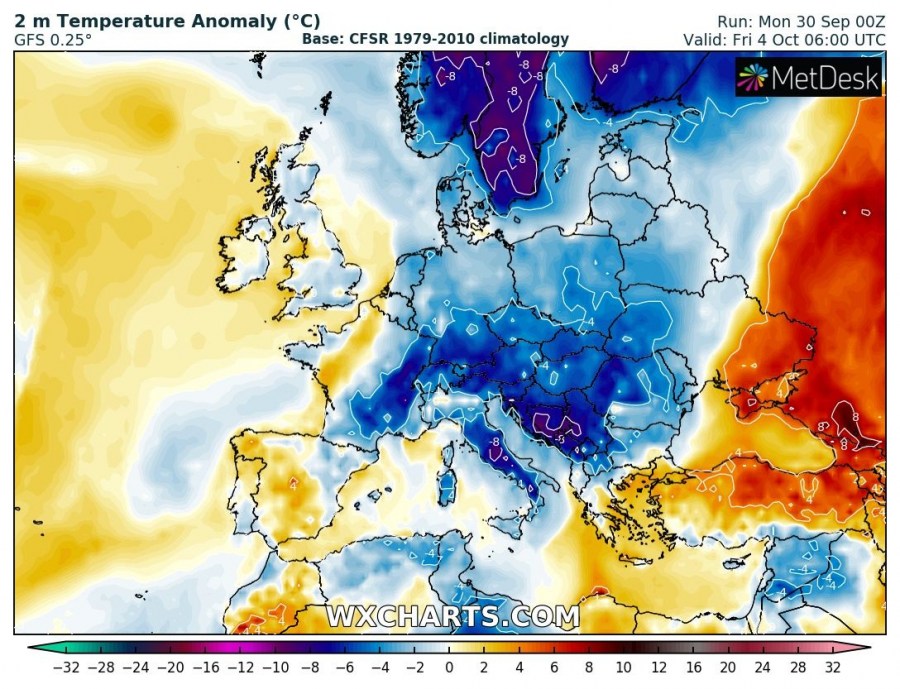 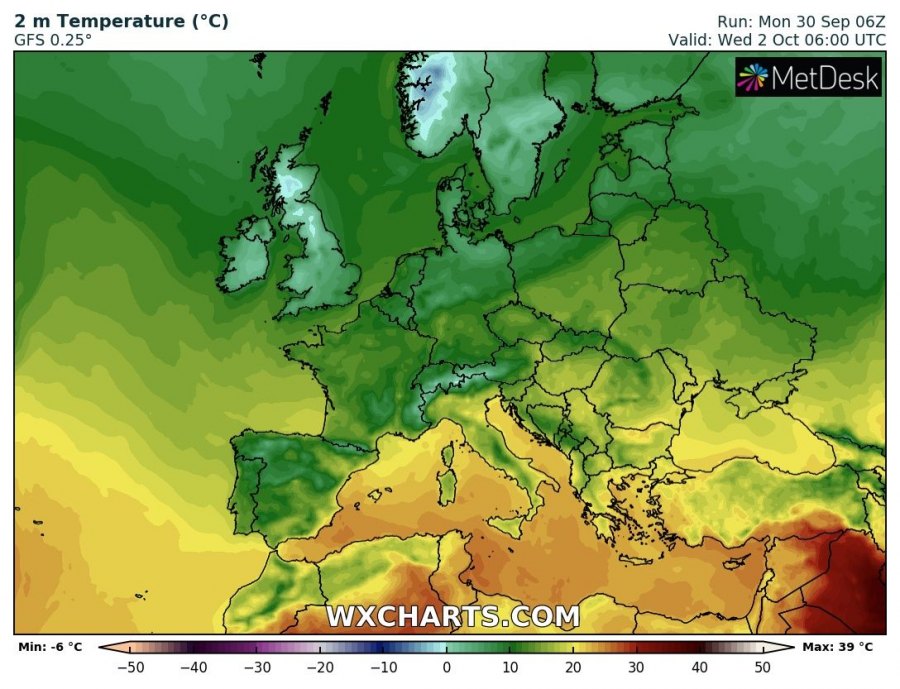 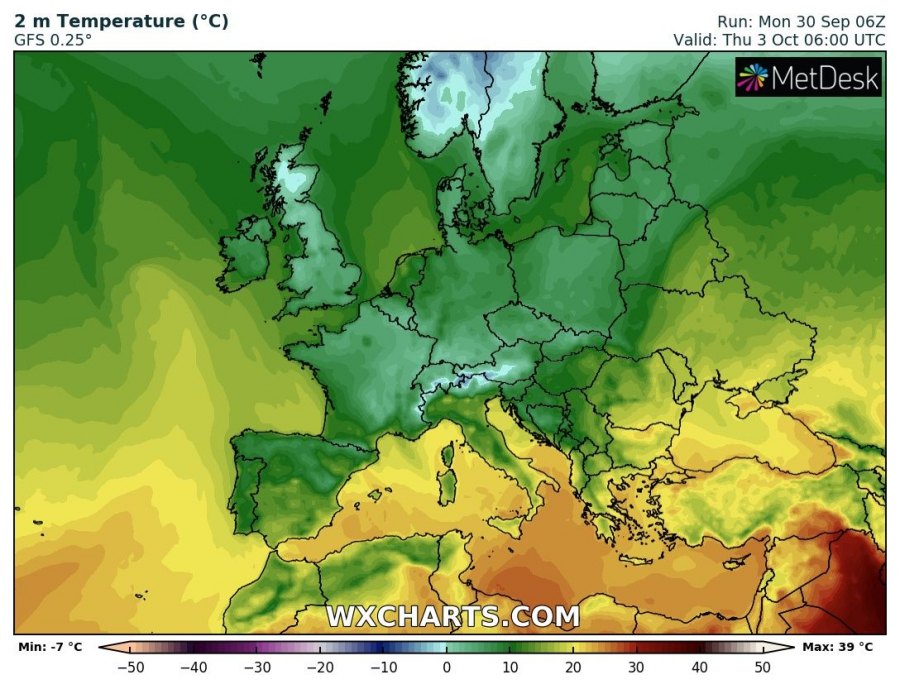 Severe thunderstorms in the north and central Mediterranean 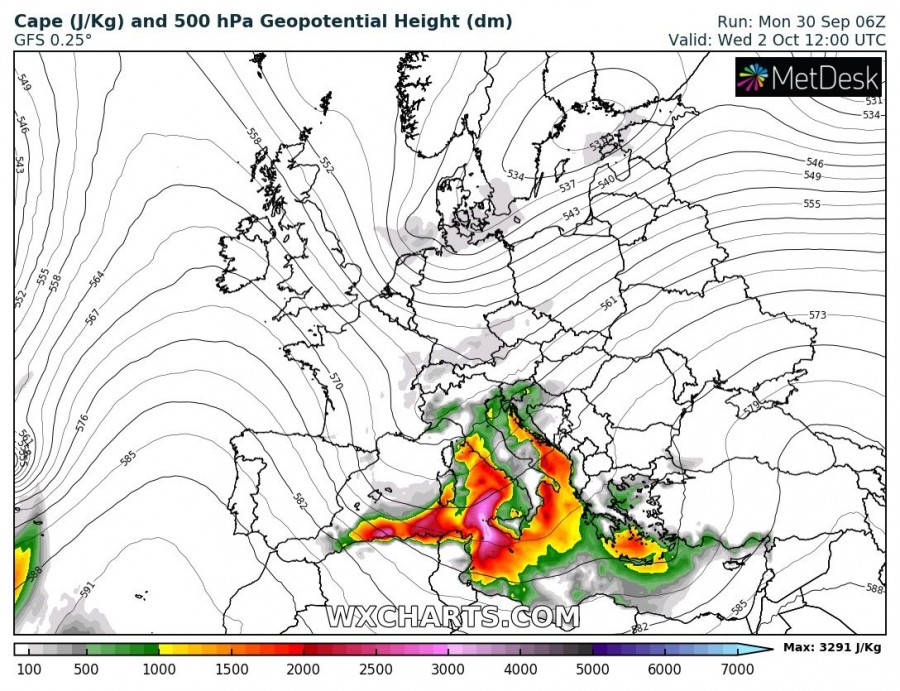 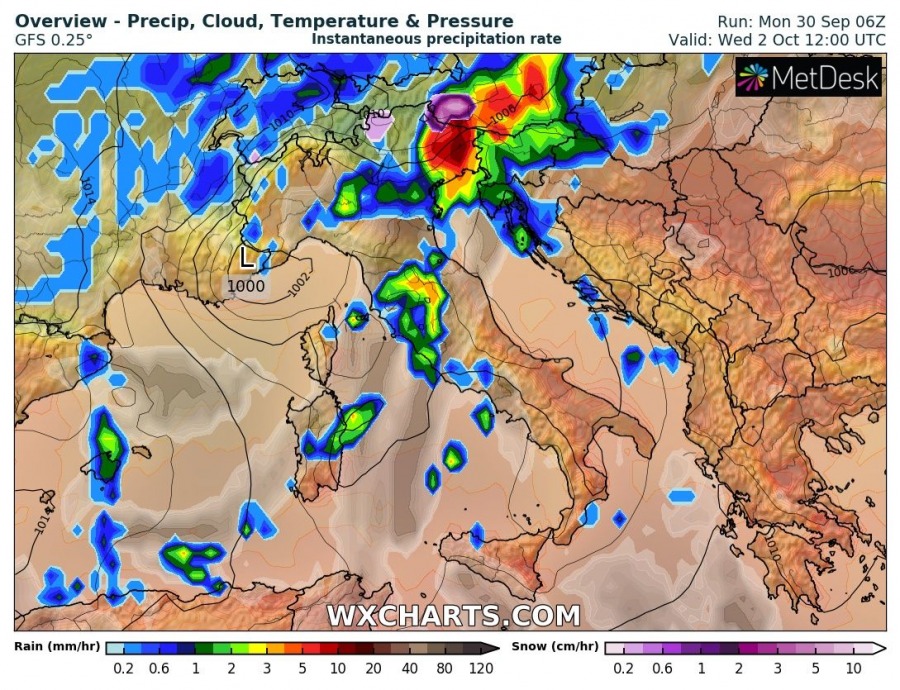 Snow in the northern Alps

Expect stau effect snowfall along the slopes of NW and N Alps in the wake of the cold front. Expect up to ~30 cm of snow at higher elevations. Detailed forecast coming tomorrow.