The Atlantic hurricane season continues, as we get a new tropical depression forming. It is forecast to become a named system by tomorrow.

The storm will be called Humberto. It is currently not projected to become a hurricane, but latest strength forecasts are not yet reliable, since the depression is not fully formed yet. Deep convection can already be seen on the satellite, rising around the center of the developing depression. 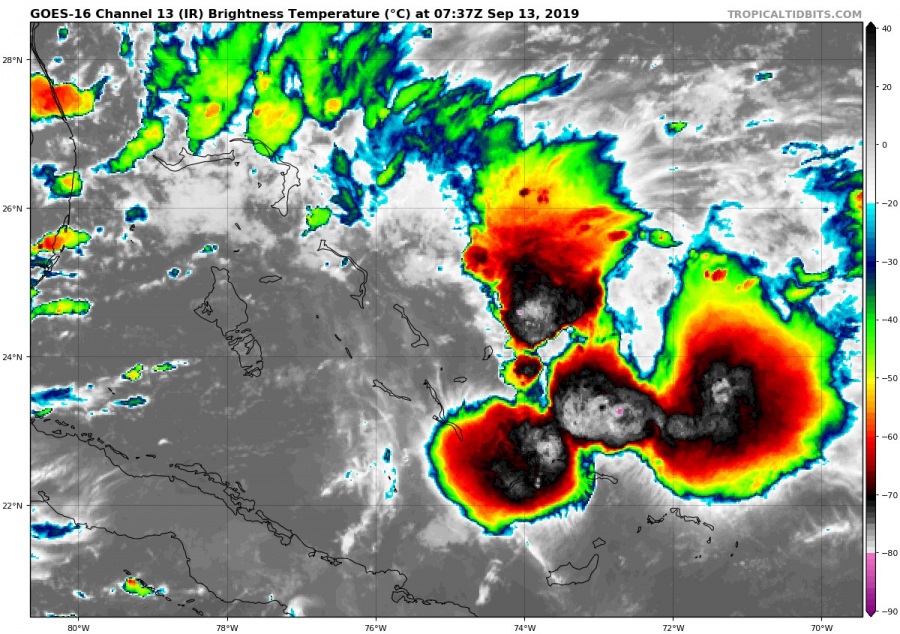 The official forecast is for the system to become a tropical storm, moving into Florida tomorrow.

General multi-model forecast is to bring tropical storm conditions to Florida, with over 100 liters of rain per square meter and gusts over 80 km/h. But these are just early projections, which will change as the developing depression gets more defined, providing the models with a better picture of the initial state of the storm.

HWRF model currently does not take the storm inland, but takes it out to open waters and strengthens it to a low category 3 hurricane. The HWRF model is currently not as reliable, since the depression is not fully formed, but it does give its own estimate on the path and strength of the developing storm.

Stay tuned as we monitor the progress and growth of this storm.

A Severe Tropical Cyclone #Uesi is passing near New Caledonia as a Category 3 strength, should approach southeast Australia on Friday 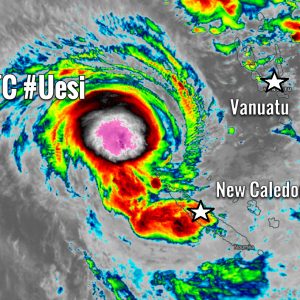 «Next Post Record south stratospheric warming brings cold to Australia and even reduces the size of the ozone hole!
Tropical Atlantic getting active. Invest-96L could develop into a major hurricane, impacting the Caribbeans. Previous Post»