Hurricane Helene gradually weakened this morning and is now a strong Tropical Storm with max sustained winds of 65 mph (105 km/h) and 992 mbar central pressure. Its future track will lead it towards the Azores by tomorrow afternoon (Saturday, Sept 15th) and then likely towards the British Isles and Ireland late on Monday. Models suggest it will remain a very powerful post-tropical storm once it approaches western Europe.

The most supported scenario of ex-Helene’s arrival into western Europe is nearing the SW Ireland on Monday late afternoon and evening time. Models have been quite consistent with this trend in the past 48 hours. 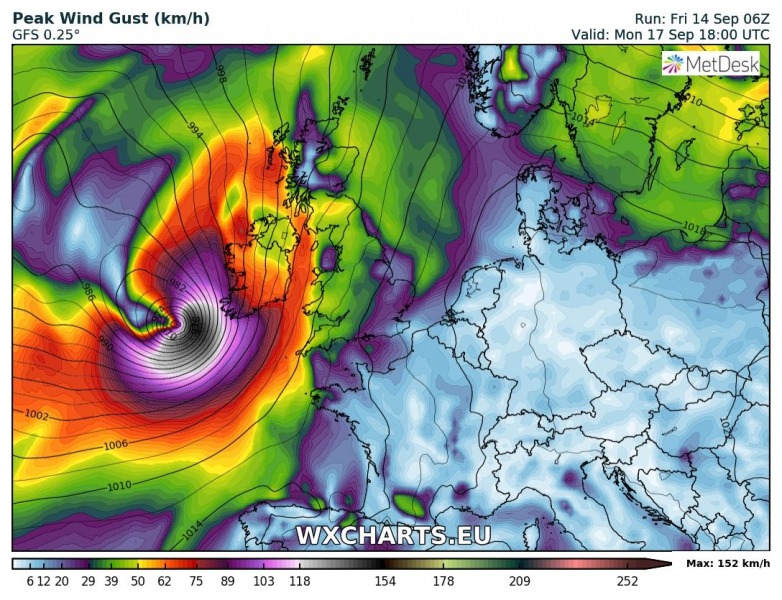 The transition into an extratropical cyclone will likely be completed within the next 48 hours, around the time that Helene will pass just near or over the Azores. Models suggest severe winds will hit the western islands the most, below is a comparison of GFS and HWRF models: 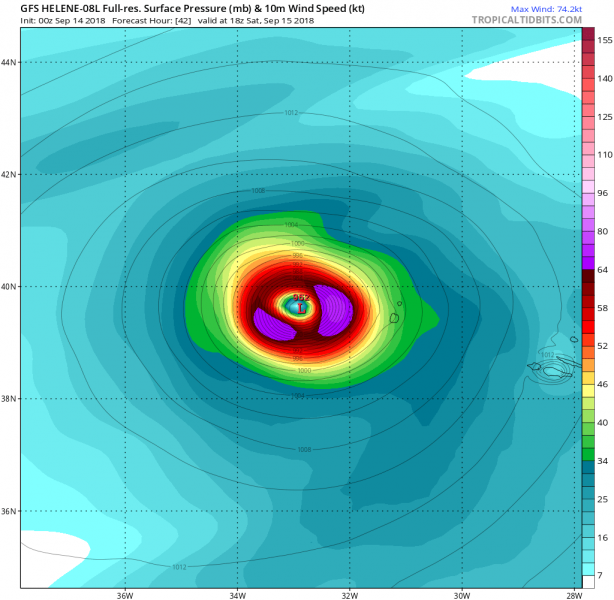 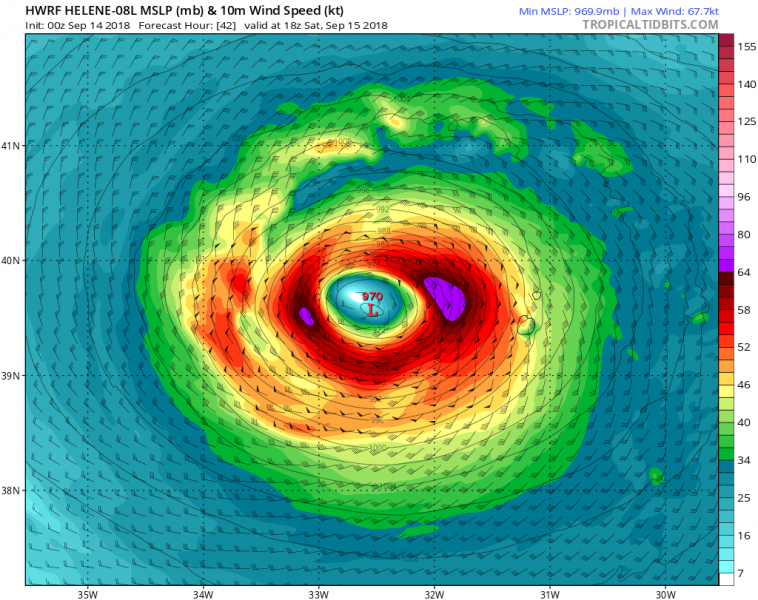 Various models are confirming the likely track towards the British Isles and Ireland, where the majority of the models runs suggest WSW Ireland would experience a direct hit with 100-150 km/h wind gusts. 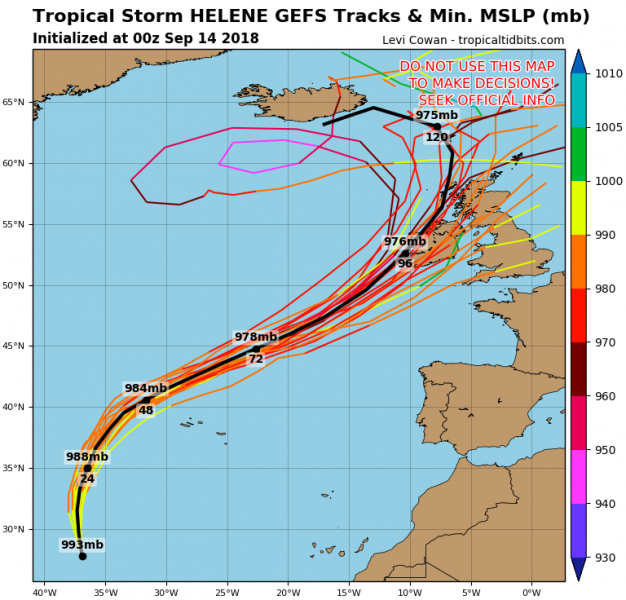 The government of Portugal has issued an orange wind warning for the Azores, equivalent to a tropical storm warning. Tropical Storm conditions with gusty winds and heavy rains are likely over the weekend as Helene passes the islands, regardless of whether the cyclone is a tropical storm or post-tropical. 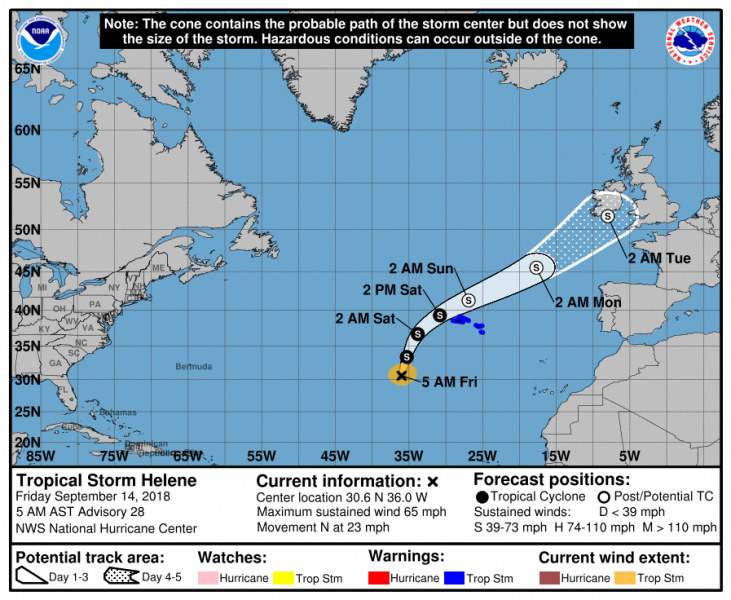 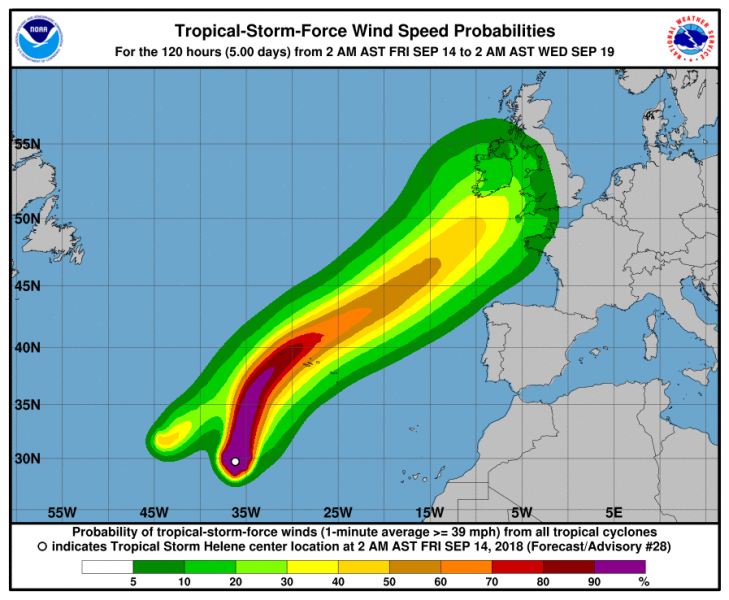 Still a few days away, so some uncertainties exist and the cyclone’s track can change significantly. Some models (e.g. ARPEGE) are trending towards NW Iberia instead. 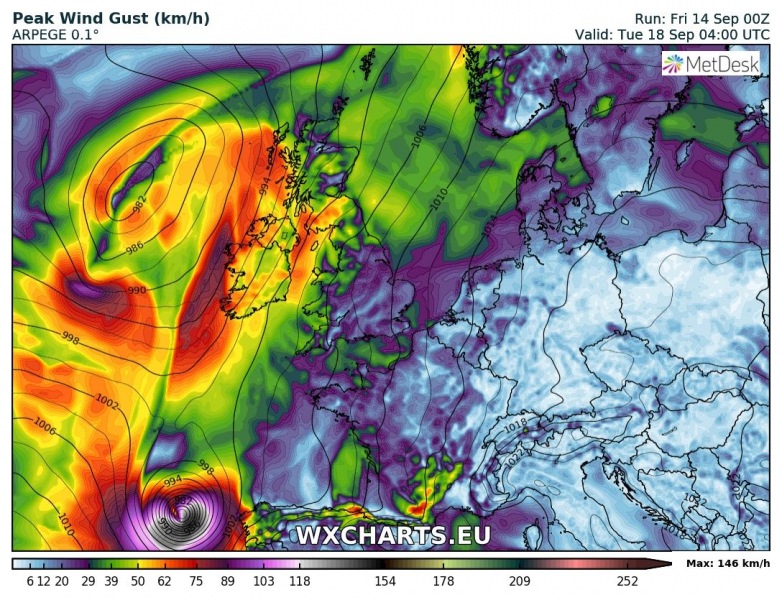 Here are some additional model comparisons of the ex-Helene track towards the western Europe: 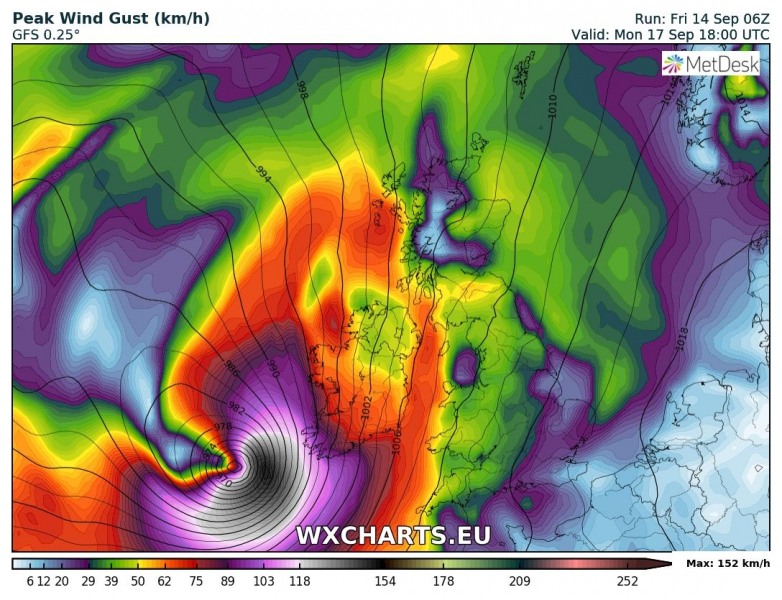 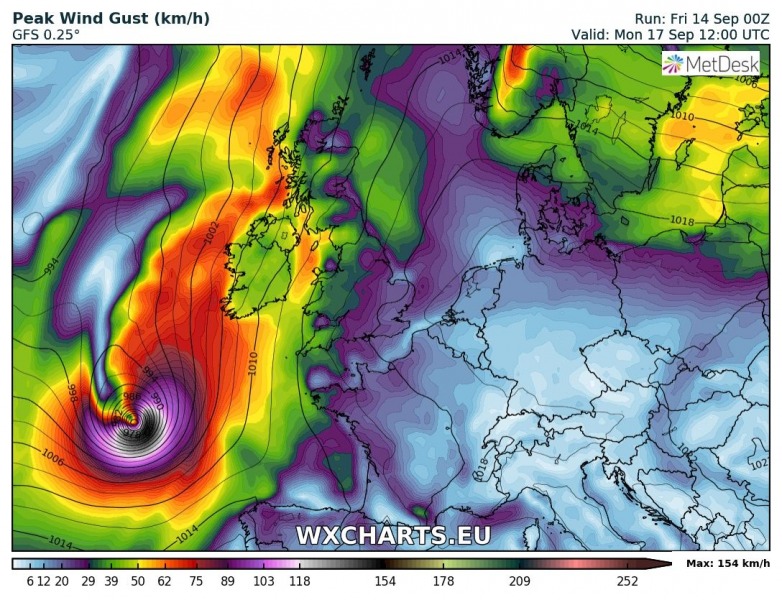 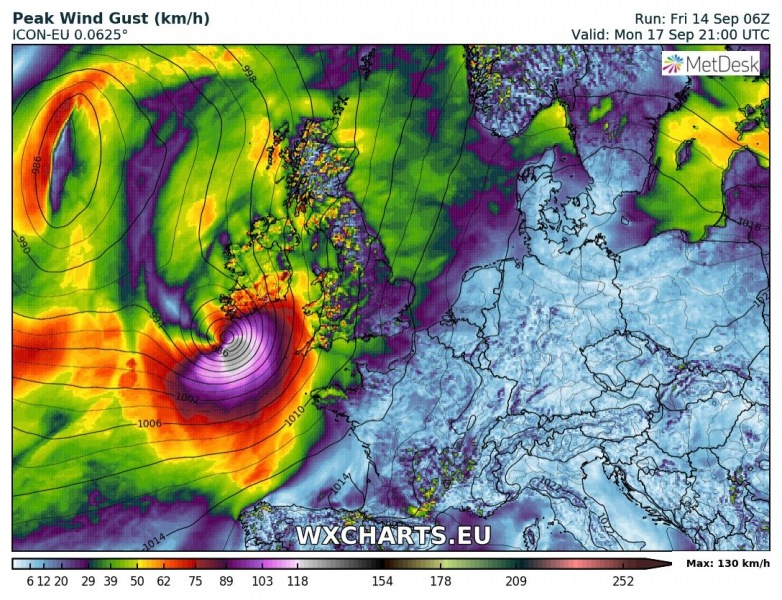 Large swell / high waves will be associated with the cyclone as it contains a large wind field. Strong winds and storm surge combined with high tide could locally do some serious damage in the coastal areas of Ireland and Wales. 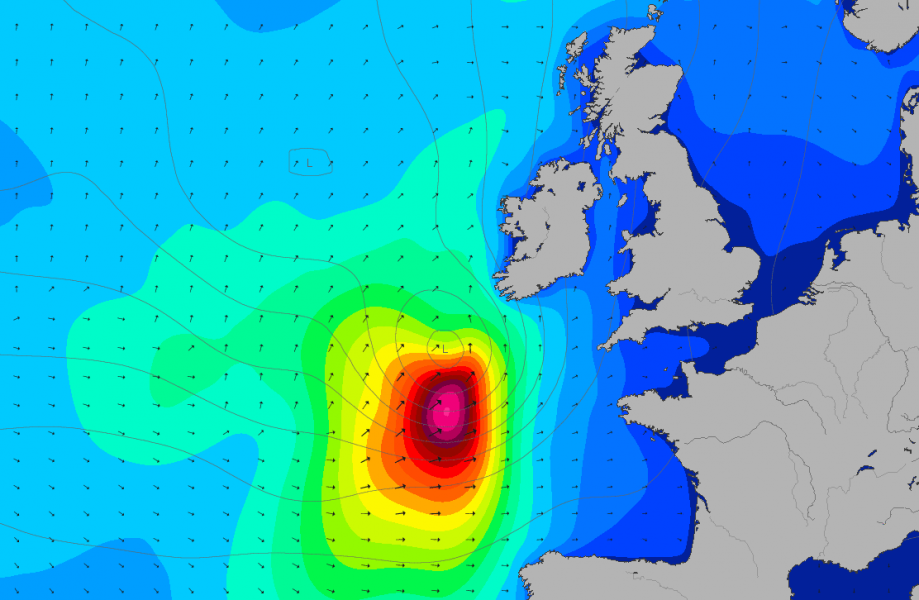 We are closely monitoring the evolution of this potentially dangerous cyclone towards Ireland, so expect further updates on this soon. 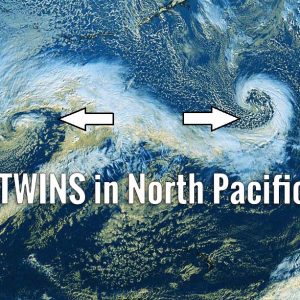 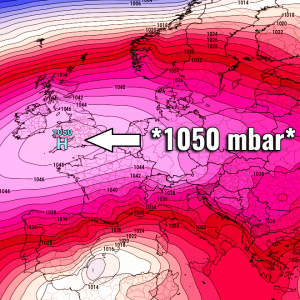