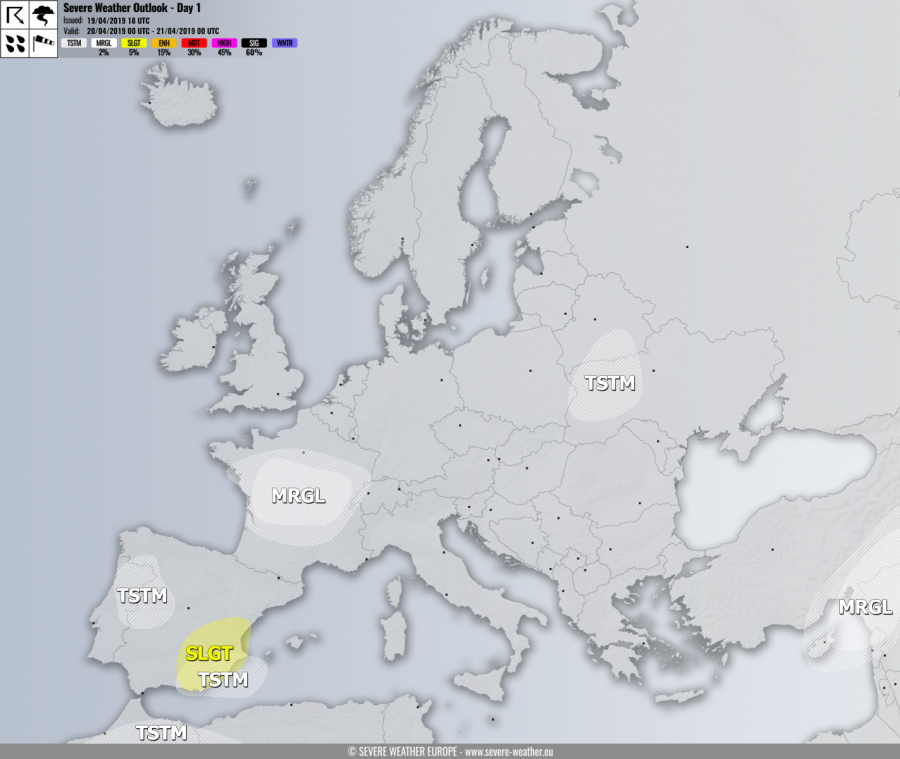 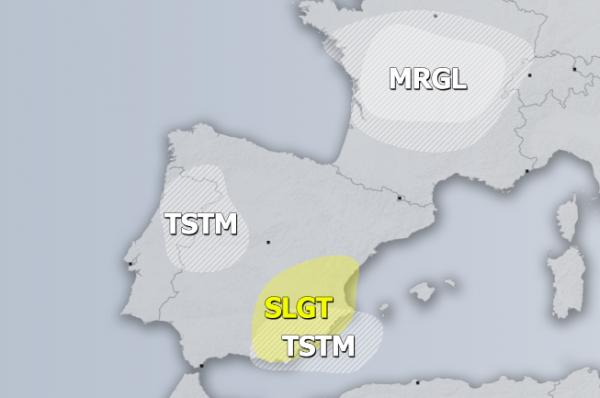 SLGT risk has been issued for SE Spain with threat for excessive rainfall, both from convective and stratiform precipitation. Strong persisting ESE moist flow will continue and locally rainfall sums could exceed 120 mm again. Northern parts of the SLGT risk area should also experience severe winds, locally in excess of 90-100 km/h.

MRGL risk has been issued for central France with isolated threat for severe storms, mainly with marginal hail (with accumulation), heavy rainfall and strong winds.

MRGL risk has been issued for SE Turkey and Syria with isolated threat for severe storms, capable of producing severe winds, marginal hail and torrential rainfall.