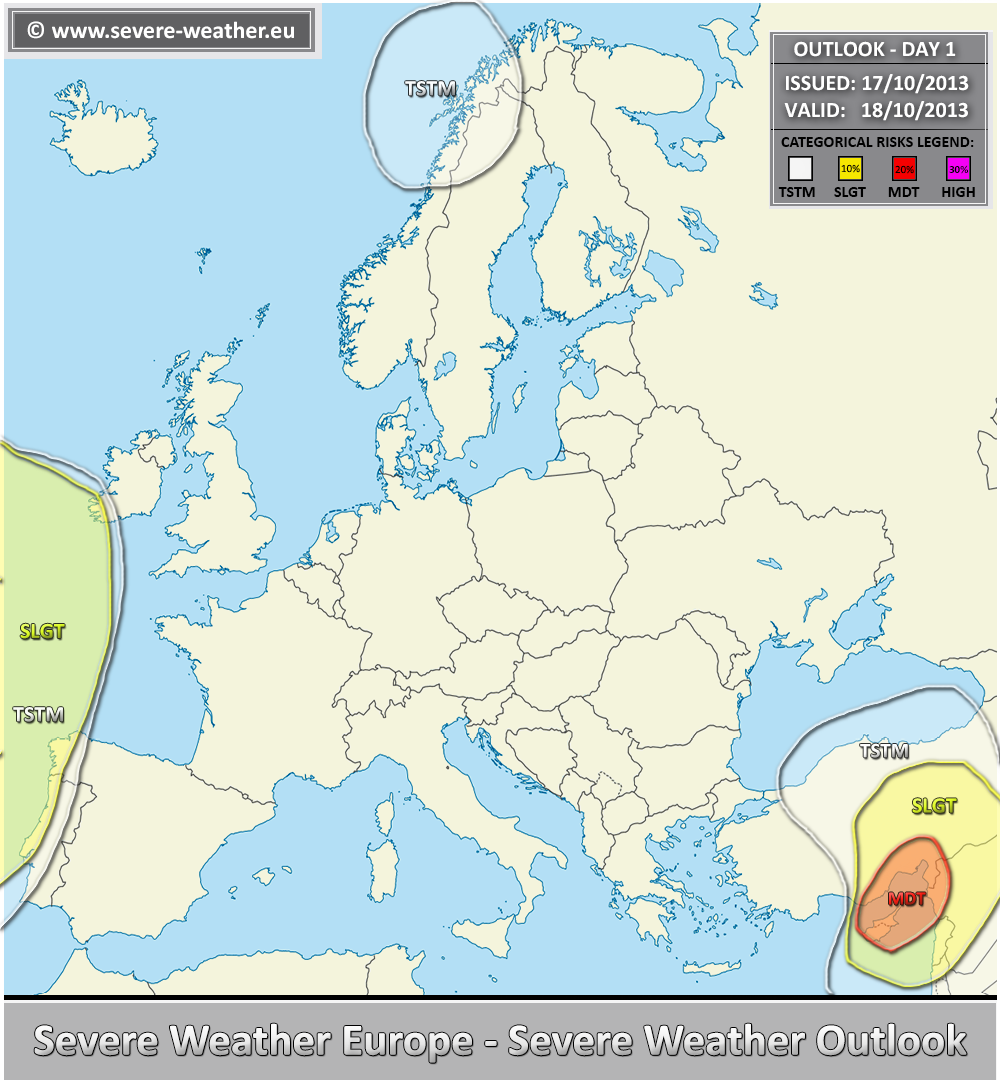 An upper low over turkey moving ENE and emerging with trough to the north. A long-wave trough developing over eastern Atlantic sea and moving into western Europe.

A MDT risk has been issued for Cyprus into coastal SE Turkey with threat for tornadoes, heavy convective rain, large hail and severe winds. Threat will be maximimed between 00 and 12 UTC.

A SLGT risk has been issued for surrounding areas of MDT risk over ESE Turkey into SE Mediterranean with threat for a waterspout or two, some stronger winds, marginal hail and heavy rain.

A SLGT risk has been issued for parts of eastern Atlantic sea and extreme WNW Iberia with threat for strong winds and heavy rain. Some low probabilities exist even for a funnel cloud or brief tornado given the enhanced LL shrear / SREH around the NW Iberian coastal areas.

Another area of interest will be TSTM area over parts of northern Scandinavia where very steep low-level lapse rates and some instability could produce funnel clouds or even a waterspout or two, but threat too conditional to issue a SLGT risk.